ISL 2019-20: Match between NorthEast United and Bengaluru FC to be played behind closed doors due to unrest in Guwahati

Guwahati: For the first time in Indian Super League's history, the match between NorthEast United FC and Bengaluru FC on Wednesday will be played behind closed doors due to the unrest owing to the passage of the Citizenship (Amendment) Bill. 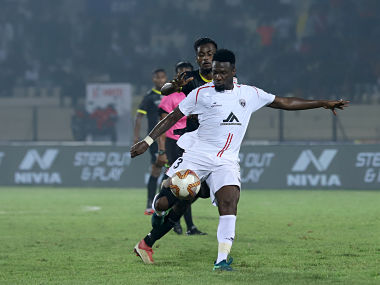 "Hero Indian Super League Match 40 at Guwahati between NorthEast United FC vs Bengaluru FC, scheduled on Wednesday, 18th December will now be played behind closed doors," said a statement from the league.

"The decision has been taken by Football Sports Development Limited after due consultation and guidance from the city authorities. The League holds safety of fans, players and staff of paramount importance, which has led to this decision," it added.

NorthEast United's earlier home match against Chennaiyin FC here was postponed after the host city was placed under a curfew following protests against the Citizenship (Amendment) Bill.

"As of now the match is on, our players are travelling to Guwahati by tomorrow morning flight from Bangalore," a BFC official told PTI.

Guwahati had plunged into chaos last week with early protests against the Citizenship (Amendment) Bill, forcing the authorities to place the state under curfew on 11 December night.

Assam, the gateway to the northeast, is calm now with curfew relaxed and people going about their lives normally. However, peaceful protests are continuing in Guwahati and other places.