Mumbai City FC has mutually decided to part ways with Assistant Coach Oscar Bruzon, the club has said in a statement.

“There have been differences in our football philosophy and both sides feel it’s best to part ways amicably,” CEO Indranil Das Blah said. 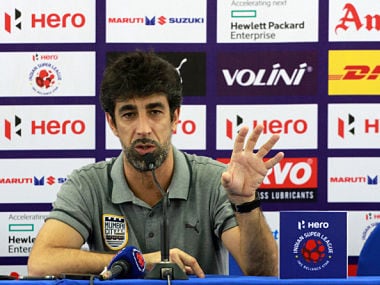 Mumbai City has had an up and down 2015 season in the ISL. The club is currently fourth in the table but the consistent, attacking football it was widely tipped to produce before the season hasn’t materialised. There have been games in which they have shone – Sunil Chhetri scored a memorable hat-trick against NorthEast United – but in others they have fired blanks. The players have often found their positions changing from game to game as well. Chhetri, for example, has been played up front on the left, on the right and through the middle.

Firstpost has learned that the players were confused about their roles, with Bruzon and player/coach Nicolas Anelka not quite seeing eye-to-eye.

“Honour means respecting my club, its players, the owners and the fans,” Bruzon was quoted as saying in the club’s statement. “I am proud of what I have done for the club in the little time I’ve spent here and I know that the club feels the same way. I would like to conclude by saying that it’s been an absolute honor and matter of pride being part of the Mumbai City FC family.”

The club has not named a successor for Bruzon, who is the second managerial casualty this season. Peter Taylor stepped down as manager of Kerala Blasters earlier in the season.