It is said that the only certainties in life are death and taxes. It is time to accept that Chennai Super Kings making it to the IPL Playoffs is one too. Eight seasons, eight top four finishes. As simple as that.

The team’s captain and talisman, Mahendra Singh Dhoni, acknowledges that. "Well, we have made it quite simple," he said when asked what the secret to the consistent success was. "A lot of teams emphasise bringing in youngsters and make them good players. We have not really done that, but you could say we have had international cricketers and made good captains of them." 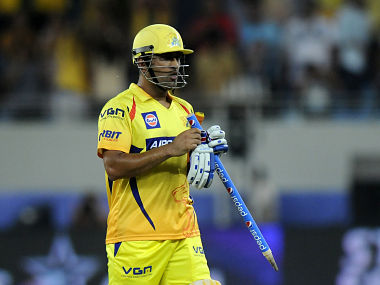 Another season, another playoff appearance for Dhoni's men. Photo: BCCI

In the eight seasons of IPL, it is at once amazing and blindingly obvious that Chennai are the only team to have had the same captain throughout. Marquee players have come and gone, auction records have been broken, but Chennai’s first marquee signing has led them - and led them with great success – every year.

The franchise got their first big decision right in 2008 to sign MS Dhoni as their most expensive player and have reaped the rewards for that since then.

It’s not just the captain, however. Year after year, the core of the team has been the same. Their head coach Stephen Fleming, if you recollect, was their opening batsman in the first season. They have Suresh Raina in their ranks, who has played every single game that CSK has played. Even Mike Hussey could not stay away from the franchise for more than a year, returning from Mumbai after just one season. You just have to see the reaction on social media when CSK made a change to their playing XI earlier this season – it was news!

The Super Kings have not been all conquering, however. Of the eight seasons, only twice have they finished top of the table after league play. They have won the title twice, a record they have to share with KKR. Even this year, they have not dominated. They have shown a tendency to struggle at the top of the order when one of the big-hitting openers fail to deliver. With Brendon McCullum leaving, they have to negotiate the playoffs with a very rusty Mike Hussey and an out-of-form Dwayne Smith.

But that is what Dhoni’s men do best. They adapt, they evolve and they find a way to win. They are a well-oiled machine. In footballing terms, they are a combination of German efficiency and a Jose Mourinho-esque knack of knowing how to do enough to win games.

With yet another round of playoffs awaiting them, one thing is certain. The Chennai Super Kings will be the team that is the most ready to tackle the pressure.