IPL 2017: From Steve Smith to Trent Boult, ten overseas players who can set the stage on fire

Glitz, glamour and high octane cricket. Yes, we have again approached that time of the year when all the eyes of the cricket are turned on India. It is time for the great Indian cricket carnival again. It is time for the Indian Premier League (IPL).

The atmosphere is already starting to build up and one can imagine it to reach feverish pitch by the time the final is played on 21 May. For a month-and-a-half, players from India and abroad will showcase their wares in what is, in every measure, a melting pot of world cricket. Indian finesse would fuse together with Aussie aggression, which will mix with Kiwi athleticism and blend with South African discipline. It would be a canvas awash with colours, largely in keeping with the flavour of the season.

Indeed one of the biggest strengths of the IPL is that it brings together best talents from all around the world to produce cricket high on intensity and quality. The tenth edition of the prestigious T20 league is no different. Who will be the overseas stars who could set the proverbial stage on fire this season? Let's take a look: Chris Gayle is an absolute master of the T20 format . AFP

The West Indian marauder would be a choice by default in this category. He missed the inaugural edition of the tournament in 2008 and did not have the best of times with the bat with Kolkata Knight Riders in 2009 and 2010. He was not bought in the auction for the fourth edition of the IPL in 2011, but was subsequently purchased by the Royal Challengers Banglaore and his IPL career skyrocketed with that signing. Soon he made his old franchise realise what they had lost by hammering a 55-ball 102 against them.

He added another hundred that year (2011) — off 46 balls against Kings XI Punjab — and made that season his own. That season he made an aggregate of 608 runs — the highest in the tournament, with a fearsome strike rate of 183.13, winning the Orange Cap in the process. He won the Orange Cap the next year too, in which he scored a mammoth 733 runs. And then in 2013, he did the unthinkable. He scored a hundred off 30 balls — the fastest in IPL history. He went on to put up 175 off 66 balls — the highest individual score in IPL history — in that match against the hapless Pune Warriors India.

The 17 sixes he hit in that innings is also the most by a batsman in an innings in the IPL. Gayle is the only player to figure thrice in the list of top ten fastest centuries in the IPL. The big Jamaican may have been totally off colour last year and had to be dropped, but being an absolute master of the T20 format with nearly 10,000 career runs and nearly 3,500 IPL runs, he is a top overseas player to watch out for, though RCB would hope he shows better form than he has been in the Pakistan Super League (PSL) lately. Stokes had been in fine form for England during the tour of India in all three formats, both with bat and ball. AFP

The big England all-rounder was pocketed by Rising Pune Supergiant for a massive Rs 14.5 crore at the player auctions on 20 February, making his the most expensive overseas player in the history of the IPL, and not without a reason.

A number of franchises, including Mumbai Indians, Sunrisers Hyderabad and Delhi Daredevils were interested in the Englishman, before Pune entered the bidding war late and netted the big fish.

Stokes had been in fine form for England during the tour of India in all three formats, both with bat and ball. He got a century and a fifer in the Test series and in the limited overs series that followed, he put up a Man of the Match performance in the third ODI of the series at the Eden Gardens in Kolkata with an unbeaten 57 and 3/63 to shape England's win.

He had also made more than useful contributions during England's tour of West Indies and is without the shadow of a doubt a great buy for Pune, who would be without two of their key overseas players — Kevin Pietersen and Mitchell Marsh. Stokes, a player in the mould of Andrew Flintoff, would be making his debut in the IPL. He may not be quite in the same league as Flintoff, but is a match-winner in his own right. The Pune Supergiant captain is fresh from an extremely fruitful Test series against India. AFP

The Australian captain is fresh from an extremely fruitful Test series against India, which saw him score 499 runs — the highest in the series — at an average of over 71 with three centuries. It was not simply the runs he scored but the imperiousness with which he scored them and the difficult conditions that he scored them in that made him stand apart.

He has the added responsibility of captaining the Rising Pune Supergiant this year and inspiring them to do better than the seventh place finish in their debut season in 2016. An aggregate of 1,231 runs in 54 matches in the IPL with a strike rate of 135.87 is much less than what he is capable of, and Smith, going by his current form looks primed to do much better this year. The New Zealand speedster was a crucial strategic purchase for KKR in the IPL auctions. Having released Morne Morkel, the Kolkata franchise were looking to bolster their pace bowling department, and pounced upon Boult when they had the opportunity.

Boult may not have done anything spectacular in the IPL so far and was released by the defending champions SRH before this year's auction, but there can be no doubts on his abilities. He was among the only Kiwi bowlers to have troubled the Indians during their tour here last year and the prospect of Boult and Umesh Yadav opening the bowling for KKR is a mouth-watering prospect. That makes for some real hostile pace bowling upfront. Boult, one imagines, can be one of the stars of IPL 10. Sunil Narine has been the go-to man for KKR captain Gautam Gambhir. AFP

The 'mystery spinner' in the KKR ranks should have played much more for West Indies than he has, but in the IPL, he has been a veritable star. He was signed by the Kolkata franchise in 2012 after he attracted attention in the 2011 Champions League T20 for Trinidad and Tobago.

He made a huge splash in the IPL, with 24 wickets in his debut year, leaving batsmen of all hues utterly flummoxed. It won him the Player of the Tournament award and inspired KKR to their maiden IPL crown. Narine has always been KKR skipper Gautam Gambhir's go-to man and often his trump card. With 85 wickets in the IPL so far, at an economy of just over six over a stretch of 66 matches, he is a player every opposition would be wary of. Eoin Morgan is in good form and can really make it count this year in the IPL. AFP

The England limited overs captain was in scorching form during the tour of India, almost winning the second ODI of the series at Cuttack with an 81-ball 102, and leading his team to victory in the first T20I with a 38-ball 51.

He continued his form in the PSL and slammed a hundred and a 95 during the recently-concluded tour of West Indies. He had done well in the Big Bash League (BBL) too.  Morgan may not have achieved much in the IPL so far, but he is in good form and can really make it count this year. Opposition bowlers, beware of the slog sweep over midwicket and long on for six! 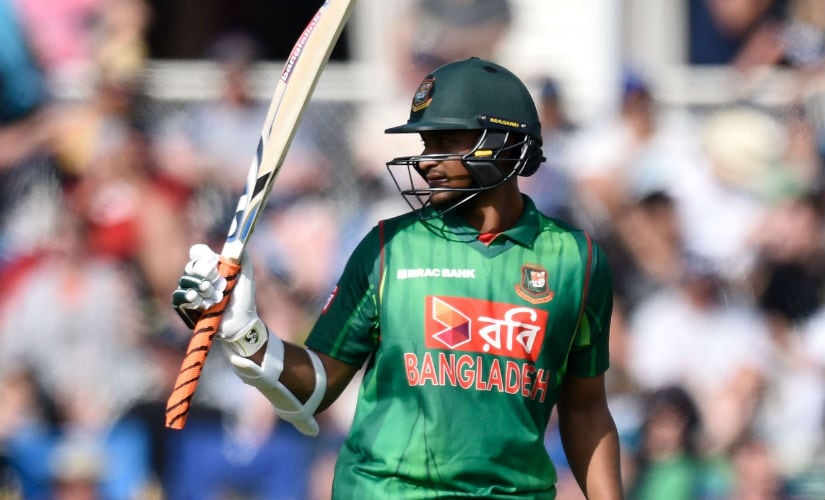 Shakib Al Hasan has been a pillar for KKR and a lot is expected of him this year too. AFP

Harsha Bhogle thinks if Shakib had not been an Bangladeshi player, the world would have seen him very differently. Shakib has been the greatest player in the history of Bangladesh cricket by the sheer weight of the runs he has scored and wickets he has taken against quality international oppositions.

He has also been a pillar for KKR. With 497 runs in 42 matches at a strike rate of just over 130 and with 43 wickets with an economy of 7.1, Shakib has been one of the main reasons for KKR's consistency in recent times. It is not without a reason that he is the No 1 all-rounder in all three formats according to ICC. 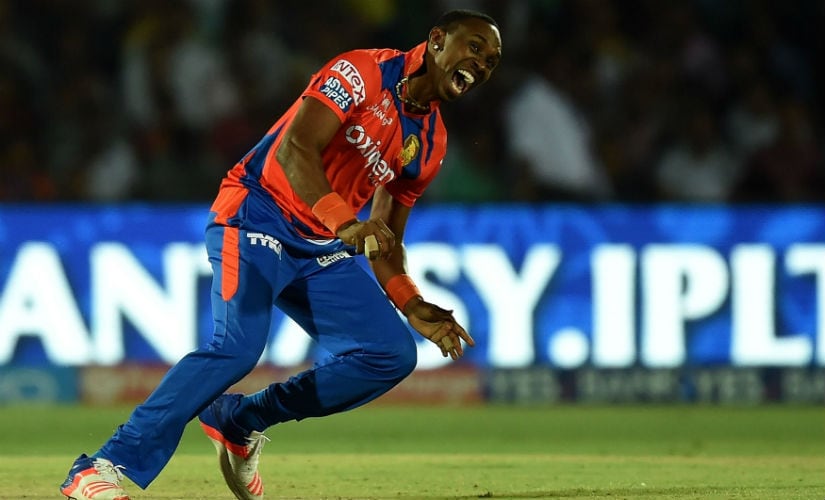 Dwayne Bravo can give you vital breakthroughs and score quick runs. AFP

If there is something called a utility player, Bravo is the epitome of it. He is someone whom you can rely on to give you vital breakthroughs in the middle overs with his gentle medium pace. With the bat, he is a busy player, who can accelerate the scoring at any stage.

The Trinidadian, had been one of the mainstays for MS Dhoni's Chennai Super Kings, will be playing his second season in the colours of Gujarat Lions. The added advantage of having him in the team is that he is a livewire on the field. With 1,262 runs and 122 wickets, Bravo is one of the top all-rounders in the IPL. Debutant Kagiso Rabada can emerge as one of the stars of the IPL. AFP

The lanky South African quick would be making his debut in the IPL this season and can turn out to be one of its stars. He has been taking wickets in both Tests and ODIs in recent times, bowling with pace and hostility. His Test performances that stood out over the past year were the 7/112 and 6/32 against England at the Centurion, 5/92 against Australia in Perth, 4/34 at Hobart and 4/37 against Sri Lanka at Cape Town.

He has been among the wickets in ODIs too and his 3/25 versus New Zealand in his last one-dayer was a crucial performance in the context of that match. Rabada, therefore, was a great buy for Delhi Daredevils. 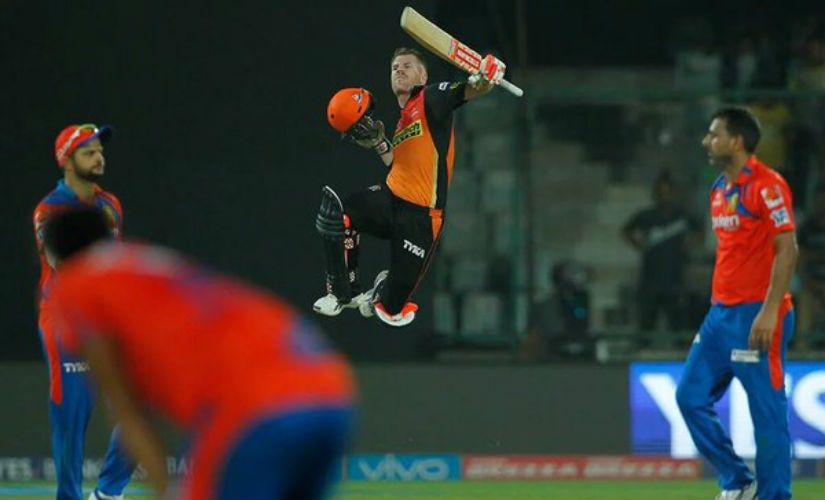 David Warner (C) was uncharacteristically off colour during Test series against India, but just needs an innings to hit form. Image courtesy: Twitter/@SunRisers_Hyd

The swashbuckling Australian opener was pipped at the post by Virat Kohli in the race for the Orange Cap last year, but his tally of 848 runs at an average of 60.57 and a strike rate of 151.42 made for happy reading.

He led SRH from the front, taking them to the title. He was uncharacteristically off colour during the recently-concluded Test series against India, but just needs one innings to hit form. With nearly 7,000 career runs in T20s and nearly 3,400 runs in the IPL, he is surely a player to watch.

AB de Villiers and Mustafizur Rahman may be conspicuous by their absence in this list, but their participation in the tournament is under cloud. However, players on the list have earned their spots in it, and all are match-winners in their own right. One can hardly wait to see them in action.