Singapore: New Formula 1 boss Chase Carey on Friday said India is a place of great potential and it would be exciting to take the sport back to the country that was dropped from the calendar four years ago.

After announcing a new four year deal for Singapore, F1 CEO and chairman Carey reiterated that Asia is a "tremendously" important region for the sport and India figures in their scheme of things for the future, if not now, with the calendar already packed till next year.

Liberty Media had taken complete control of F1 in January, ending Bernie Ecclestone's 40-year reign at the helm of affairs. 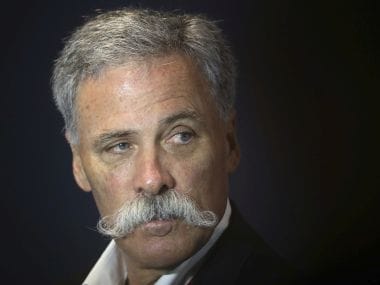 F1 President Chase Carey at a press conference ahead of the Singapore Grand Prix. AP

"India is a country that certainly has great potential and as we go forward, we will continue to study. We have so far not got a chance to engage in depth yet, it has only been a little over half a year since the complete change in ownership," said Carey in response to a PTI query.

Carey said India should have a Grand Prix considering its rapid growth as a nation.

"Our focus as of today is making sure that the 21 races next year is everything as it can be. But there are places around the world that present us with great opportunities for us to grow the sport overtime and certainly a country like India with the success and the growth it has had in recent years, makes it an exciting opportunity down the road."

The Indian Grand Prix went off the calendar after three editions from 2011, largely due to the serious financial problems faced by promoter Jaypee Group and the red tape around the event.

It will be extremely tough for India to find a way back on the ever-crowded F1 calendar with more countries showing interest in hosting the high-profile race.

Asia will only host five out of the 21 races in 2018 as Malaysia goes off the calendar post this season. Besides India, Korea is another country that could not survive in F1 for long.

"We have interest from many countries around the world for races in the future. We are pretty full schedule right now. But Asian in general is tremendously important. We have talked about the opportunity to grow the sport in Asia as well as the Americas. It is truly a unique opportunity for us to reach out to new fans around the world," said Carey.

In the past, F1 has been criticised for striking one side deals heavily in their favour with local race promoters not getting enough out of the millions of dollars they cough up as hosting fees.

"We have big plans for Formula 1. It is still early days. In next three to four years, we can take the sport to a place that is good for all our partners and really adds new level of excitement and dimension to the sport.

"We believe agreements should always reflect ongoing fair value between two parties. We want to make sure we are delivering better and bigger events," he added.