OUT! India are two down with just 17 runs on board! Rahul looks to defend a length delivery outside off, and manages to get the faintest of edges. Barely any reaction from the keeper and slip fielder Cook, but Broad as well as short-leg fielder Hameed are convinced they heard a sound. For the second time in this innings, Broad manages to make umpire Tucker overturn his decision.

OUT! Broad gets the early breakthrough, and this time it is Vijay who disappoints! Gets a thick inside-edge and a deflection off his pad, with Root diving forward in the slips to collect the catch. Umpire Rod Tucker initially turns the appeal down thinking it to be off the batsman's pad, but the review overturns it. India 16/1

Ashwin: I had to stick to the basics... came out with a plan and it was very important to keep a rhythm going. Very few balls spin on this wicket. You have to slow it down and vary your pace. The match is very well poised. Virat batted beautifully. We are in a good position.

That's stumps on Day 3. India reach a commanding position, leading by 298 runs. Kohli and Rahane are going strong and India will be looking to extend their lead to at least 400, and then put England in on a crumbling pitch.

Four! Another ball which keeps low, and Kohli punches it through the on-side to take the team within touching distance of 100.

Kohli and Rahane bring up the 50-run partnership off 92 balls. An invaluable stand after India were on the back foot early on, losing both the openers and Pujara.

50 for Kohli! The Indian captain can just do no wrong! A half century to go with the century in the first innings in his 50th Test. 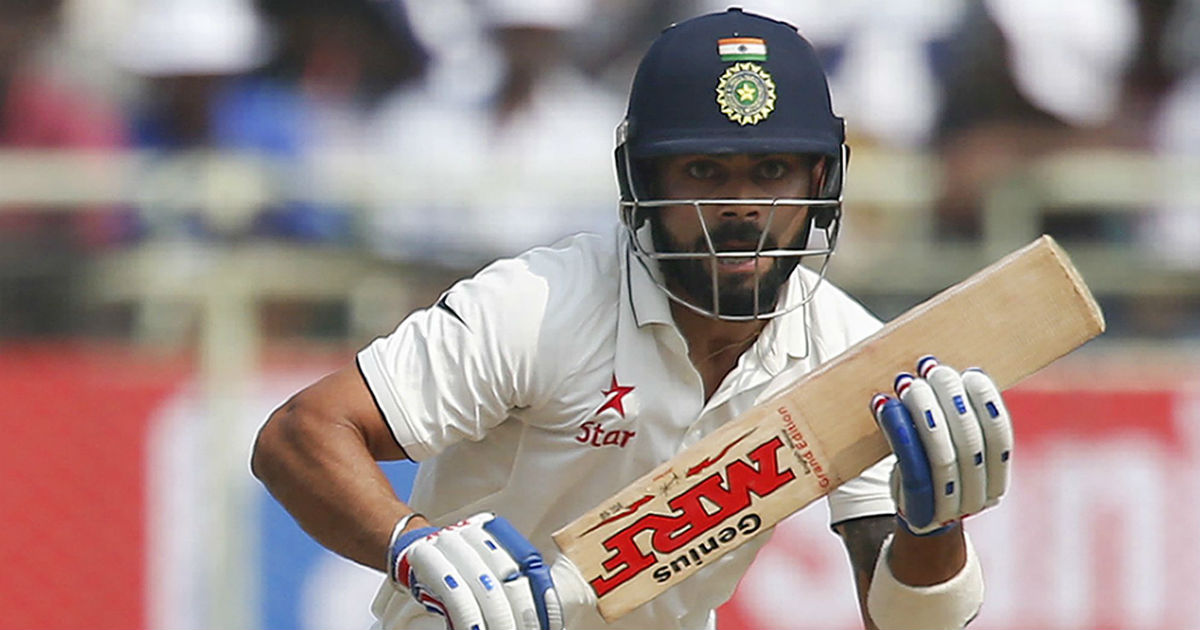 Kohli is approaching another fifty in his 50th Test. The Indian captain has ensured there were no alarms after Vijay, Rahul and the first innings centurion Pujara were removed early. The pitch is getting harder with every passing over, with variable bounce coming into play. But till Kohli is there, India would not lose hope. Rahane, at the other end, is giving his captain good company.

Another one keeps low. Kohli turns it round the corner. Desperate dive by Stokes on the boundary saves the boundary for his side. The Indians take three.

Four! Rahane shows his class with a classic cover drive off Anderson.

Virat's running is in a different gear now that he has Rahane at the other end. #IndvsEng

Visakhapatnam: England were in deep trouble after being reduced to 103/5 in their reply to India's 455 all out in the first innings at the end of second day of the second cricket Test in Vizag on Friday.

Resuming the day at 317/4, India were bowled out for 455 an hour into the second session of play at the ACA-VDCA Cricket Stadium. Joe Root (53) offered some resistance but the Indian bowling attack, spearheaded by off-spinner Ravichandran Ashwin (2/20), had the visitors on the mat.

England suffered an early jolt when Shami beat England skipper Alistair Cook with a delivery that moved in to beat the bat before breaking the offstump into two.

Haseeb Hameed and Root tried to build a partnership before the former was run out following a horrible mix-up.

Earlier, India were bundled out for 455 in their first innings just after lunch.

Resuming the day at 317/4, Indian skipper Virat Kohli (167) and all-rounder Ashwin (58) took India past the 350-run mark before England off-spinner Moeen Ali dragged the hosts back with three quick scalps in the morning session.

Ashwin, who registered his eighth Test half-century, added 64 vital runs with Jayant Yadav (35) for the eighth wicket to take India to 415/7 at lunch.

Coming back after the break, England managed to take the remaining three wickets with leg-spinner Adil Rashid accounting for Jayant and Umesh Yadav (13) while Ashwin fell prey to Ben Stokes.

For the visitors, comeback man James Anderson and Ali were the pick of the bowlers with three wickets each while Rashid took two. Pacers Stuart Broad and Ben Stokes chipped in with one wicket apiece.

"The way our batsmen are batting, I feel they will do well and we will make a good score at this wicket," added the 33-year-old pacer.

With England taking a 99-run lead, India's star-studded batting line-up will have to rise to the occasion in the second essay after a string of indifferent performances.