ICC World T20 Australia vs Pakistan as it happened: Afridi and Co head out of World cup

Live updates from the ICC World T20 match, Australia vs Pakistan in Mohali

OUT! OUT! Faulkner strikes off consecutive balls, yet again! And that's his five-for! Terrific spell of death bowling as Pakistan do what Pakistan do best and collapse completely. First Sarfaraz reverse sweeps it straight to short third man and then Wahab edges one to the same area.

OUT! Sharjeel's cameo is just that - a cameo. Faulkner comes into the attack and bowls him off the inside edge. That was after yet another pick up shot for four. He falls for 30 off 19 balls. This is where Pakistan completely lost momentum against New Zealand

Not Amir's day either, he goes for 14 in the final over. After just 3 runs in the first three balls, Watson takes off! After an unlucky mistimed pull over keeper of the slower ball, Watto powers one over midwicket for a six.

Has the Maxwell show begun in Mohali? It's his home ground as well, in the IPL. Afridi's over goes for 13 runs. First a reverse sweep that gets the top edge and top edges it over keeper. But off the last ball, it's the conventional sweep, a powerful one through square leg.

OUT! Another bowled! Imad Wasim strikes in his first over and it's the comeback man  Aaron Finch. From round the wicket, its the one that goes with the angle and quick - Finch plays all over it.

Australia have won the toss and opt to bat first. Afridi says he would have done the same.

Afridi goes out with a bang?!?! All his comments are going to stir up reaction, most-likely.

On that note, it's goodbye from us here at Firstpost. But don't go anywhere - there is another big match coming up! Adios, everyone!

Afridi: "Wo jo mera bayan that wo padhe likhe logo ke liye tha" (On the statement that he was loved more in India than Pakistan) #AUSvPAK

On fitness: As a player I am fine, but not sure as a captain, says Shahid Afridi #AUSvPAK https://t.co/nGHQ3C6e28 pic.twitter.com/1vI5sAzwov

Afridi: I want to thank the people of Kolkata, the fans who have come from #Pak and Kashmir and also BCCI for their hospitality. #AUSvPAK

Shahid Afridi: We were not good enough, we didn't play good cricket. When I go back home, I'll take 4-5 days to take the decision, and announce it in Pakistan. As a player I'm doing fine, but as a captain I'm not sure I am. 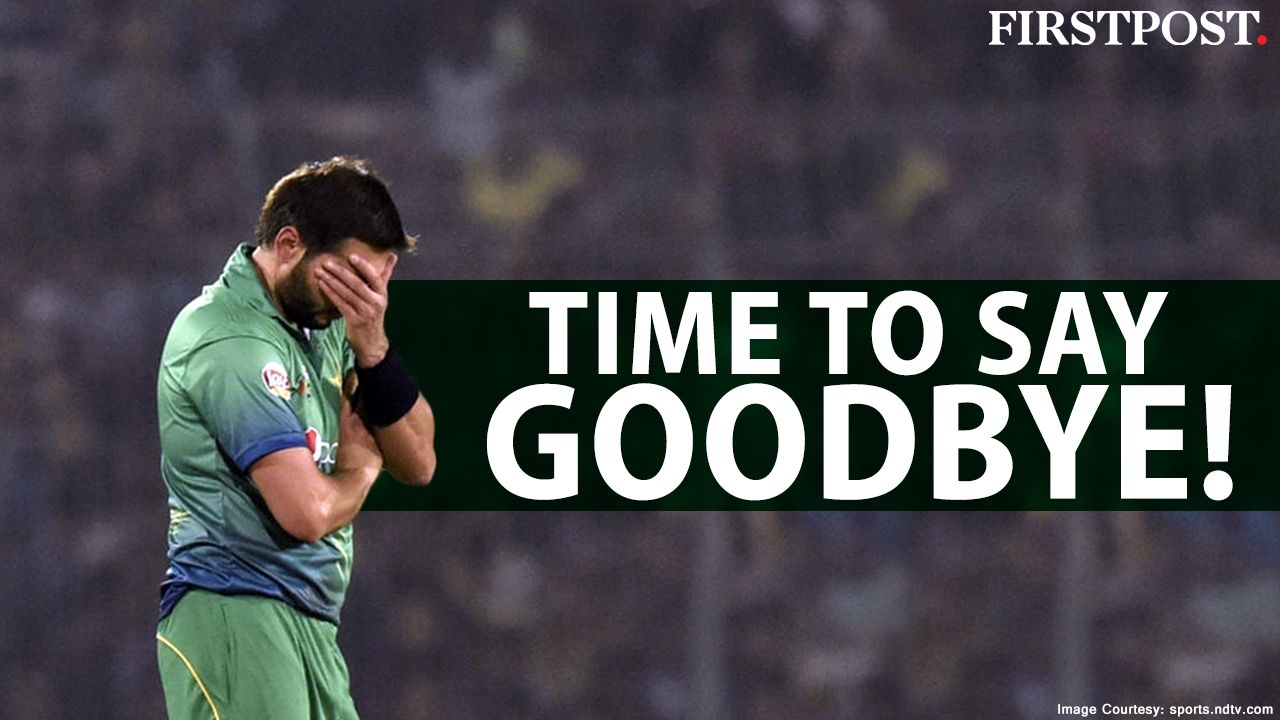 Sets up a cracker on Sunday....

Don't care how many wkts you took. If you back Shehzad, Hafeez, Latif over Akmal, Malik & Sarfraz you shouldn't even be coaching a kids' XI.

The pattern is there for all to see....

Pakistan at the #WT20

James Faulkner is the man of the match for his stunning figures of 4-0-27-5. 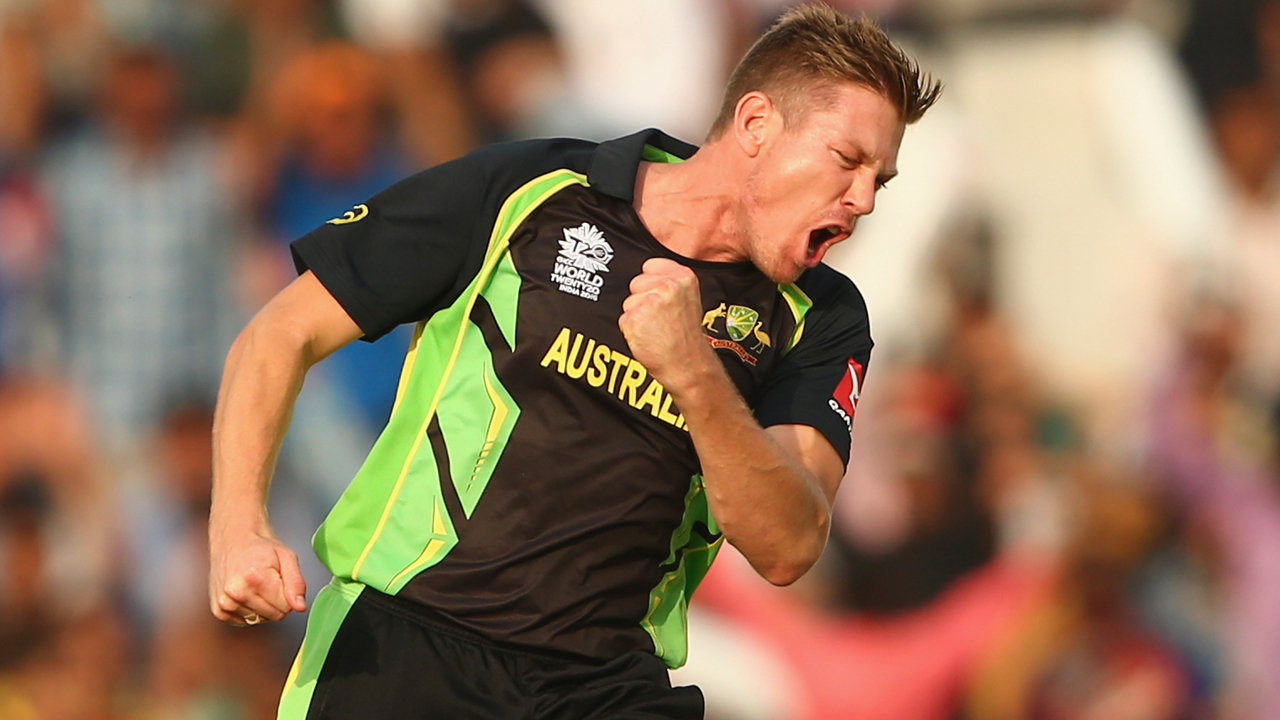 A stumbling Australia will need to raise their game when they take on Pakistan in a must-win group match of the World Twenty20 in Mohali on Friday.

The Australians handed Bangladesh a second straight defeat in their previous outing but only after surviving a scare against Mashrafe Mortaza's depleted side.

The reigning 50-over world champions have appeared tentative at best, going down to New Zealand in their opening encounter and then sweating for a win against the Tigers. "I don't think we have hit our 100 percent just yet," Aussie skipper Steven Smith said Thursday at the pre-match press conference.

"But I think that's good because you want to play your best cricket at the back-end of the tournament.

Pakistan are hurting after defeats to India and an impressive New Zealand, who have already booked their place in the semi-finals from Group B.

Another defeat will finish off Pakistan's hopes of advancing any further in the tournament, which would be a huge disappointment for a side eyeing a repeat of their 2009 title winning feat.

Senior Pakistan batsman Shoaib Malik said the players were eager to improve in all departments in the crunch game against the Aussies.

"There are certain areas where we need to improve our skills. Consistency is one thing which we are lacking. We are working on it," Malik said.

"As professional players, we want to give our 100 percent. Our first goal is to win tomorrow."

Under-fire Pakistan skipper Shahid Afridi might be tempted to tinker his playing eleven, given neither his seamers nor spinners have looked threatening against quality opposition.

Australia could consider bringing in the fit-again batsman Aaron Finch, who has yet to play largely because of the way his replacement Usman Khawaja has stood up at the top of the order.

Finch, who is the top-ranked batsman in the shortest format of the game, was dumped as T20 captain in favour of Test and ODI captain Smith last month.

Khawaja made a match-winning 58 against Bangladesh after scoring a handy 38 against the Black Caps.

COVID-19 Latest News and Live Updates: The Karnataka HC asked the state government to come up with an action plan to tackle the third wave and place it before the court within two weeks