Catch all the live updates from the Day 8 of the 2017 IAAF World Athletics Championships as Tianna Bartoletta sets her sight on the gold medal in Women's long jump final.

The Dutchwoman defends her 200m title at the World Championships in a season's best of 22.05 seconds. Ta Lou finishes second, Miller-Uibo settles for bronze. Dominant!

The Polish Hammer thrower wins the gold medal with a best throw of 79.81 ahead of Valeriy Pronkin and compatriot Wojciech Nowicki, who happily takes bronze.

It was a long, long women's long jump final but a worthy one as American jumper Brittney claims her fourth World Championships and eighth global title with a 7.02m jump. Darya Klishina wins silver, and Tianna Bartoletta adds a bronze to the US medal count.

Here is the full schedule for Day 8:

Phew! It was a tiring day for us and all the athletes out there as the Day 8 of the 2017 IAAF World Athletics Championships comes to an end. Dafne Schippers, Pawel Fajdek, Emma Coburn and Brittney Reece won gold and will make the headlines until tomorrow.

USA still leads the medal tally with a heavy margin – 23.

We will back to provide all the live updates from the Day 9 of the world event. Take care and good night! 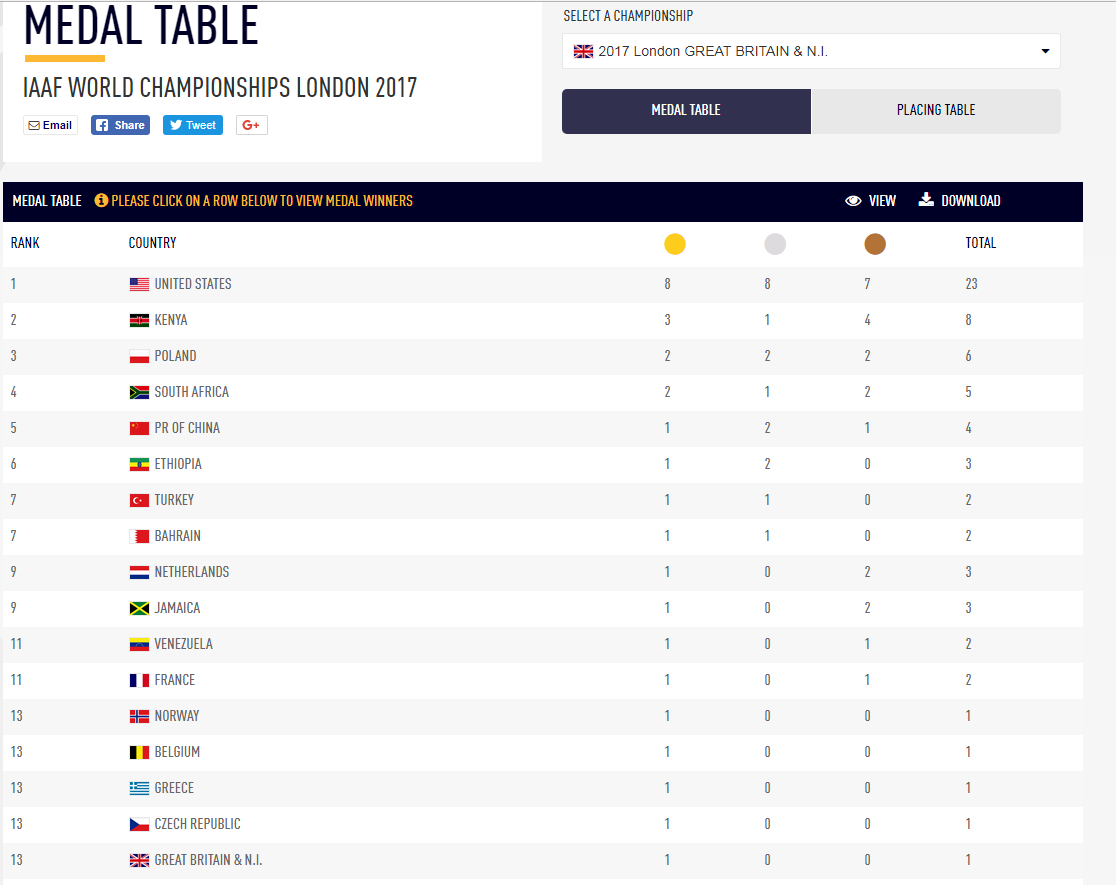 The Dutchwoman defends her 200m title at the World Championships in a season's best of 22.05 seconds. Ta Lou finishes second, Miller-Uibo settles for bronze. Dominant! 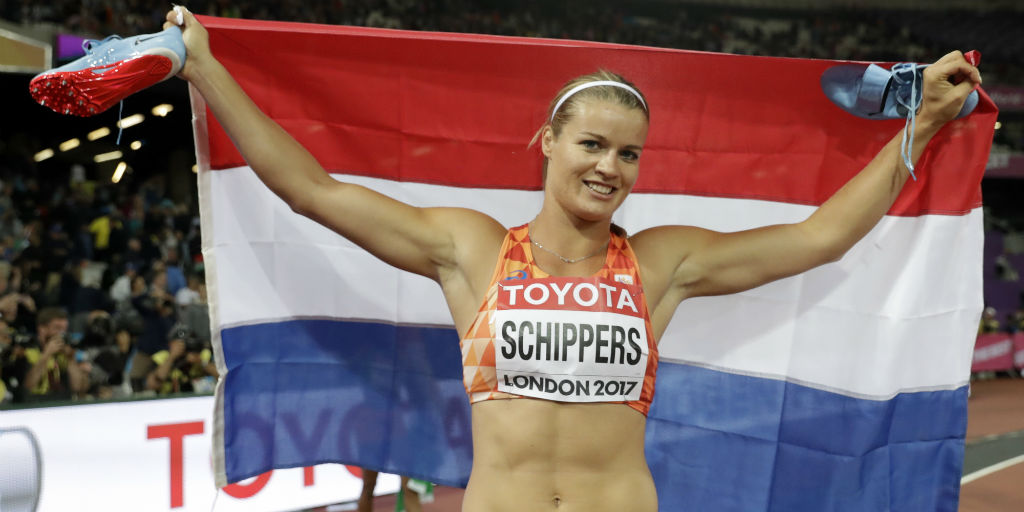 The Polish Hammer thrower wins the gold medal with a best throw of 79.81 ahead of Valeriy Pronkin and compatriot Wojciech Nowicki, who happily takes bronze. 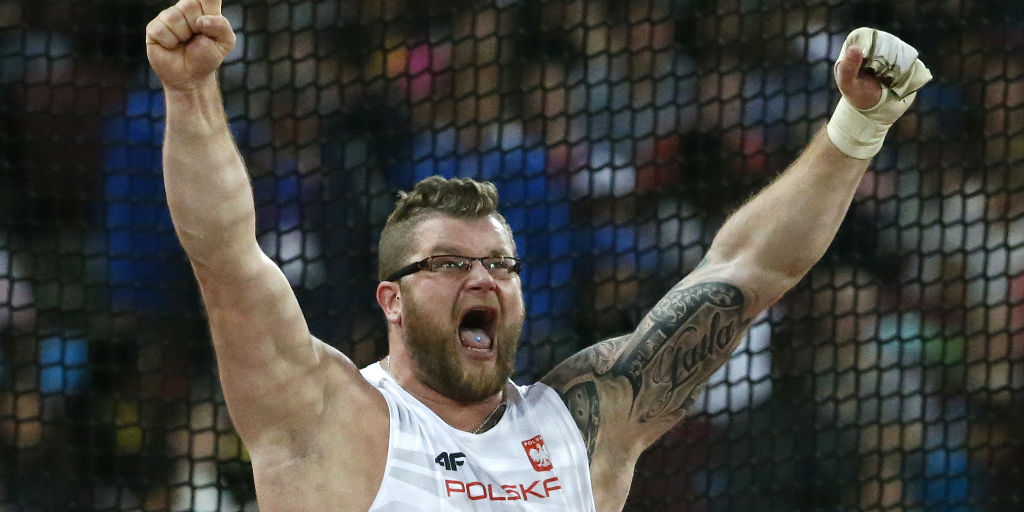 5 MINUTES UNTIL THE WOMEN'S 200M FINAL 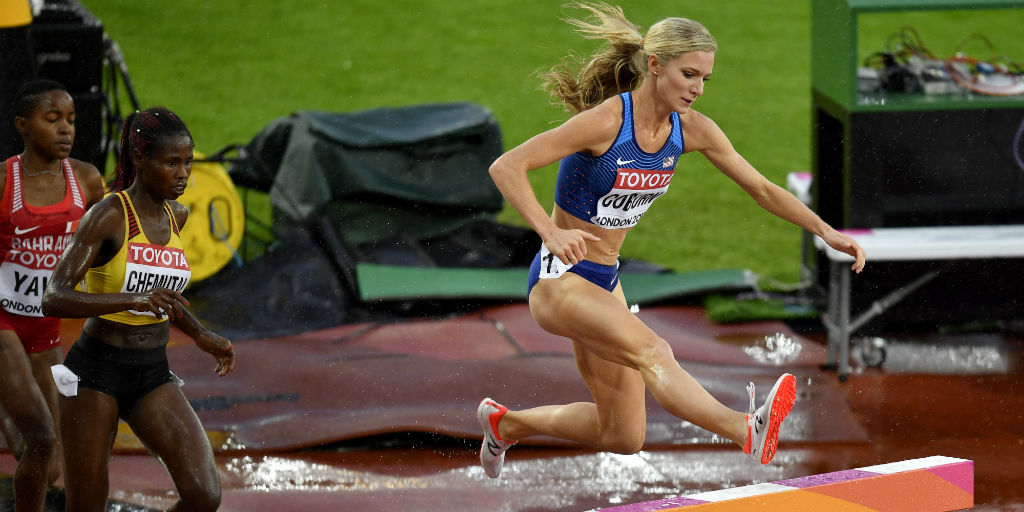 In the space of one minute, Beatrice Chepkoech, one of the favourites, forgot to take the water jump. After that, there was a big collision which took down reigning bronze medallist Gesa Felicitas Krause from Germany.

Elsewhere, Olivier Giroud scores as Arsenal come from behind to take a 4-3 lead. Just 7 minutes to go on the other side of London.

The women’s 3,000m steeplechase finalists are out on the track for the final. There are about four Kenyan's participating in the final –Cheptek Chespol, Purity Kirui, Hyvin Jepkemoi and Beatrice Chepkoech. Fancy a Kenyan to win it?

This should be an engrossing spectacle with defending champion and Olympic gold medallist Tianna Bartoletta taking on her fellow American Brittney Reese whilst Russian Darya Klishina is also in with a shout though competing as an Authorised Neutral Athlete. Reese is out to avenge losing her Olympic crown to Bartoletta, who amazingly won the first of her two world titles back in 2005. Klishina is hoping that these championships are a happier experience than the Olympics when she was the only Russian to compete and was branded a traitor by her own people. Australia have had a quiet championships but in Sally Pearson they possess their class act and a proven champion. The 2012 Olympic champion returns to the stadium where she experienced her greatest moment albeit after a couple of years of injuries which cost her appearances at the 2016 Olympics and the 2015 worlds. She showed some of her old spark in the Diamond League event in London last month but she will have to up her game to beat America's world record holder Kendra Harrison. The latter won the Diamond League race in London but Pearson's advantage is she knows how to cope with major championships whilst Harrison is unproven and failed to make the Olympic team last year.

Kenya will be determined to deny one of their own Ruth Jebet the world title to add to her Olympic crown from last year as she was one of many recruited by Bahrain. She was beaten narrowly in her semi-final by Kenyan Beatrice Chepkoech, who also edged her in the Paris Diamond League meeting. Kenya's defending champion Hyvin Jepkemoi looks in fine fettle but the surprise packet may be her 18-year-old Celliphine Chespol, who caught the eye in setting a new world Under-20 record when winning the Diamond League race in Eugene.

Dafne Schippers looks odds-on favourite to defend her 200m world title, but she will no doubt face opposition from Shaunae Miller-Uibo of the Bahamas, who shrugged off her extraordinary collapse within sight of winning the 400m world title to coast into the final.

Caster Semenya, South Africa's reigning two-time Olympic champion and twice a world gold medallist, will aim to get through a loaded semi-final in her bid to add to the bronze medal she won in the 1500m. Defending champion Maryna Arzamasova of Belarus bombed out in round one, and Kenya's 2013 champion Eunice Sum was a non-starter, but the field can still boast Olympic silver and bronze medallists, Francine Niyonsaba of Burundi and Kenya's Margaret Wambui.

Coronavirus LIVE Updates: Delhi logged 26,169 cases with a positivity rate of 36.24 %, the highest since the pandemic began a year ago, even as the city hospitals grappled with depleting oxygen supplies