Catch all the live updates from the Day 1 of the 2017 BWF World Badminton Championships as PV Sindhu beats Korea's Kim Hyo Min in staright games.

Takuma Ueda wins opening game: 21-17
​
The Japanese ace made a fine comeback from 11-15 to snatch the opening game 21-17 from Axelsen in no time. The Danish was taken by surprise with Ueda's attacking strokes from the forecourt.

As expected, the former champion played a very attacking game since the start of the match and more importantly, she covered the court to make clean returns. Rui was beaten at the net regularly.

The Indian duo played a sensible game right from the start and avoided mistakes in crucial rallies to take both the games quite convincingly.

A quite convincing opening game win against Amelia and Cheong, who were rather focusing on catching the Indian duo with deceptive strokes every now and then.

"I don't know what my plan is from here... maybe I retire tomorrow. My brain is zero (blank) right now," said Lee Chong Wei to media after losing to Brice Leverdez of France.

Ajay Jayaram wins 21-14, 21-12 against Luka Wrabber. All four Indian men have advanced to next round.

Easy-peasy game out there for fit-again Jayaram as he thwarts Wraber in just 14 minutes. Great improvement by the Indian shuttler in terms of his reflexes and drop shots which more or less made the difference.

Sindhu spoke to the media after her crushing win. "It was a match with long rallies and she was tiring towards the end of the match", said Sindhu.

When asked if long rallies suited her and get more match practice, she smiled and said, "I did not think that away. I wanted to finish off as sometimes things can become tough."

"I was playing her (Kim) after a long time, about a year (in Australia) and wanted to finish the match fast," added Sindhu

A clinical overall performance by the India Superseries champion allows her to finish the match quite comfortably. The noteworthy takeaway from the match was Sindhu's ability to take control of her strokes from the backcourt. Earlier, she used to hesitate to hit a few from the back but now it's an easy job for her.

The Indian ace looks in complete control of the situation against a nervous Kim, who also committed a few errors from the baseline.

And it was the Frenchman who came out victorious at the end of a three-game thriller against the Malaysian ace Lee Chong Wei. Leverdez was confident at the net and played a variety of attacking strokes, coupled with a few crosscourt smashes to unsettle Lee. This is the first shocker of the Glasgow event. Do we have more?

B Sai Praneeth beats Wei Nan of Hong Kong 21-18, 21-17 to enter the next round of men's singles. The Indian shuttler upped his game when needed in both the games and showed great resilience while trailing in the early stages.

Heartbreak for the Indian duo!

Satwik and Maneesha are out. Lose 20-22, 18-21 to Christiansen and Sara Thygesen in the second round of the mixed doubles event.

Time for a decider!

.Ashwini Ponnappa and Sumeeth Reddy take the second game 21-18 against Wang Y and Huang D of China. This is what the duo missed out on in the first game. A bit of hesitation at the net cost them the opening game but now they have a chance to clinch the match.

That's the end of the second day's play at the 2017 World Badminton Championships. All the four Indian men's singles - Srikanth, Praneeth, Jayaram and Sameer - have qualified for the next round, while PV Sindhu registered an easy win to enter the pre-quarterfinals of the women's singles. The shock of the day comes from the men's singles department as Brice Leverdez stunned Lee Chong Wei in a three-game thriller to put an end to the Malaysian's hope of winning the elusive gold for the very first time in his glittering career. He didn't look sharp but Leverdez aced it. We hope you enjoyed our live coverage, see you tomorrow. Good night! 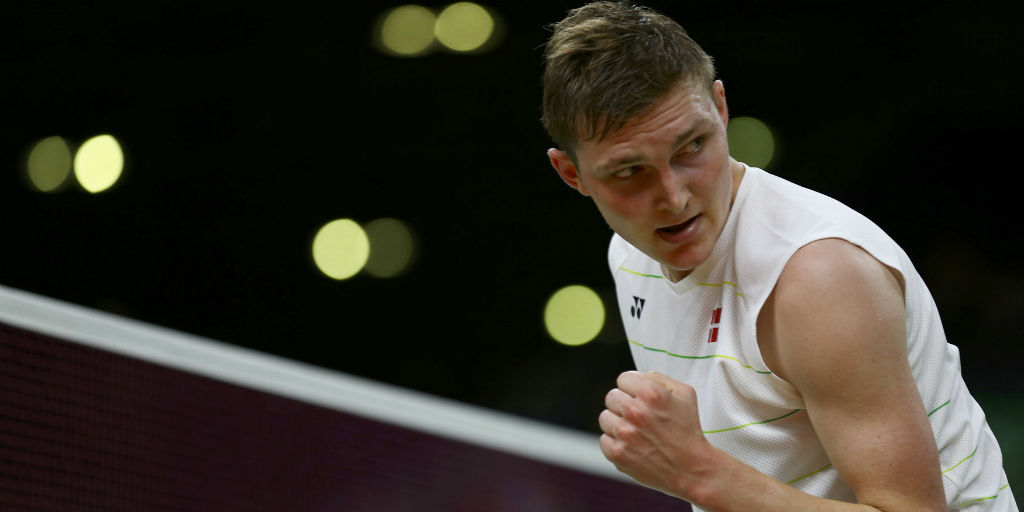 19-12! The Dane has done it. Three consecutive forehand drives to extend his lead. Ueda made a lot of net errors in this game.

16-10! A ten-point lead in the decider can end up both ways. Let's see how the Dane takes it from here.

11-8! Axelsen has taken the lead at the mid-game interval for the 3rd time in this match. Will he win it?https://t.co/gJDbmXhNHJ #2017BWC

9-5! Ueda is pushing hard from the mid-court with a couple of drop shots. Axlesen hits wide this time to gift the Japanese another point. It's 9-6 now

Preview: India's mixed doubles pairing of Sumeeth Reddy and Ashwini Ponnappa were given a bye in the first round and will play their first match in the World Badminton Championships 2017 against 13 seeds Wang Yilyu and Huang Dongping of China.

B Sai Praneeth plays his first match against Hong Kong's Wei Nan as the 15th seeded Indian begins his campaign. PV Sindhu begins her challenge for her first world championship when she takes on Kim Hyo Min. Austrian Luka Wraber is 13th seeded Ajay Jayaram's opponent in his first match.

Meghna J and Poorvisha Ram face-off against the Dutch pairing of Eefje Muskens and Selena Piek while Satwik Sairaj and Chirag Shetty go up against Japan's Hiroyuki Endo and Yuta Watanabe.

Ashwini teams up with Sikki Reddy in the women's doubles match against the Indonesian-Malaysian pair of R Amelia and Anna Cheong. The last match of the day for the Indian contingent will see Arjun MR and Shlok Ramchandran take on Chinese Taipei's Liao Chun and Cheng Su.