Kidambi Srikanth, Sameer Verma, Rituparna Das and Tanvi Lad qualified to the next round, while Sumeeth Reddy and Manu Attri end their World Championships campaign.

Easy win for the British shuttler who banked on his excellent court coverage to beat Mendrek and enter the second round of the men's singles. He will face India's Sameer Verma next.

The experienced Thai shuttlers enter the second round of men's singles with a comfortable win over Hu Yun of Hong Kong in straight games.

The Chinese ace shuttler breezes past Kieran Merrilees 21-15, 21-10 to enter the next round of men's singles. It was a classic Lin Dan performance though he had a few issues at the net in the opening game.

The Indian shuttler showed great composure to control her shots and defend well to beat her opponent in a three-game thriller. This win could boost her confidence.

That's one of the best performances from the 22-year-old shuttler who outplayed Abian and sealed his place in the next round of men's singles.

A very matured performance by the Indian shuttler as he downs Spain's Abian in 15 minutes. Sameer's fast-paced game since the start of the game proved to be too much for the Spaniard.

Satwiksairaj R and K Maneesha beat NG Yau and Tam Chun Hei of Hong Kong 24-22, 21-17 to enter the next round

And that's another impressive win for the Andhra-born shuttler, seals his spot in the next round of the men's singles with a straight-game win over Russia's Sirant. A barrage of attacking strokes proved to be the difference for the Indian ace as the unseeded Sirant had no answer whatsoever. You don't play a completely defensive game against the man who has one of the best attack in the sport at the moment.

What an opening game for the Indian ace as he dominates Sirant throughout the game. Sirant needs to bring in a variety of attacking strokes to cause an upset.

Before the Indian shuttlers enter the court for their respective matches, here's the revised schedule:

Mixed doubles update: Sumeeth Reddy and Ashwini Ponnappa get a bye in the opening round. China's Wang Yilyu and Huang Dongping will lock horns with them in the next round.

That's all folks! The Day 1 of the 2017 World Badminton Championships has come to an end. It was certainly a good day for the India as 7 out of 8 Indian shuttlers secured a place in the next round of their respective events. Tomorrow, we will again see a host of Indian shuttlers including PV Sindhu, Saina Newhal, and Sai Praneeth. Apart from the Indians, Malaysia's Lee Chong Wei and Carolina Marin of Spain too will take the court.

Easy win for the British shuttler who banked on his excellent court coverage to beat Mendrek and enter the second round of the men's singles. He will face India's Sameer Verma next. 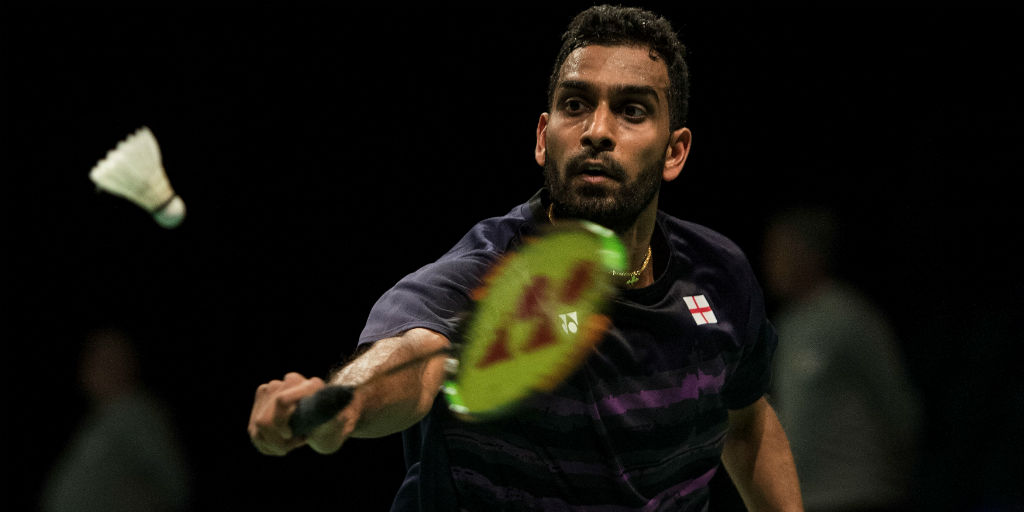 11-4 to Ouseph at the mid-game interval of the second game. Mendrek is beaten at the net again. #2017BWC

Not an easy game but Ouseph manages to cross the line in time. The Briton has shown urgency at the net which has allowed him to play a few drop shots. Mendrek is stretched at the tramlines.

The second game gets underway

11-8! Britain's Rajiv Ouseph has a three-point lead at the mid-game interval of the first game against Mendrek. The winner of this tie will face India's Sameer Verma in the second round.

The experienced Thai shuttlers enter the second round of men's singles with a comfortable win over Hu Yun of Hong Kong in straight games. 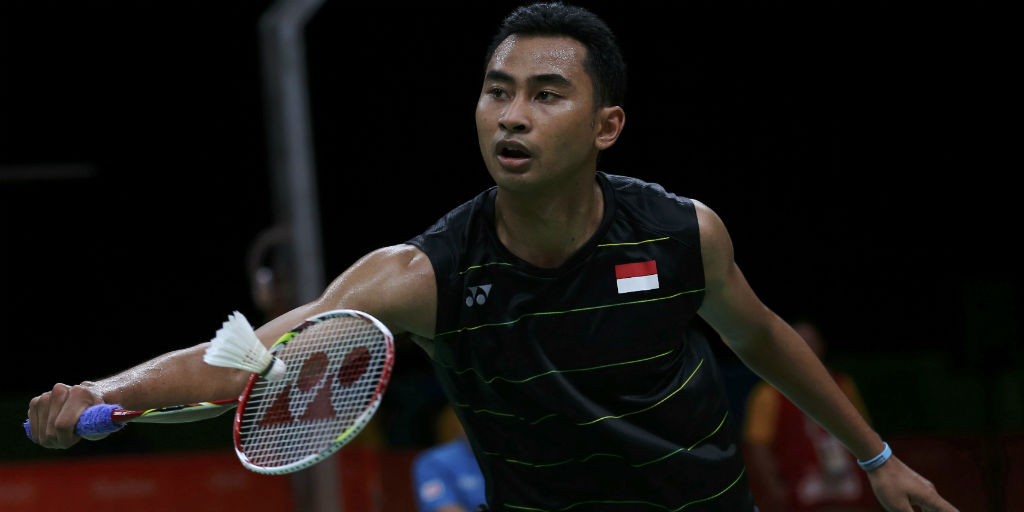 Thailand's Tommy Sugiarto and Hu Yun are in action in the men's singles event. Sugiarto has clinched the first game 21-16 and leads the second by 11-6.

India advance into the next round in 7 out of 8 matches. A fantastic turnaround on the opening day of #2017BWC. Way to go, shuttlers! 👏

Preview: In-form Kidambi Srikanth and two- time bronze medallist PV Sindhu will headline a 21-member Indian contingent as they gun for the elusive gold medal at the World Badminton Championships starting at Glasgow on Monday.

After grabbing successive titles at Indonesia and Australia, Srikanth will look to continue his rampaging run and clinch a maiden World Championships medal when he spearheads India's challenge this week.

Olympic silver medallist Sindhu, who clinched the 2016 China Open and 2017 India Open, will look to better the colour of the medal that she had won in the 2013 and 2014 editions. Kidambi Srikanth and Sameer Verma will be in action in the men's singles. Agencies

While Srikanth turns up in Scotland after three successive final finishes, Sindhu enters the event after a couple of quarterfinal finishes in the previous Super Series events of this season.

First Indian woman to win a silver at 2015 World Championships, Saina Nehwal will also be in the reckoning and will look to brush aside any concern whatsoever regarding her fitness and put the best foot forward.

Interestingly, Saina and Sindhu have got byes in the opening round.

Sindhu will open her campaign against either Korea's Kim Hyo Min or Egypt's Hadia Hosny in the second round and is likely to meet China's Sun Yu for a place at the quarterfinals.

Saina, on the other hand, will take on the winner of the match between Switzerland's Sabrina Jaquet and Ukraine's Natalya Voytsekh and is expected to clash with Korean second seed Sung Ji Hyun for a place in the pre-quarterfinals.

In the run up to the event, however, it is the Indian men's shuttlers who have dominated the season, winning six titles. It included the maiden Super Series title win by 15th seed B Sai Praneeth at Singapore and Sameer Verma's victory at Syed Modi Grand Prix Gold in Lucknow.

Praneeth, who also won the Thailand Grand Prix Gold, will face Hong Kong's Wei Nan in the first round, while Ajay Jayaram, who has been a little off-colour of late, will take on

Austrian Luka Wraber in the opening round.

Sameer, playing his maiden World Championships after being given a direct entry in the main draw, will square off against Spain's Pablo Abian.

"I am really playing well and I am confident. But everyone comes with their full fitness for such a big event. So I am not thinking about reaching final but focusing on the first round," said Srikanth, who will open his campaign against Russia's Sergey Sirant.

Srikanth and co will have to deal will big guns such as two-time winner and Olympic champion Chen Long, who is only seeded fifth behind World No 1 Son Wan Ho, veteran Lee Chong Wei, Denmark's Viktor Axelsen, China's Shi Yuqi and Lin Dan, the five time world champion.

In the women's singles, national champion Rituparna Das will meet Finnish shuttler Airi Mikkela in the opening round, while Tanvi Lad will fight it out against England's Chloe Birch.

With World No 1, Tai Tzu-ying missing in action, two- time champion Carolina Marin, seeded third, will be posing the biggest threat for Saina and Sindhu. Indians also have to be wary of the likes of world No 2 and 3, Japan's Akane Yamaguchi and South Korea's Sung Ji Hyun.

Among other Indians in fray, Rio Olympians Manu Attri and B Sumeeth Reddy, young duo of Chirag Sen and Satwiksairaj Rankireddy and Arjun MR and Ramchandran Shlok will compete in men's doubles.

Sumeeth and Ashwini Ponnappa will pair up in mixed doubles, which will also see 15th seeds Pranaav Jerry Chopra and N Sikki Reddy and Satwik combining with Maneesha K.

In women's doubles, Ashwini and Sikki, Meghana Jakkampudi and Poorvisha S Ram, and Sanjana Santosh and Arathi Sara Sunil too will try to make a mark.

Chief national coach Pullela Gopichand would hope his wards bring back more than a medal from the prestigious event.

"This is probably the strongest squad. The men have been doing well in recent times and the four Indian players in the fray are good and capable of beating the best. Nobody is a clear favourite these days and we can expect a strong performance from our players," he said.