B Sai Praneeth vs Qiao Bin

Kidambi Srikanth wraps up the second match; enters next round: 21-11

The former World no. 3 showed glimpses of his forecourt prowess as he defeated Nishimoto Kenta of Japan in straight games to enter the second round.

Spanish ace Carolina Marin enters the second round of the Singapore Open after a decent performance against Chochuwong. Marin was forced to play the third game as she lost focus midway through the second game. Still, she managed to give a strong reply and win the tie.

PV Sindhu beats Nozomi Okuhara 10-21, 21-15, 22-20 in first round of women's singles match at the Singapore Open and reach the second round

PV Sindhu loses opening game of her women's singles first round clash against Nozomi Okuhara by 21-10. Quite a big margin that and SIndhu needs to get her act together quickly. The Japanese has all the momentum and has looked in very good tough. Sindhu has been patchy with her shots and needs to get into a rhythm in the second game

PV Sindhu in first round action against Nozomi Okuhara

After the shock result in Malaysia, Sindhu returns to court in the Singapore Open and faces tough test in the first round in the shape of Nozomi Okuhara. The pair met in the semifinals of the Rio Olympics where Sindhu famously emerged the winner. Who will come out on top today?

Sourabh Verma bows out of contention after losing to Anthony Ginting

Sourabh Verma bows out of contention with 21-15, 21-14 loss to Anthony Ginting

Indian women's doubles pair of Ashwini Ponappa-N Sikki Reddy win the opening game of the 1st round game of the Singapore Open against Yin Loo Lim-Yap Cheng Wen of Malaysia 21-19. Currently it's 18-18 in the second game

So, that's it from the first round of the Singapore Superseries. We will be back again tomorrow as the second round begins at 11:30 am featuring Indian stars like PV Sindhu and Srikanth Kidambi. Hope you enjoyed the coverage. See you guys tomorrow!

B Sai Praneeth vs Qiao Bin

These Indian shuttlers emerged victorious and entered the Round of 16 at #SingaporeSS pic.twitter.com/triR0gCTKv

Kidambi Srikanth wraps up the second match; enters next round: 21-11

The former World no. 3 showed glimpses of his forecourt prowess as he defeated Nishimoto Kenta of Japan in straight games to enter the second round. 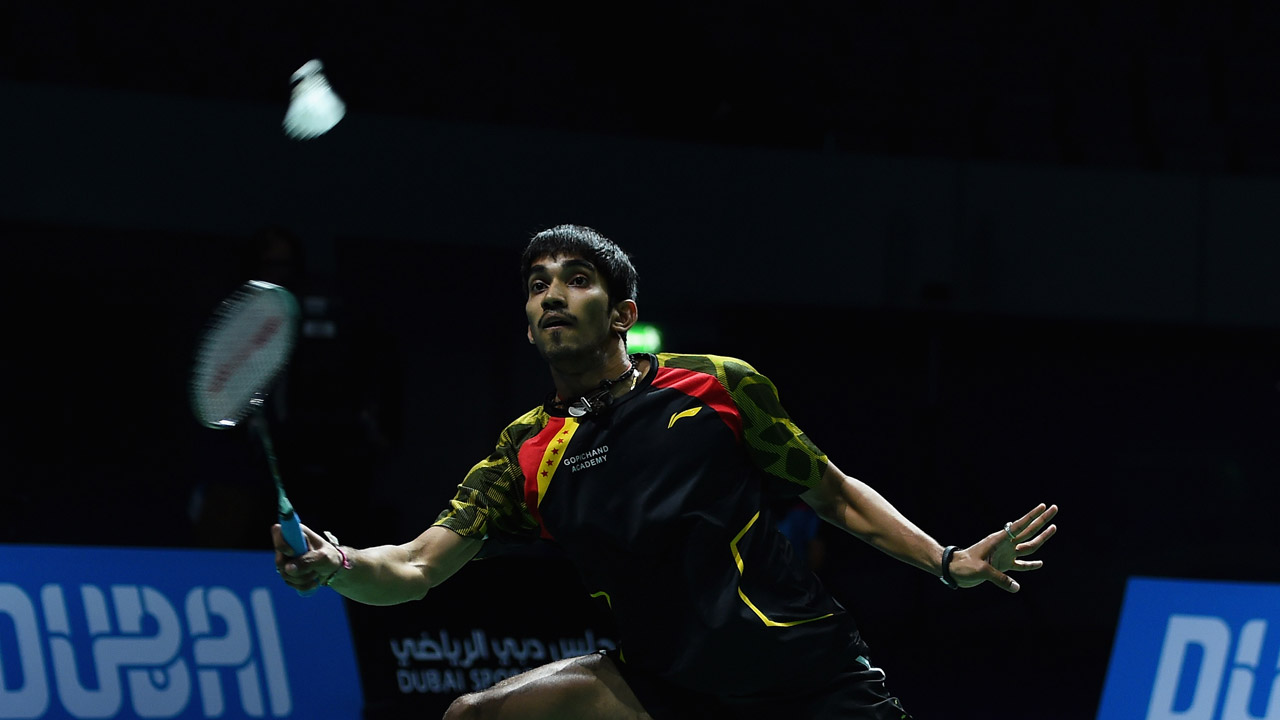 After a long time, Kidambi looks in great touch as he wins the first game without any hiccups against an unseeded Nishimoto Kenta.

Spanish ace Carolina Marin enters the second round of the Singapore Open after a decent performance against Chochuwong. Marin was forced to play the third game as she lost focus midway through the second game. Still, she managed to give a strong reply and win the tie. 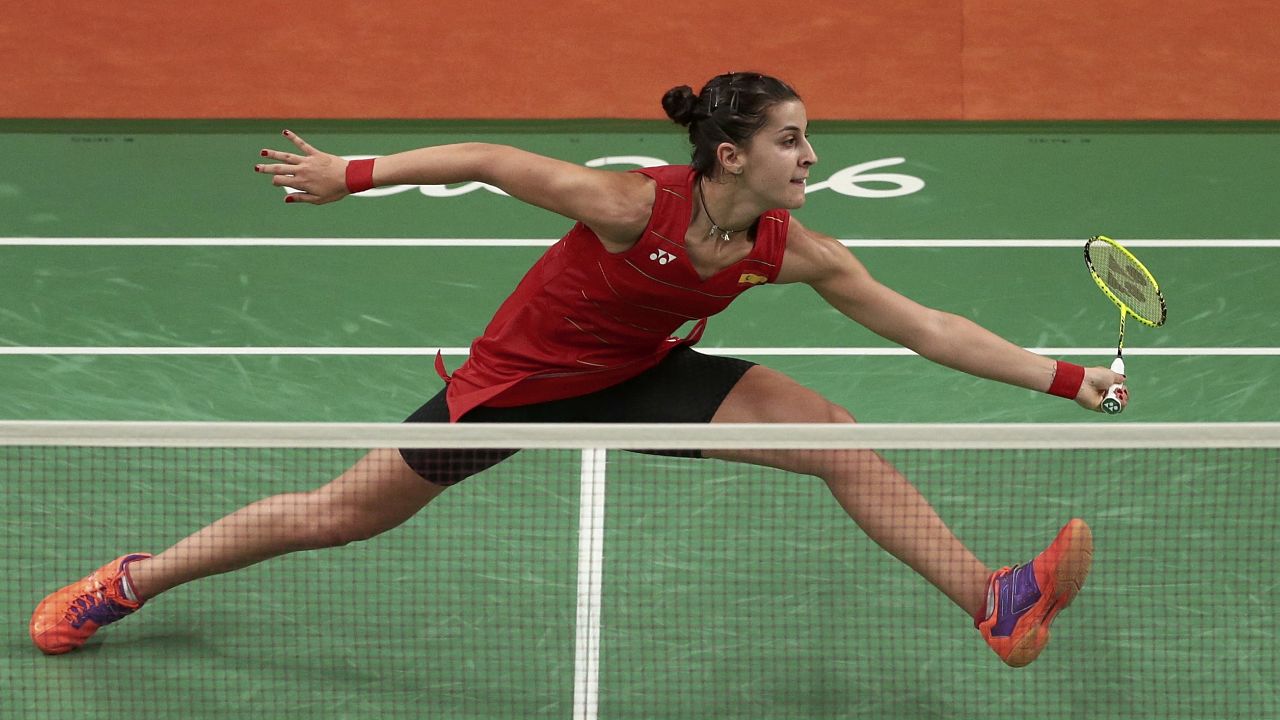 Preview: London Olympic bronze medallist Saina Nehwal on Monday pulled out of the USD 350,000 Singapore Super Series to spend more time in training to improve her game ahead of the hectic international circuit.

Olympic silver medallist PV Sindhu, meanwhile, will look to put behind her disappointing first-round exit at Malaysia when she leads the Indian challenge here.

The 27-year-old Saina said she will next play at the Asian Badminton Championship to be held at Wuhan, China later this month. "Yes, I withdrew from the tournament as I feel I need some more time training to get better. There is improvement in the knee but I think some more training will help at this point," Saina told PTI.

"I will play Asia Badminton Championship next. I will also play the Indonesia Super Series and the Sudirman Cup," said the 2010 Commonwealth Games champion.

Saina, who had won the Malaysia Masters Grand Prix Gold in January after recovering from a career-threatening knee injury, had bowed out of the opening round at Malaysia Open last week after losing narrowly to Japan's Akane Yamaguchi.

While Saina will be missing in action, Sindhu, who clinched her maiden India Open at New Delhi to achieve a career-best World No. 2 ranking, will have to get over the heart-break at Kuching, where she was stunned by upcoming Chinese shuttler Chen Yufei.

However, a tough draw awaits Sindhu as she is slated to face Japan's Nozomi Okuhara, 2016 All England Open champion and Rio Olympic bronze medallist.

Meanwhile, National champion Rituparna Das made into the main draw of women's singles and she will take on Chinese Taipei's Hsu Ya Ching.

In men's singles, India's B Sai Praneeth will meet Denmark's Emil Holst after his compatriot Jan Jorgensen pulled out of the event. Rising star Sameer Verma will once again face Hong Kong's Hu Yun, whom he had beaten at the India Open earlier this month.

Ajay Jayaram, who had beaten World No. 2 Viktor Axelsen en route to the quarterfinals at Malaysia Open last week, will meet fifth seeded young Chinese shuttler Shi Yuqi, who had reached the finals at the All England last month.

After skipping the Malaysia Open following his second- round loss in India Open, Kidambi Srikanth will be looking to regain his form that saw him conquer the 2014 China Open and 2015 India Open. The former World No. 4 will square off against a qualifier.

In men's doubles, Manu Attri and B Sumeeth Reddy, who have found the going tough ever since their Olympic qualification, will face Japanese third seeded pair of Takeshi Kamura and Keigo Sonoda in the opening round.