This is how the Singapore Open final looks:

This is the kind of badminton that all the Indian fans missed! Finally, Kidambi has produced his best game to make his way into the finals of the Singapore Open with a straight-game win over 20-year-old Ginting. Not to forget, he made a slow start and trailed 3-8 but then it was all about the former India Open champion. With that win, he sets up an all-Indian final tomorrow with fellow shuttler Sai Praneeth!

World no. 29 Kidambi takes on the World no. 26 Ginting in the semis of the Singapore Open where the former has a chance to meet compatriot Sai Praneeth in an all-Indian final tomorrow. Notably, Kidambi and Indonesian Ginting have a 1-1 win-loss record against each other but it's been a long time since their previous encounter. Get ready to witness a super match!

What a comprehensive victory the World no. 30 Praneeth! After a very, very long time the Indian shuttler has shown what he is capable of and it was visible how he forced Lee Dong to the basepoint and capitalised both the games with his drop shots and swift net plays. Big day tomorrow for the 24-year-old shuttler

Indian shuttler Praneeth has just shown how he can be so dangerous with his outstanding forehand drive and net flicks from the baseline. Lee Dong was left stranded as he was unable to read Praneeth's movement. Will he win the second to enter the finals?

Olympic winner Marin thwarts Sung Ji in straight games to enter her third consecutive Superseries final within three weeks. Unfortunately, she has lost her previous two finals - India Open and Malaysia Open - at the hands of PV Sindhu and Tai Tzu Ying. Marin is superb form and won't give up on yet another Superseries title regardless of her opponent tomorrow. She will face the winner of the Tai Tzu Ying vs Beiwen Zhang tie!

Another dominant show right from the word 'Love all; play' by Marin as she delivers a barrage of drop shots to unsettle Sung Ji in the first round of the quarter-final. It's a treat to watch Marin when she frustrates her opponent!

It's the battle of fourth seed Marin vs the second seed Sung Ji. These two have faced 7 times before where the Spaniard has edged the Korean six times and a win in this tie will seal her place in the final of Singapore Open. Sung Ji, on the other hand, will be eyeing to win in straight games as Marin is difficult to beat in the deciding game.

That's all from today's action-packed semi-finals it was a historical day for Indian men's shuttlers as Kidambi Srikanth and B Sai Praneeth dominated their opponents to set up an all-Indian final tomorrow. Also, Top seed Tai Tzu Ying will square off against fourth seed Carolina Marin in the women's singles final at the Singapore Open. Hope you enjoyed the live coverage as we will be back tomorrow to provide you updates of your favourite shuttlers. Until then, goodbye and take care!

This is how the Singapore Open final looks:

INDEED. THEY DESERVE IT ALL!

This is the kind of badminton that all the Indian fans missed! Finally, Kidambi has produced his best game to make his way into the finals of the Singapore Open with a straight-game win over 20-year-old Ginting. Not to forget, he made a slow start and trailed 3-8 but then it was all about the former India Open champion. With that win, he sets up an all-Indian final tomorrow with fellow shuttler Sai Praneeth! 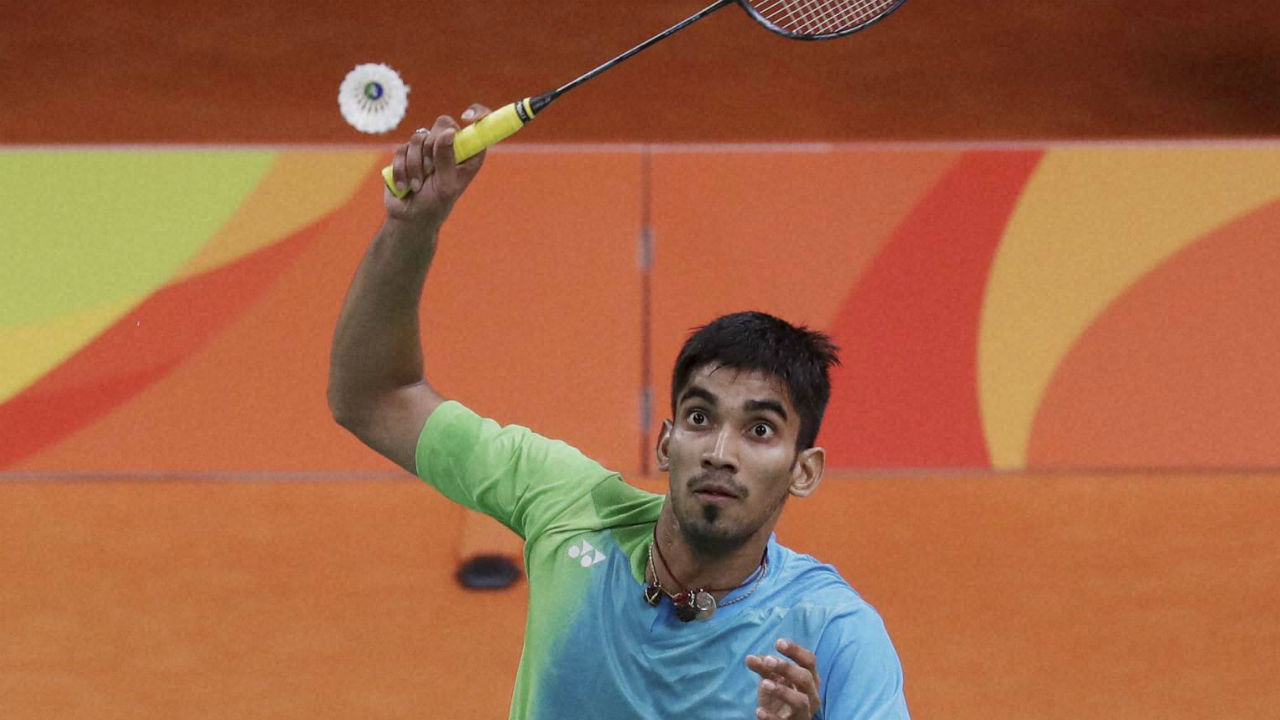 17-14! Kidambi with another unplayable cross court shot as Ginting is trying everything to get back into the match

Just 6 points away from sealing the match! Go @srikidambi! 💪#SingaporeSS

12-7! That's an amazing backhand drop by Kidambi as Ginting was expected a lobbed drive. Smart move by Kidambi

Quarterfinal Report: Indian men's singles shuttlers Kidambi Srikanth and B Sai Praneeth advanced to the semi-finals, while PV Sindhu and the mixed doubles pair of B Sumeeth Reddy and Ashwini Ponnappa lost in the quarter-finals of the $350,000 Singapore Open Superseries in Singapore on Friday.

Praneeth fought hard to get the better of Thai eighth seed Tanongsak Saensomboonsuk 15-21, 21-14, 21-19 in an hour and 11 minutes at the Singapore Indoor Stadium. The Indian will meet South Korean Lee Dong Keun, who got past Indonesian Jonatan Christie 21-18, 21-16.

Olympic 2016 runner-up Sindhu suffered a taming 11-21, 15-21 defeat at the hands of her Rio conqueror Carolina Marin of Spain.

With this win, two-time reigning world champion Marin has taken a 6-5 lead over the Indian in career meetings.

In the semi-final, the fourth-seeded Spanish star will meet South Korean second seed Sung ji Hyun, who got past Chinese sixth seed Sun Yu 21-13, 21-16. The other semi-final will be fought between Chinese Taipei's top seed Tai Tzu Ying and United States' Beiwen Zhang.

Sumeeth-Ashwini couldn't mount a challenge against the Chinese third seeded pair of Lu Kai and Huang Yaqiong, who took only 27 minutes to win 21-11, 21-8.

WIth inputs from IANS