Catch live updates of Match 7 of IPL 2017 between Mumbai Indians (MI) and Kolkata Knight Riders (KKR) at the Wankhede Stadium in Mumbai on Sunday.

Thanks for being with for the match between KKR and Mumbai Indians and what a match it turned out to be. The best match of the IPL this season so far hands down. Mumbai stayed calm in crunch situations while KKR seemed like having a nervous breakdown to lose the match. But the crowd went home thoroughly entertained. Do join us tomorrow for another match in IPL 2017. It's Kings XI Punjab vs Royal Challengers Bangalore from Indore's Holkar stadium tomorrow and we would be back as usual with all live scores and updates. Looking forward to your company for that match. Till then, it's goodbye.

Nitesh Rana adjudged tha Man of the Match for his 29-ball 50 that totally changed the complexion of the game. What a prospect he seems to be.

Wow this is the KKR of old. Dada and Buchanan will be getting nostalgic.

Nitish Rana only a month back was put on a flight back to Delhi by that fellow KP Bhaskar for 2 bad innings. #MIvKKR @mipaltan

Since 2016, five matches have been played at Wankhede in IPL and teams who have chased won all the matches.

MI win!!! What a turnaround! Pandya and Rana do it for the home side. The roof goes of Wankhede. But one big question comes to my mind. What were KKR doing in the field? A misfield costing three runs and then a dropped catch. Big opportunities to pass in the last over. But credit to Mumbai Indians for never giving up! What a game and as Ravi Shastri would have presumably said cricket is the real winner! 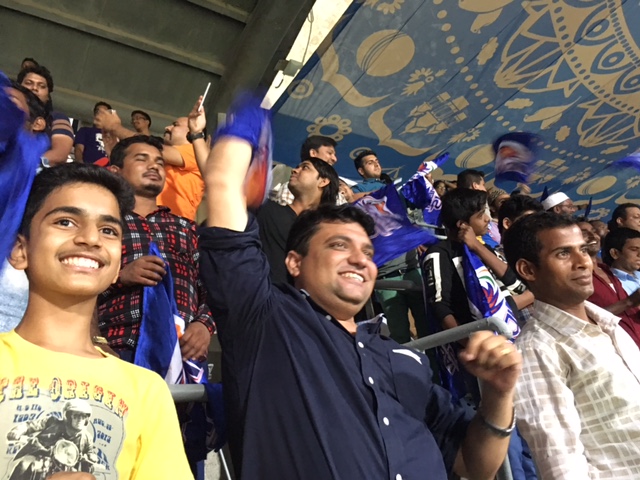 So, when is a match won? These days, whatever the asking rate, not till the last ball is bowled

Boult has the ball for the last over. The atmosphere is electric. This calls for nerves of steel and rest assured Pandya has them. Pandya goes hard down the ground. Oh dear! Suryakumar lets that slip between his legs for a boundary. The worst thing to have happened to KKR now. Boult bowls a short one. it goes past Pandya. No run. Pandya skies one. Chance for Rishi Dhawan. But he slips and drops a sitter. What drama. The next ball is turned around by Pandya for four and that's the game for MI.

KKR hands the match to Mumbai on a platter. A bundle of nerves they were in the last few overs. They have nobody to blame but themselves. Perhaps deserved to lose. Chris Lynn's injury would keep them anxious.

Sensational from Hardik to take MI home. Fearless and nerveless in most daunting situation. KKR missed catches -- and perhaps guts to win!

Preview: Mumbai Indians would not want to read too much into their good track record against Kolkata Knight Riders (KKR) after the latter's dominating display in their opening game when the two sides lock horns in a Indian Premier League (IPL) game at the Wankhede Stadium here on Sunday.

KKR cantered to a 10-wicket win against Gujarat Lions on Friday night with Gautam Gambhir (76 not out) and Chris Lynn (93 not out) taking their rivals bowlers to the cleaners.

Chasing 184 to win, KKR reached the target with 31 balls to spare, underlining their title credentials from the word go.

Mumbai, on the other hand, failed to overcome the challenge from Rising Pune Supergiant in their opening game, losing by seven wickets as Pune skipper Steve Smith stamped his class with a brilliant unbeaten 84 to guide his team to victory. In the head to head count, Mumbai clearly have the upper hand with 13 wins in 18 ties to KKR's five.

At the Wankhede, KKR have won just once, when they prevailed by 32 runs in 2012.

Mumbai would be desperate to get back the services of Sri Lanka pacer Lasith Malinga who took a hattrick in the second T20 against Bangladesh recently, his first in the shortest format of the game.

Malinga, who is the all time highest wicket taker in the IPL with 143 scalps to his name, has three hattricks in One Day Internationals.

With Tim Southee, Hardik Pandya, Mitchell McClenaghan and Jasprit Bumrah trying hard in the last game to get more wickets -- Mumbai could just send three of the Pune batsmen in the dressing room -- Malinga's addition would surely add teeth to their bowling line-up.

KKR meanwhile, according to skipper Gambhir, fared well in their bowling department by restricting a top-heavy batting of Gujarat to 183 on a wicket that offered little assistance.

Kuldeep Yadav was the pick of the bowlers, taking two wickets and conceding just 25 runs in his four overs.

But it was KKR's batting that left everyone talking. Not losing a wicket and clobbering the Gujarat bowlers with disdain, Lynn and Gambhir showed imperial form, one that will give them a lot of confidence going into the next game.

Batting first in their opening game, Mumbai did not have any batsman getting past 40 runs with England opener Jos Buttler the highest scorer for the team at 38. Skipper Rohit Sharma would look to get back in form after an injury layoff, managing just three in the last game.

It remains to be seen whether KKR take off from where they left in the last game or Mumbai put a spanner in their works.

Click here to find out more about IPL 2017 opening ceremonies, coverage on TV and streaming