Catch the live updates of Match 11 of IPL 2017, with Kolkata Knight Riders taking on Kings XI Punjab at the Eden Gardens on Thursday.

Sunil Narine adjudged that Man of the Match.

'Will have to trust him with the bat now," says captain Gautam Gambhir.

Stoinis for the 17th over and Pandey brings up the win with an imperious six over long on. Notwithstanding all their frailties on the field, a commanding run chase by KKR, it has to be said.

Three changes in the KKR side - Colin de Grandhomme replaces the injured Chris Lynn; Umesh Yadav is back in the side in place of Ankit Rajpoot and Piyush Chawla comes in place of Kuldeep Yadav.

One change for KXIP -- Veteran pacer Ishant Sharma back in place of T Natarajan.

That brings us to the close of our coverage of the KKR vs KXIP match at the Eden Gardens. An easy win in the end for Gambhir and Co, who bring up their second win of the season and with that go to the top of the table. But they would not be entirely pleased with their performance on Thursday, and there are a lot of gaps to fill. Punjab, on the other hand, fell to their first defeat of the season and would be looking to regroup and get back to winning ways when they meet Delhi Daredevils at the Ferozeshah Kotla on Saturday.

IPL 2017: Gautam Gambhir says he needs to start trusting Sunil Narine with the bat too Comprehensive victory for KKR. Gambhir was fantastic with the bat and as captain. Definitely a few things to think about for Glenn Maxwell, he needs to settle on a number three. He's tried Saha, Axar and now Stoinis with limited success. Saha is probably the best bet. They'll also want to look at more variety in the bowling with Mohit, Sandeep, Ishant, Aaron and Stoinis all being right arm seamers and Ishant and Aaron both with high career economy rates.

In the end KXIP were thoroughly outplayed but it's an opportunity for the rookie captain and his team to learn and improve.

Sunil Narine adjudged that Man of the Match.

'Will have to trust him with the bat now," says captain Gautam Gambhir. 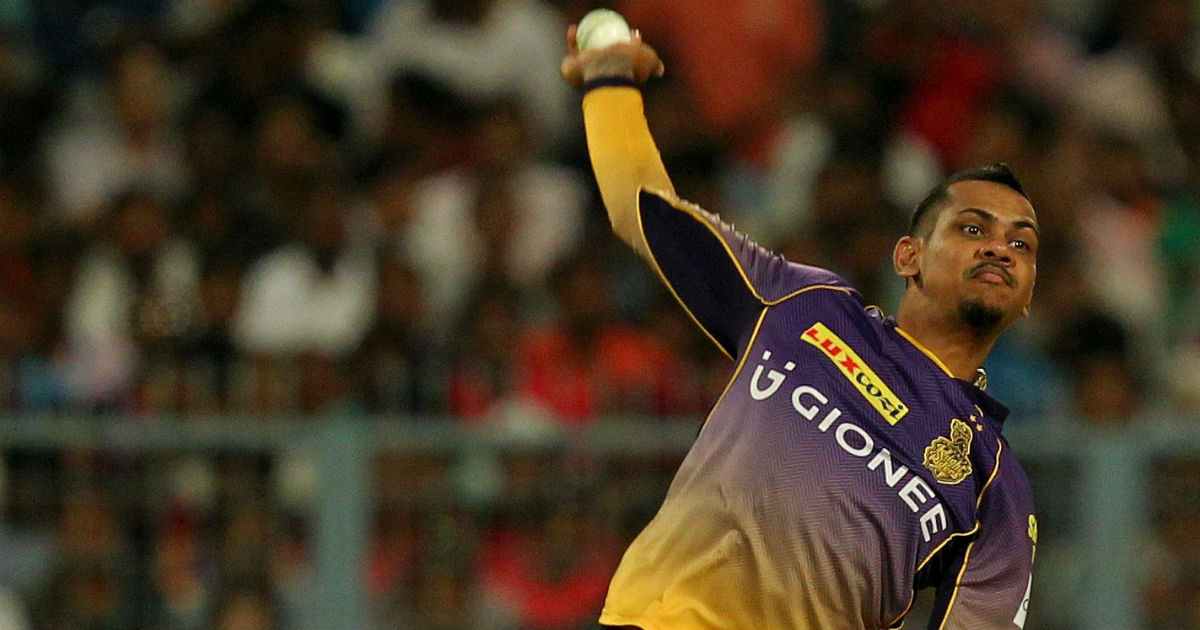 Gautam Gambhir presented with the Orange Cap. He has the most number of runs in the tournament at the moment. Gets an affectionate pat on the head from Sourav Ganguly as well!

Powerful performance from.@KKRiders. We thought they might struggle at the Eden given spin was in their DNA. Selected well, adapted well.

Hyderabad humbled by Mumbai the other night, Punjab brought crashing down to earth today. Who would you rate frontrunners in #IPL2017 now?

Preview: Two-time champions Kolkata Knight Riders would be wary of a transformed and formidable Kings XI Punjab in their Indian Premier League (IPL) face-off at the Eden Gardens in Kolkata on Thursday.

The purple brigade, champions in 2012 and 2014, may boast of a 13-6 win-loss record against the perennial bridesmaid, but the scenario looks different, especially in the context of an injured Chris Lynn, the leading run-getter of the season. The Aussie had become the IPL's latest batting sensation after his 41-ball 93 not out in a record 184-run opening stand with Gautam Gambhir (76 from 48) handed Gujarat Lions a 10-wicket rout in the opening match.

But Lynn aggravated an old injury in his left shoulder against Mumbai Indians in which KKR suffered a four-wicket loss.

Lynn had undergone surgery on the same shoulder in 2014 and the injury returned to haunt him, throwing his IPL campaign in jeopardy even as an official word was still awaited.

While Lynn looks doubtful starter against KXIP, KKR, however, will be boosted by the return of star India pacer Umesh Yadav who has joined the team on Tuesday.

The pacer had complained of right hip and lower back soreness to miss the first two KKR matches after a gruelling home season with the national team in which he played 12 of the 13 Tests and was instrumental in India's 2-1 win over Australia.

On spin-friendly conditions, Umesh was incisive with his new-found rhythm as he gave vital breakthroughs to finish the season as India's third-highest wicket-taker behind Ravichandran Ashwin and Ravindra Jadeja.

He is likely to replace Ankit Rajpoot, who gave away 19 runs in the penultimate over against Mumbai, who chased down KKR's challenging 178 with a ball to spare.

With all their bases covered in bowling, KKR will look to revel in home conditions but their batting looks depleted, in the likely absence of Lynn.

If the Australian misses out, Gambhir may be prompted to include Bangladeshi allrounder Shakib Al Hasan in place of either Trent Boult or Chris Woakes.

Lynn' absence would mean Robin Uthappa would be back to opening but his prolonged lean patch is a cause of concern for the home team.

The onus would be on the domestic cricketers like Manish Pandey, who hit a sparkling 47-ball 81 against MI, to take the responsibility.

Kings XI, whose best finish from nine editions was runers-up in 2014, have the X-factor in mentor Virender Sehwag who has already made his presence felt with his bold moves and have pulled a rabbit out of hat with back-to-back wins against Rising Pune Supergiant and Royal Challengers Bangalore.

First it was in handing Aussie allrounder Glenn Maxwell a captaincy debut. Fresh from his maiden Test century against India in Ranchi, Maxwell was named ahead of Eoin Morgan and Darren Sammy and he grabbed the opportunity with both hands.

Sehwag also made a last-minute addition in Ishant Sharma and the experienced pacer, who had donned the KKR jersey earlier, will look to represent his fifth IPL franchise. Ishant will be a good addition, considering that death bowling has been a cause of concern for KKR.

It may be the only worry for the visitors, something that came to fore in their last match where AB de Villiers tore Sandeep Sharma and Mohit Sharma apart.

This will also be a homecoming for KXIP wicketkeeper-batsman Wriddhiman Saha who would look to thrive on his current form.

The 13th edition of the IPL is just around the corner as we look back at orange cap holders in the history of the tournament so far.