Catch the live score and updates of the women's singles final between PV Sindhu and Akane Yamaguchi at the Indonesia Open.

She takes nine straight points and wraps up the opening game 21-15. Sindhu had no answers to the Japanese fast-paced game from the mid-court. She targeted Sindhu's forehand corner and capitalised on the Indian's backcourt position.

That's it from us. We hope you enjoyed the live coverage. Unfortunately, it wasn't Sindhu's day, but her form suggests that she'll emerge victorious over the top guns in the women's circuit.

See you next time. Take care!

Akane Yamaguchi claims the biggest championship of her career. Both the games showed that the Japanese has a variety of attacking strokes in her arsenal. She's known for her retrieving skills but her gameplan today stunned PV Sindhu, who looked puzzled after the mid-game break of the first game. She couldn't match up to Yamaguchi's energy on the court. 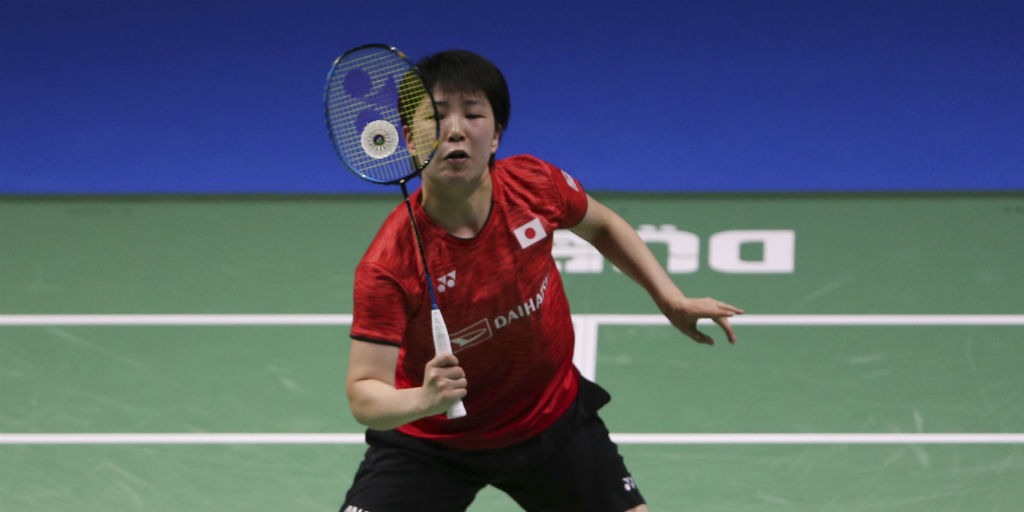 How quick was that? Yamaguchi takes a half jump and smashes one down the court to inch closer to her first Super 1000 title.

After winning a good rally, Sindhu overdoes a simple crosscourt from the backcourt shot and gifts a crucial point to Yamaguchi. She's got to be patient there.

Two consecutive points for Sindhu. She needs a few more to close the gap on the Japanese retriever's lead. Rallies have taken a toll on Sindhu's rhythm.

Can Sindhu power her way back into the game and force a decider?

Just when Sindhu picks up the pace, the pugnacious Yamaguchi comes back to snatch quick points. Incredible defensive play by the Japanese shuttler. Her backhand shots have been accurate in the second game.

That's better from Sindhu. A bit of aggression was needed in her gameplay. She holds her ground firmly to play consecutive flat strokes and trouble Yamaguchi's rhythm.

Semi-final result: PV Sindhu beat China's Chen Yufei 21-19, 21-10 to reach the final of the Indonesian Open in Jakarta on Saturday. She will now face Japanese fourth seed Akane Yamaguchi in the final on Sunday. Both players will be playing for their first-ever Super 1000 title.

The semi-final tie between the two players lasted 46 minutes involving two games that stood in stark contrast to each other. While the first game was a close affair, the second was a stroll for Sindhu.

Sindhu was trailing 4-8 in the first game before winning five consecutive points to take the lead. At the first interval, she led the game 11-10. Chen then built a lead again but Sindhu fought back from 18-14 and won another five points in a row. She went on to win the game 21-19.

Sindhu lost the first four points of the second game but once she adjusted to the change in drift, the Indian raced to a 9-5 lead. At the interval, she was leading 11-8 and she extended that lead to 17-8 before Chen could get another point. The final score of 21-10 was only a confirmation of Sindhu's dominance.