Catch all the live updates and scores in Prem Panicker's live blog from Day 4 of the 4th Test between India and Australia in Dharamsala.

That's it! India win by 8 wickets. As an icing on the cake, Rahul also gets to his fifty off 76 balls. His fifth of the series.

OUT! Hazlewood given LBW to Ashwin. He reviews, but is unsuccessful. Australia all out for 137. India need 106 to win

Jadeja into his sixth over, the 26th of the Australian second innings. Tea is taken at the fall of Marsh's wicket. Australia 92/5.

India all out for 332 in the 119th over. They take a lead of 32 runs. And with that the players leave the field for lunch.

Overcast conditions late evening. KL Rahul takes the first strike. Hazlewood to bowl the first over -- more a question of preferred ends, with Cummins the faster bowler likely asking for the other end, so Hazlewood gets to open, with three slips and a gully in place.

Good first ball, swing, bounce, line just outside off and Rahul covers the line and leaves well. Wade gathers in front of his face, good carry off the deck. Bowls the fuller length next up, looking for the swing to take it past the edge, Rahul nicely in line, plays the push into point. Hazlewood again fuller, on the stumps, Rahul forward, defensive. Beautiful ball fourth up, shorter, outside off, lifts and jags away off the seam and again, great bounce carries it high to Wade, this time Rahul half drawn into a dangerous push away from his body but bails at the last second.

The next one is in the channel, but this time fuller and Rahul leaves with ease. And one more time -- outside off, swinging further, Rahul leaves and the umpires take the bails off, so India go in on 0/0, to end the first day's play.

No change in the Australian team. For India, Kuldeep Yadav replaces the injured Kohli, Bhuvneshwar Kumar comes in for Ishant Sharma.

Stand-in India skipper Rahane spins the coin. Steve Smith calls heads and heads it is. Australia win the toss and elect to bat.

That brings us to the end of our coverage of the Dharamsala Test. It has been a long home season for India, but a very fulfilling one for Virat Kohli and Co. New Zealand, England, Bangladesh and now, Australia have come and fallen on these shores, which has established India as the No 1 team in Tests. It has been an absolute pleasure bringing you live scores, updates and in-depth analysis from all the matches. Thanks for following and till the next time, keep following Firstpost for news and views from the world of sports.

India vs Australia: As Steve Smith and Co ran out of gas on Day 3, hosts held their nerve to win series I leave you with....you guessed it right! 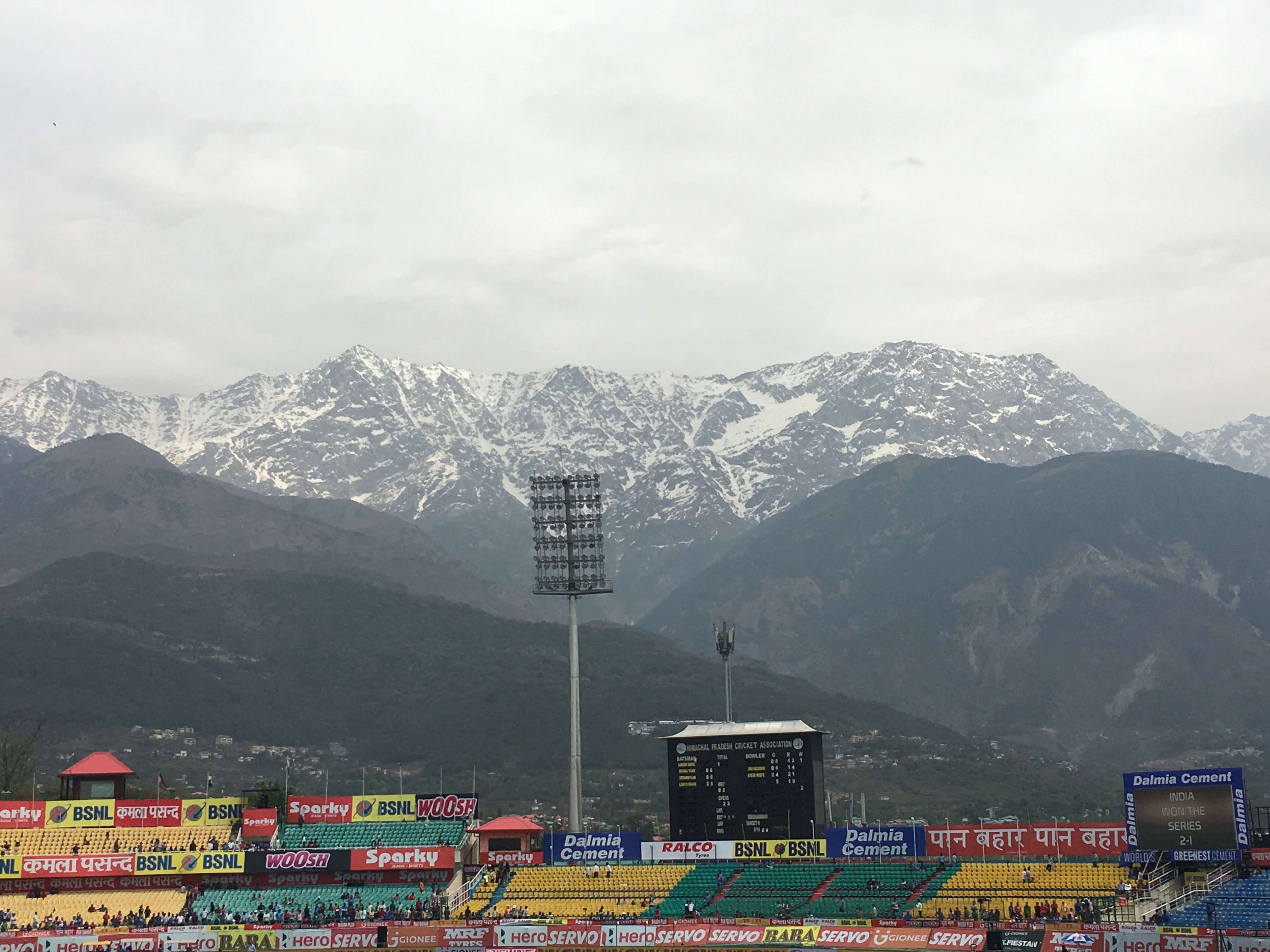 Virat Kohli: Unbelievable performance. I think this was our best series win so far. When we beat England, I thought that was an intense series, but this time the way Australia gave us a fight throughout the series was really amazing. The way the guys handled situations and the way Rahane led was outstanding and the maturity shown by all the guys in the team was very very pleasing to see.

The changes we made in the firtness regime have paid off, the guys who have played limited overs also have been able to sustain their performances throughout the season. I the past we would have sessions in which we would give away the game easily but we kept bouncing back. Starting fro  No 7 to finish No 1 at the end of the season is an outstanding achievement. So very proud as the captain.

It has been a team season, the responsiblities have been shared. That is the only way you can become the No 1 team in the world. We have done that on a consistent basis. Credit goes to all the boys. The kind of fitness the fast bowlers have shown, hats off to them. Fitness an desire clubbed together has been the main difference. It started from the South Africa series to this series, their performance has been game-changing. The spinners hav edominated but the role the fast bowlers have played have been brilliant to watch. A lot of credit for all these victories goes to them as well.

It is still a few weeks to go till I can be 100 percent on the field. But I have to take this in my stride and move forward.

Ajinkya Rahane: Really enjoyed. Credit to the boys not only in this series but all through the season. Everyone stepped up on difficult occasions. Unfortunately Virat got injured. (When Australia were 131/1 at lunch on Day 1) We knew we had to stop the flow of runs. Only Smith and Warner were scoring the runs. So we had to take only one wicket. The way Kuldeep bowled in his first game, hats of to him. All the bowlers chipped in in the first innings. Kuldeep was bowling really well in the nets and has the X-factor in him and we had confidence in him. I knew if we picked up one wicket, we will be on top. Kuldeep did that and from the other end all the bowlers kept up the pressure.

Especially on Indian wickets, the way Umesh, Bhuvnesh, Ishant, Shami have bowled throughout the season, it was good to see from the slip and gully region. So hats off to all the individuals.

In low-scoring games, you need 30-40 quick runs. Rahul applied himself really well. I decided to take my chances. But credit to Australia. They played some good cricket and gave us a fight.

This was the best wicket. It had good pace and bounce and the ball was turning from day one, but was still good to bat on, if you applied yourself and it was very easy to score runs because of the bounce.

Ravindra Jadeja: Feeling great as part of the No 1 team. I wanted to take time, but them Matthew Wade started chirping form behind the stumps. So I thought if I can reply him here itself by scoring well there would be nothing like it. I wanted to do well for the team. The coach and captain also motivated me.

Earlier people didn't consider me a Test player. It is a good reply to them that I am the world's No 1 bowler. I wanted to develop series by series. When I bowl with Ashwin, the pressure is maintained from both the ends. The plans are working well and we want to do well abroad too and carry the winning momentum.

This was a good pitch for fast bowlers. It had bounce and seam. When we lost the toss and were fielding on the first day, there was not a lot of help for the spinner. 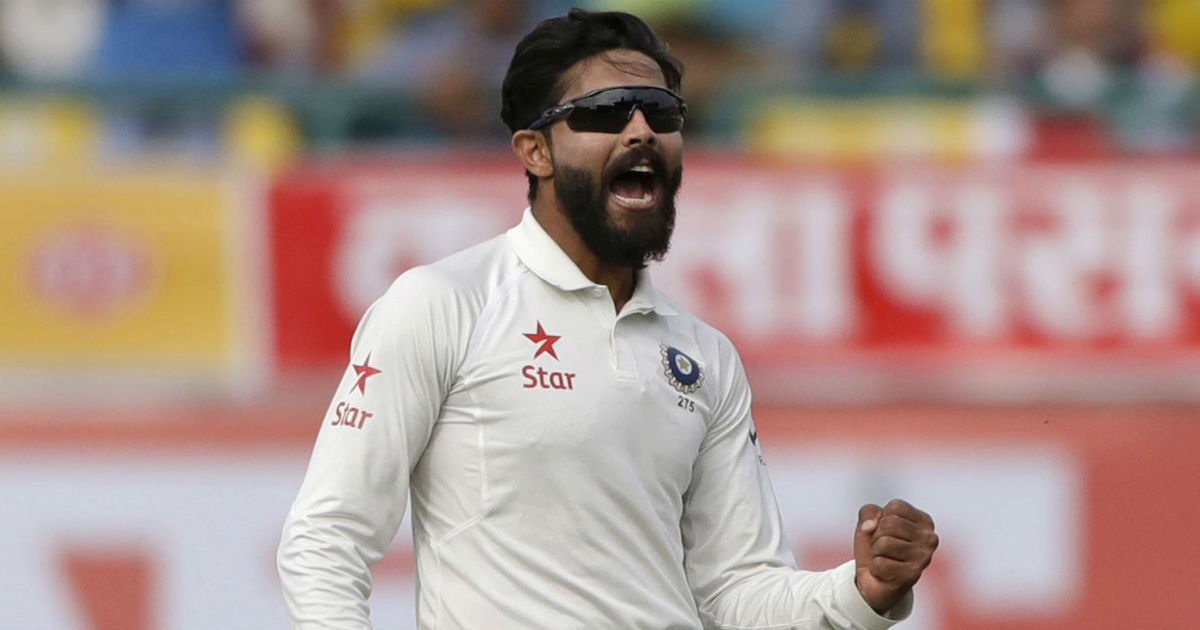 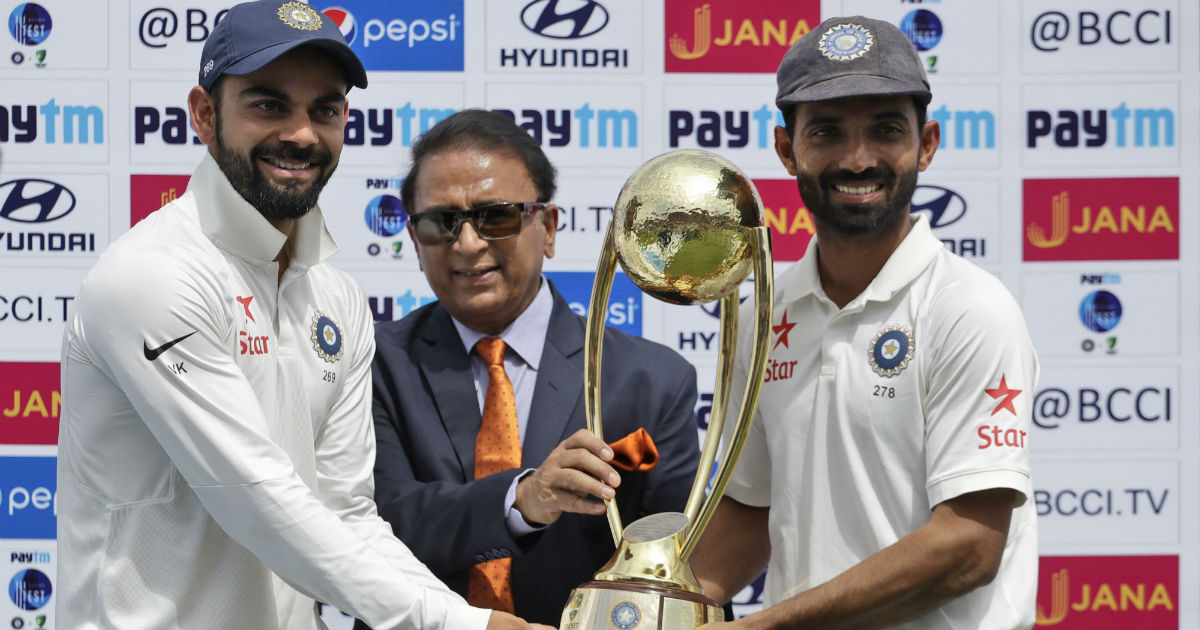 Steve Smith: It was a magnificent series, probably one of the best I have been a part of. We played some very good cricket, we had our opportunities at times but credit to India, they are a fantastic cricket side, particularly in their own backyard. If you give them a sniff, they take it. So credit to India for winning the series 2-1. Fot Australians coming to India is probably one of the toughest places to tour. It was a fantastic learning curve. The way the guys adapted and challenged India in these conditions were fantastic. We came with really good plans and it was just about doing them for a little bit longer. I am proud of the way the boys have competed.

The middle session yesterday when we lost five for 70-odd changed the game. India bowled particularly well yesterday afternoon. Umesh Yadav was fantastic. He has been great all series along with the spinners.

The way to competed was one of the positives. Lot of people wrote us off even before we got here. They thought it was going to be a 4-0 whitewash, but I am proud of the way the guys have adapted and compete against a quality Indian line-up. We probably let a few moments slip and against India you can't do that. I am sure this young side is going to take a lot away from this series. Hopefully that will improve us going forward. The pitch had pace and bounce. That is what the Australians like. It was the quickest wicket we played on. It suited the spinners also and if you are willing to bat time, you will score runs as well. So it was a very good wicket.

I had been pretty intense throughout the series and wanted to do well for my team and led from the front. I may have let my emotions slip at times. I apologise for that. I have enjoyed playing in the series and it has been a great learning curve for me as an individual and as a captain.

Day 3 Report: Indian bowlers put up a spirited show on the third day of the fourth and final cricket Test against Australia here on Monday to give the hosts an advantage that could well clinch them the four-match series.

Pacer Umesh Yadav and the spin duo of Ravichandran Ashwin and Ravindra Jadeja scalped three wickets each while medium-pacer Bhuvneshwar Kumar took one wicket to restrict the visitors to 137 in the second innings -- and set a 106-run target for clinching the final cricket Test match.

The third day's play started with Indian lower-middle order stepping up to the occasion. Resuming the day at 248/6, overnight batsmen Ravindra Jadeja (63) and Wriddhiman Saha (31) added 69 runs before the former was dismissed by pacer Pat Cummins in the 113th over. Cummins bowled a wide length ball which Jadeja tried to drive without using his feet and guided a thick inside edge onto the stumps.

Incoming batsmen Bhuvneshwar Kumar departed in the next over without disturbing the score. He was sent packing by left-arm spinner Steve O'Keefe.

Saha, who seemed good at the crease was the next one to go. He was dismissed by Cummins when the scoreboard read 318/9. His 102-ball knock contained only two boundaries.

Tailenders Umesh Yadav (2 not out) and debutant Kuldeep Yadav (7), however, added 14 runs for the last wicket to frustrate Australian bowlers and helped India get past the 330-run mark.

Continuing his poor form, opener David Warner (6) again failed to provide a good start as he was the first to return to the pavilion with the visitors' scoreboard reading 10 runs.

Incoming batsmen Steve Smith, who scored a brilliant century in the first innings, could only manage 17 runs in the second outing.

Smith was bowled by Kumar, who delivered a short ball which, taking the bottom edge, flattened the off stump.

Youngster Matt Renshaw (8) was the next batsmen to leave -- sent packing in the next over by Yadav.

Middle order batsmen Peter Handscomb (18) was then sent back cheaply by Ashwin to be in commanding position.

Apart from Glenn Maxwell (45), no other batsmen, including in-form Smith, were able to understand the Indian bowling strategy.

Wicketkeeper-batsman Mathew Wade, however, tried to hold the innings towards the end but it was too late as the Indian bowlers had already rampaged through the Australian batting line-up.

Australia, scoring only 137 runs in their second outing and setting a 106-run victory-target, now face a difficult task to restrict India, who started the run chase on a positive note, with two day's play left.

At the end of the day's play, India had scored 19/0 and needed only 87 runs more to win the final Test -- as also the four-match Test series.

Openers Murali Vijay (6) and Lokesh Rahul (13) were at the crease when the day's play was called off.