Catch the live updates of the French Open Superseries as PV Sindhu, Kidambi Srikanth and HS Prannoy will be in action in the quarter-finals.

What a marvellous performance by Srikanth to get past the defending champion Shi Yuqi in a three-game thriller. After being humiliated in the opening game, the World No 4 managed to outclass the Chinese shuttler in the next two games with his athleticism and trickery at the net.

He sets up an all-Indian semi-final clash with HS Prannoy.

It is one-game all between Srikanth and Shi Yuqi. The Indian ace shuttler keeps his calm to register a come-from-behind win in the second game. The Chinese shuttler relied on his overall game but Srikanth fought his way back with superb attacking strokes from the net.

The former World No 2 took complete control of the game with a handful of deceptive drives from the mid-court. Srikanth couldn't help but hit the shuttle straight down the frame at times. Notably, Shi's defence is also something Srikanth needs to worry about.

What an incredible battle this was! Boe-Mogensen took the opening game in just 11 minutes but struggled to defend in the second. Rankireddy-Shetty were just outstanding to respond the way they did against the all-time greats. The young talents almost knocked the Danes out but lost focus at the end.

Despite a slow start in both the games, Prannoy outsmarted Jeon in straight games to book his place in the semi-finals of the men's singles event. The Indian shuttler was in control of his shots after the mid-game interval of the opening game and his brilliance at the net was enough to see him through to the next round.

That was a dominant performance by the Indian shuttler to down China's Chen in straight games. Sindhu played a very attacking game and avoided hitting the frame in a hurry. The court coverage is one such area where the Indian has been fantastic this year. Chen was taken by surprise in both the games, courtesy Sindu's confident start.

The second seed relied on her strong attack to bag points quickly at the start and maintained her lead over Chen throughout the game. The Chinese, on the other hand, tried to unsettle Sindhu with crosscourt drop shots but was unsuccessful.

That brings us to the end of the live coverage of the French Superseries tournament. Overall, it was a good result for the Indians as Kidambi Srikanth, HS Prannoy and PV Sindhu all entered the semi-finals in contrasting styles. However, the young pair of Satwiksairaj Rankireddy and Chirag Shetty suffered a narrow defeat in three games against second seeds Mathias Boe and Carsten Mogensen.The youngsters fought well till the end and credit goes to their talent and combination to deliver the goods on such a big platform.

Hope you liked our coverage. We will be back tomorrow. Until then, take care!

It is going to be an all-Indian semi-final clash tomorrow!

What a marvellous performance by Srikanth to get past the defending champion Shi Yuqi in a three-game thriller. After being humiliated in the opening game, the World No 4 managed to outclass the Chinese shuttler in the next two games with his athleticism and trickery at the net.

He sets up an all-Indian semi-final clash with HS Prannoy. 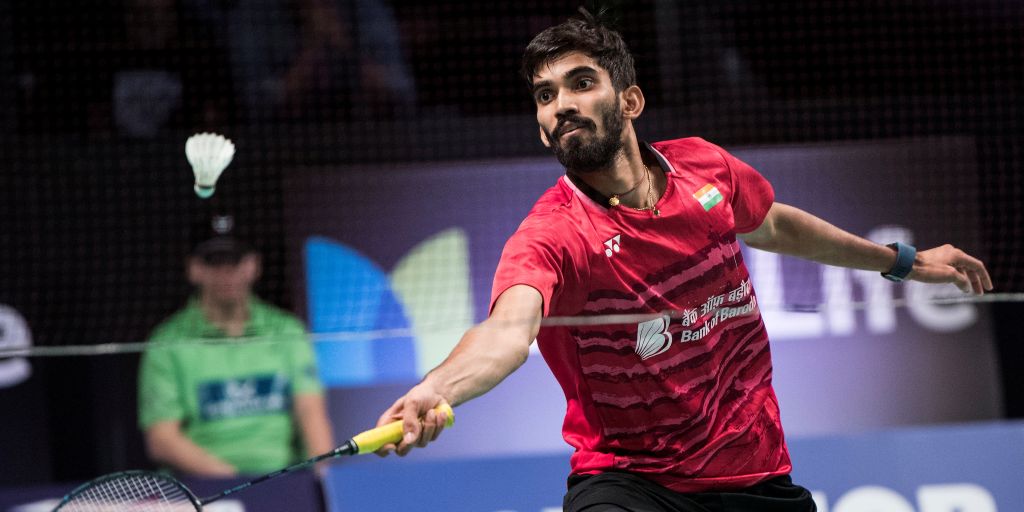 17-9! Srikanth's net shot was simply too good. The Indian has shown brilliant awareness in the final game and a lot of credit goes to his fitness there. What an athlete!

9-14! Srikanth hits the net for the third time in a row, gifting Shi crucial points right after the mid-game break.

13-5! Srikanth is pushing Shi towards the backcourt so that he can kill before his opponent reaches the forecourt. Great strategy there from the Denmark Open Superseries Premier champion.

11-3! The Indian ace shuttler has an eight-point advantage over Shi Yuqi at break of the final game https://t.co/w4Kcfw3KyK #FrenchSS

10-2! What a transformation. There is no stopping Srikanth at the moment. He has found energy from somewhere. Those deadly flat smashes were missing in the two games.

8-1! Srikanth wins seven points on the trot to unsettle Shi Yuqi in the decider

6-1! Srikanth appears to be in total command of his strokes from the net. One has to be accurate while hitting netshots and Srikanth has been absolutely on fire since the start of the final game.

Second round report: Indian shuttlers PV Sindhu and Kidambi Srikanth advanced to the quarter-finals, while Saina Nehwal, B. Sai Praneeth and the women's doubles pair of Ashwini Ponnappa and N. Sikki Reddy suffered losses in the second round of the French Open World Superseries on Thursday.

Meanwhile, the young men's doubles pair of Satwiksairaj Rankireddy and Chirag Shetty defeated Denmark's Mads Conrad-Petersen and Mads Pieler Kolding 22-20, 12-21, 21-19 in an hour to march into the last eight stage. It was 20-year-old Yamaguchi's third consecutive win over 27-year-old Saina, who still leads the Japanese 3-1 in head-to-head records.

Yamaguchi completely dominated Saina in the first match after opening up a 13-7 lead before winning it 21-9.

Saina, however, fought valiantly in the second game. Yamaguchi started again strongly, holding a 7-3 lead. Saina kept trailing before managing to equalise at the 19-point mark before taking a 20-19 lead.

However, the 2017 Asian Championships silver medallist quickly hit back and pulled level at the 20-point mark and took a 21-20 lead.

Saina once again keptAherself in the reckoning, equalising at 21-21. But Yamaguchi stepped up her game to seal it 23-21.

In a women's doubles match, Ashwini and Sikki lost to Japanese top seeds Misaki Matsumoto and Ayaka Takahashi 16-21, 14-21 in 38 minutes.