Catch the live scores and updates of the semi-final games at the French Open Superseries tournament as Kidambi Srikanth, HS Prannoy and PV Sindhu will be in action.

Srikanth is into the final!

The World No 4 beats Prannoy 14-21, 21-19, 21-18 to enter yet another final of a Superseries tournament this year. Make that FIVE Superseries finals for the Guntur-born lad. Having lost the opening game, he came from behind twice to snatch the second and third games from the in-form Prannoy. Credit to Prannoy for taking India's best male shuttler to the last.

Srikanth forces the match into a decider: 21-19

It is a see-saw battle between the two talented Indian shuttlers in the semi-finals. Both Srikanth and Prannoy demonstrated their attacking style of play but it was the former who came from behind to force the match into the deciding game.

The World No 12 comes from behind twice to snatch the first game against Srikanth, who looked a bit hesitant to attack after the mid-game interval. Prannoy relied on his attack to take a 1-0 lead.

The World No 5 smashed her way into the semi-final of the women's singles event with an impressive straight-game win over World No 2 Sindhu. Akane was accurate at her net since the start of the game and restricted Sindhu from playing quick forehand drives.

With a well-deserved win, she faces Tai Tzu Ying in the final tomorrow.

The Japanese wins seven consecutive points at 14-all to draw first blood and put all the pressure on a defensive Sindhu, who struggled to trouble Akane after the mid-game break.

The World No 2 takes on World No 5 in what could be a brilliant battle between two attack-minded shuttlers. The Japanese, however, has a variety of shots in her armour to stop the lanky Sindhu. On the other hand, the India Superseries winner can change the outcome of the match in no time with her overall brilliance.

Two Indian men's singles players will face off for the first time ever in the semi-finals of a Superseries event. Earlier, Srikanth met compatriot Sai Praneeth in the Singapore Open final a few months back. However, this clash will be a battle of attacking styles. Srikanth is unique in his style of play but can succumb to Prannoy's fast-paced game at the net.

Srikanth leads 2-1 in the overall head-to-head meetings against the World No 12 but Prannoy is known for his giant-killer trait, having beaten the likes of Lee Chong Wei twice in as many months, Chen Long and higher-ranked opponents.

The semi-finals day has come to an end and what a competitive day it was! Kidambi Srikanth entered his fifth Superseries finals of the year after a win over compatriot HS Prannoy in three games. PV Sindhu, on the other hand, suffered a defeat at the hands of in-form Akane Yamaguchi. Kenta Nishimoto continued his dream run and defeated Danish wonderkid Anders Antonsen in straight games.

Hope you enjoyed the coverage. See you tomorrow, bye!

With this win, Srikanth enters his 5th Superseries finals this year

Srikanth is into the final!

The World No 4 beats Prannoy 14-21, 21-19, 21-18 to enter yet another final of a Superseries tournament this year. Make that FIVE Superseries finals for the Guntur-born lad. Having lost the opening game, he came from behind twice to snatch the second and third games from the in-form Prannoy. Credit to Prannoy for taking India's best male shuttler to the last. 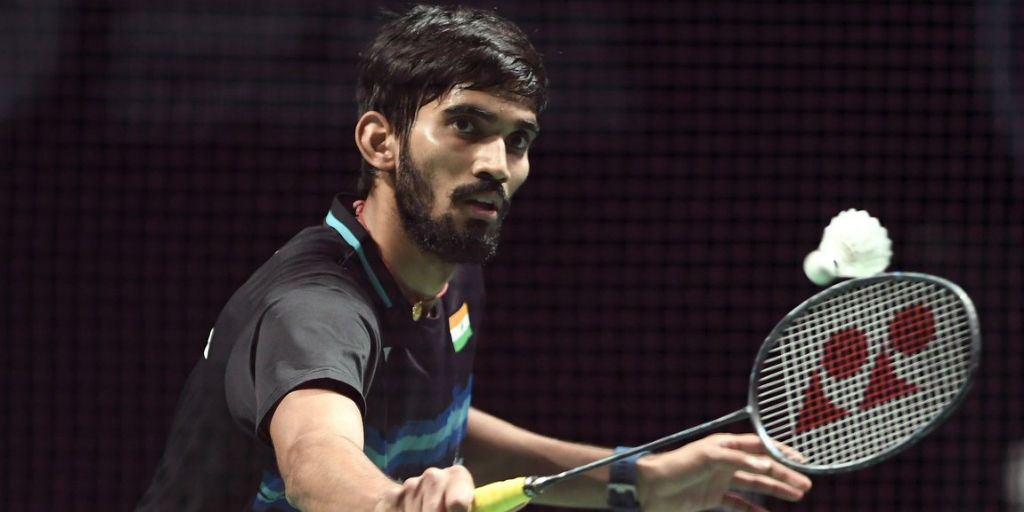 20-18! Match point for Srikanth as he pips Prannoy yet again to put one foot in the final. He is just a point away from entering yet another Superseries final.

INTENSE! 18-18 in the decider! Srikanth and Prannoy have brought the house down in the semi-final clashhttps://t.co/tbbwn1ytZ4 #FrenchSS

15-12! A three-point advantage for Prannoy, who has been brilliant at the net. It is not just about attacking in the third and final game but about keeping shots in control against World No 4.

Just a point to separate the two at the break. Prannoy leads 11-10 at the change of ends against Srikanthhttps://t.co/tbbwn1ytZ4 #FrenchSS

Neck and neck in the deciding game between Prannoy and Srikanth. What a battle this is! https://t.co/tbbwn1ytZ4 #FrenchSS

5-4! The third and final game gets underway and Srikanth moves ahead of Prannoy. It is a great contest between two shuttlers who have known each other since the junior years.

Earlier, Rio Olympics silver medallist PV Sindhu also stormed into the semi-finals of the women's singles after beating Chinese rising star Chen Yufei in straight games 21-14, 21-14 in a match that lasted for 41 minutes. Prannoy became the first Indian man to enter the semi-final of the event ever since it became a Superseries in 2007. He took 47 minutes to defeat the South Korean giant killer.

Prannoy will next face the winner between India's Kidambi Srikanth and China's No 4 seed, Shi Yuqi. On the other hand, this is also Sindhu's maiden last-four appearance in the tournament.

The Hyderabadi dominated the match throughout, except for a brief period in the second game, against her world No. 10 Chinese rival.

It also turned out to be a sweet revenge for the Indian star, who crashed out of last week's Denmark Open after losing to Chen in the opening round.

In the semi-finals on Saturday, Sindhu will face the winner of the match between third seed Sung Ju Hyun of South Korea and fifth seed Akane Yamaguchi of Japan. Akane had defeated another Indian Saina Nehwal in the second round.

In men's doubles, the young Indian pair of Satwiksairaj Rankireddy and Chirag Shetty crashed out after losing 5-21, 21-17, 17-21 to world's top-ranked combo of Denmark's Mathias Boe and Carsten Mogensen in the quarter-finals.