Catch the live score and updates of the French Open 2018 semi-final match between Satwiksairaj Rankireddy-Chirag Shetty and Kevin Sanjaya and Marcus Gideon.

The Indonesians have toyed around in the opening game against Satwiksairaj Rankireddy and Chirag Shetty. Their court coverage is something every pair is envious of. They are arguably one of the rare combinations who find the right balance between attack and defence, coupled with some trickery.

Despite putting up a spirited performance in the second game, the Indian men's doubles duo Satwiksairaj Rankireddy and Chirag Shetty tasted defeat against World No 1 pair Kevin Sanjaya and Marcus Gideon. The Indonesian pair were too good for the young Indian duo as their unrelenting gameplay smothered their opponent. And that brings the end to India's campaign at the French Open.

That's it from us. Hope you liked our coverage. We'll be back to cover the next tournament. See you later.

It was a breathtaking semifinal between @Shettychirag04/@satwiksairaj and Marcus Gideon/Kevin Sukamuljo, but the Indonesian pair came out on top to book a spot in the final of #FrenchOpenSuper750 . 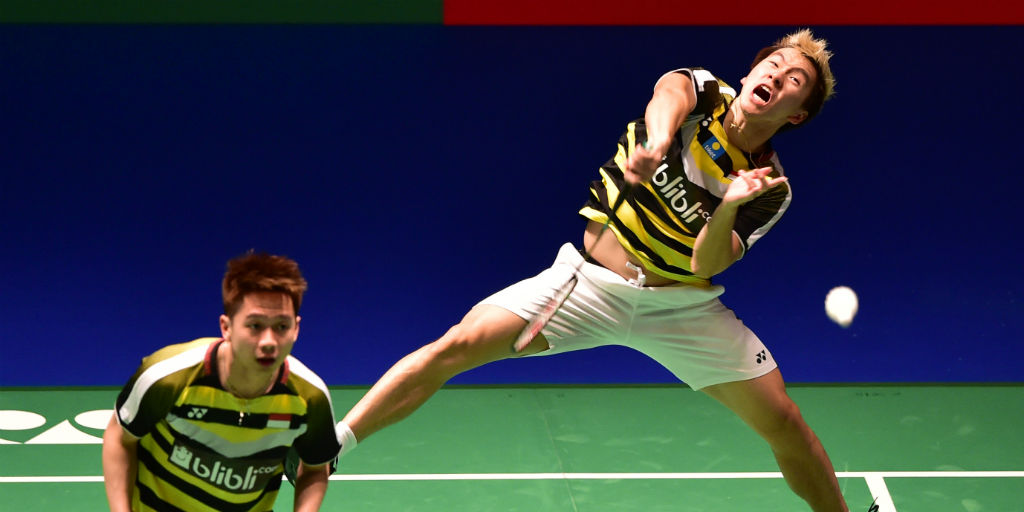 This is a great exhibition of mind-blowing badminton by both the pairs. The forehand drives by Kevin is just a treat to watch. Not to forget, Chirag has been resilient at the net. He's covered it with elan.

So many quick rallies with a lot of trickery from all four shuttlers on the court. Satwik and Chirag have targeted the backcourt, while Kevin and Marcus have unsettled the Indians with their fast-paced exchanges at the net.

That shot was very well placed by Kevin Sanjaya from the backcourt. Chirag was taken by surprise there.

Make that 20-20. Two quick points for both the pairs. This is turning out to be a great attacking battle.

Both pairs are doing everything they can to attack from all corners. Things are getting interesting now

14-12! Marcus fails to defend Chirag's jump smash as his shot hits the net. That's another error in the second game. The Indian duo has managed to generate enough pace and power to play a mix of deceptive strokes too.

9-7! Satwik and Chirag have finally found the rhythm. They're not making the same kind of mistakes as they did in the opening game. They maintain the two-point lead over the Indonesians.

Quarter-finals wrap: Satwiksairaj Rankireddy and Chirag Shetty stormed into the semi-finals, defeating their compatriot Manu Attri and Sumeeth Reddy 21-17, 21-11. The young duo will face the top-seeded pair of Marcus Gideon and Kevin Sanjaya on Saturday.

Earlier, Indian shuttler Saina Nehwal crashed out of the Denmark Open as she lost to World No 1 Tai Tzu Ying in the quarter-final match.

Saina's poor run against Ying continued as she never looked in the contention right from the start but towards the end of the first game Saina bounced back but could not finish.

The second game saw Ying overpowering Saina. It was a cakewalk for the World No. 1 as she outmuscled Saina with ease to enter the semi-final.

Light Combat Helicopter Induction: The choppers have been flown extensively in Ladakh and the desert sector to meet the requirements of the armed forces