Catch the live updates of the FIFA World Cup 2018 draw as 32 teams, including Germany, England and Argentina gear up for football's most prestigious tournament.

England vs Belgium, Spain vs Portugal or Germany vs Sweden? All the groups look very competitive!

Get ready for England vs Belgium! They take the G4 position. Why is Three Lions boss Gareth Southgate sweating? Roberto Martinez looks calm.

The coverage of the draw is about to start now. Russian president Vladimir Putin and FIFA president Gianni Infantino have entered the stage for their respective speeches.

So, that brings us to the end of the FIFA World Cup 2018 live blog. A lot of interesting matches to watch out for next year. Hope you enjoyed our coverage. Goodbye and take care!

Iceland is home to around 330.000 people. In Argentina's capital city Buenos Aires alone there live around 3 million people #WorldCupDraw

The showpiece event will begin with hosts Russia vs Saudi Arabia. Not exactly the most exciting opening game but it's the World Cup.

England vs Belgium, Spain vs Portugal or Germany vs Sweden? All the groups look very competitive! 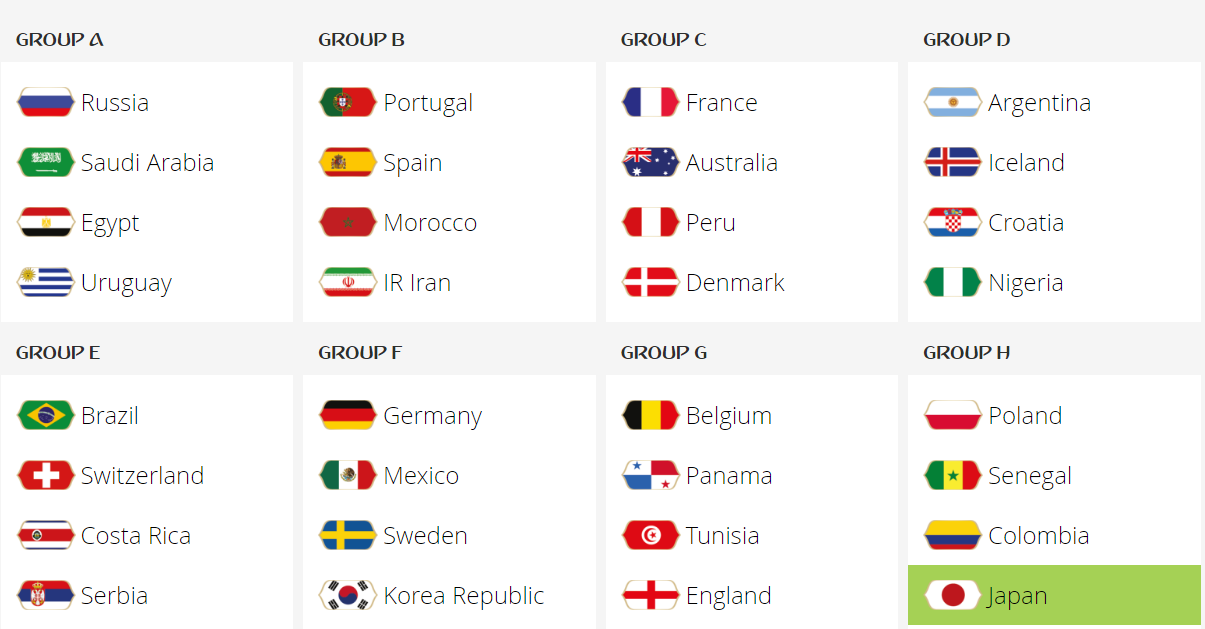 Iran join Spain and Portugal in Group B. Looks tight, eh? Iceland, the underdogs, take position D2 and will play their opening game against Argentina. Costa Rica go into Group E, while Sweden into Group F with Germany and Mexico. Tunisia join England and Belgium's group, leaving Senegal to go to Group H.

Egypt go to Group A, Denmark are placed in Group C with France and Peru as Group B has its maximum quota of two European teams.

The draw after two pots:

Get ready for England vs Belgium! They take the G4 position. Why is Three Lions boss Gareth Southgate sweating? Roberto Martinez looks calm.

Diego Maradona will be reunited on stage with World Cup rival Gary Lineker at the draw in Moscow next week. The 32 teams are set for the World Cup as they will discover their groups at the draw. Twitter: @FIFAWorldCup

Maradona will represent Argentina in the State Kremlin Palace, where all eight World Cup-winning nations will send a playing great to assist in the draw, FIFA said Tuesday.

Maradona captained Argentina to the 1986 title, eliminating Lineker's England in the quarterfinals with the help of his "Hand of God" goal in Mexico City.

Minutes later, Maradona scored one of the best goals in World Cup history, before Lineker pulled England close in a 2-1 loss. Maradona was voted player of the tournament and Lineker was the top scorer with six goals.

Lineker will host the 32-nation ceremony on 1 December. England will be officially represented by Gordon Banks, goalkeeper on the 1966 team.