Catch all the live scores and updates from the quarter-finals of the 2017 Australia Open Superseries as PV Sindhu and Saina Nehwal face tough challenges.

Sixth seed Sun Yu of China enters the semi-finals of the Australia Open after winning a marathon match which lasted for 1 hour 18 minutes in three games. It was difficult to pick out who was superior on the day, however, the Chinese shuttler kept her calm to win the game in the decider.

Nonetheless, it was a good battle between attack and defence.

Saina's defensive masterclass enabled her to take the lead early on and kill the game before Sun Yu could react. The Indian shuttler's net shots and domination in rallies have drained Sun Yu. Let's see how the decider pans out!

This was one of the games where both the shuttlers tried to outwit each other with attacking shots. But, it was Sun Yu who won eight straight points to claim the first game. Saina lost focus towards the end.

The second game gets underway!

PV Sindhu misses out on the semis spot after losing to Tai Tzu in a three-game thriller. Sindhu was a point away from winning the match in the second game but Tai Tzu came back to level the scores at 1-1 and went to claim the match with yet another comeback (10-14 to 21-16) and cemented her semis berth.

It turned out to be a tight game despite Sindhu's dominant show in the opening game. Tai Tzu saved a match-point to clinch the second game and force the match into the deciding game. PV Sindhu certainly lost focus at the end,

An incredible start for Sindhu as she smashes her way to seal the opening game against top-seeded Tai Tzu Ying. The Indian shuttler won seven straight points to unsettle her opponent.

A valiant performance from the freshly installed World No 11 Srikanth sees him go past Praneeth and book a place in the semi-finals of the men's singles. A win in straight games will boost Srikanth's confidence as he is now one of the favourites to win the grand event.

Despite winning the opening game, Srikanth must maintain the grip over his attacking moves in the second game. Praneeth fought brilliantly to claw back but Srikanth snatched it right at the end.

And that brings us to the end of a rather frustrating day for Indian shuttlers despite Srikanth's win over Sai Praneeth in the all-Indian encounter. The World No 11 is now the only Indian left in the competition since Saina and Sindhu were shown the door. Tough luck, girls!

Don't forget to visit our live blog tomorrow as we will be back to provide you all the updates from semi-finals of the Australia Open. Hope you enjoyed our blog!

So, it wasn't really a great day for Indian women's singles as both PV Sindhu and 2016 Australia Open winner Saina Nehwal crashed out of the Superseries event in a similar fashion. Both Saina and Sindhu were outplayed in their deciding games where they were unable to maintain the pressure on their opponents.

Well, there was a possibility of a mouth-watering all-Indian semi-final had Saina and Sindhu won their respective matches.

Sixth seed Sun Yu of China enters the semi-finals of the Australia Open after winning a marathon match which lasted for 1 hour 18 minutes in three games. It was difficult to pick out who was superior on the day, however, the Chinese shuttler kept her calm to win the game in the decider.

Nonetheless, it was a good battle between attack and defence. 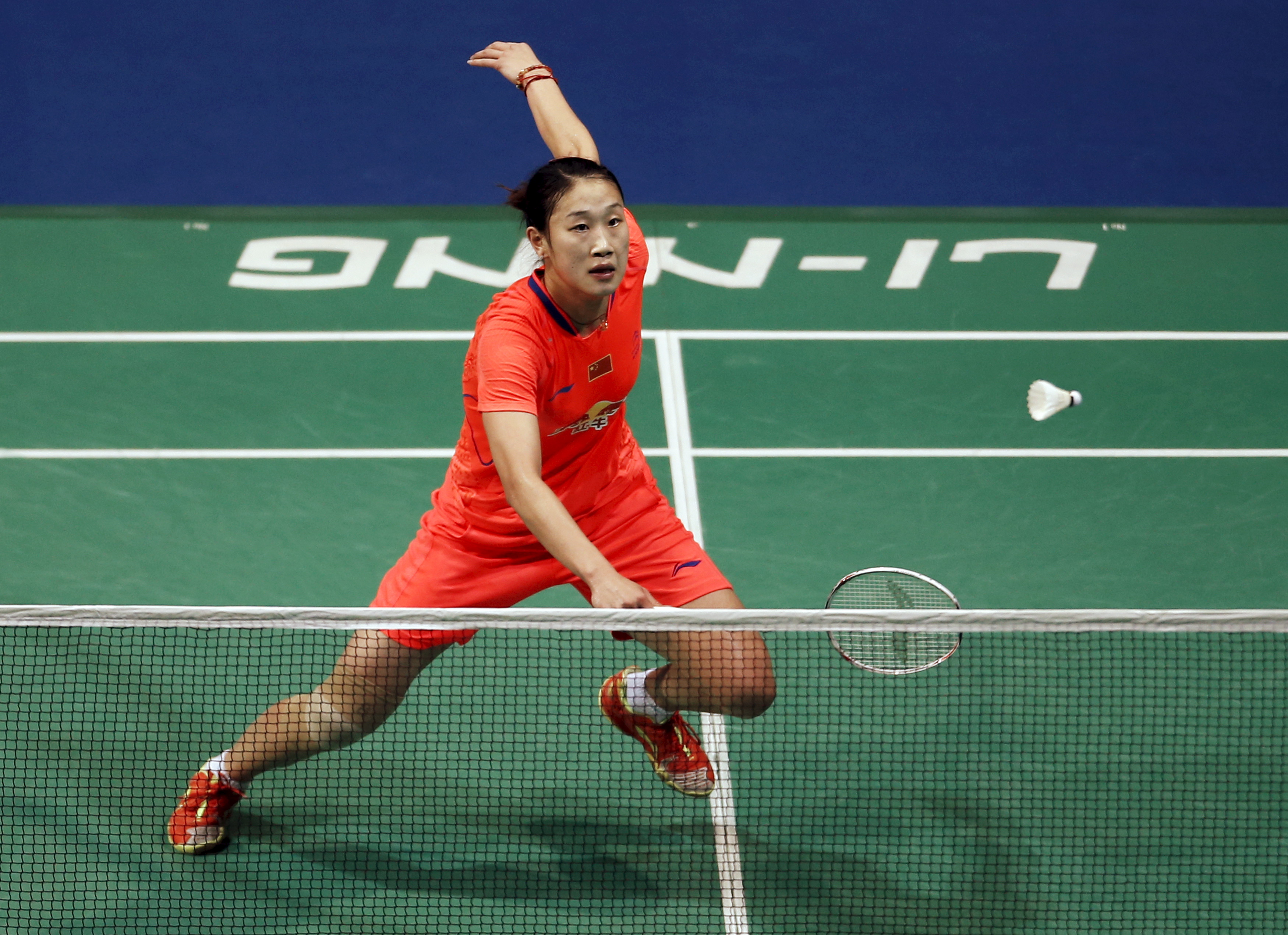 18-15! Three-point advantage for Sun Yu as she gets the better of Saina in yet another tiring rally.

15-15! This is turning out to be a great battle between Sun Yu & Saina. Who will clinch the decider? https://t.co/oFyVRrovj1 #AustraliaSS

Saina Nehwal is just 6 points away from winning the match. 15-13 against Sun Yu. #AustraliaSS

Saina's drop shots have created a lot of trouble for Sun Yu, who failed to make the ground on three occasions in the third game.

14-12! Great judgement by Saina to let the shuttle land wide but Sun Yu challenges it. Oh, it's a tactical one so that she takes a mini break. In women's singles category, Nehwal edged past Soniia Cheah of Malaysia 21-15, 20-22, 21-14 in a gruelling match which lasted around an hour. Fifth-seeded Sindhu played to her reputation and outplayed her Chinese opponent Chen Xiaoxin 21-13, 21-18 in 46 minutes' match.

In men's singles, Srikanth, who recently clinched Indonesia Open, and Praneeth continued their prime form, brushing aside South Korean top seed Son Wan Ho and Chinese Huang Yuxiang respectively to advance to the quarter-finals, where they take on each other.

In women's doubles, after winning the first game, the Indian pair of Ashwini Ponnappa and N. Sikki Reddy were outplayed in every department of the game by Japanese duo Shiho Tanaka and Koharu Yonemoto 21-18, 18-21, 13-21, and bowed out of the meet.