Hastings (New Zealand): The Indian women's hockey team ended its winless streak by notching up a close 1-0 triumph over Canada in a classification game of the Hawke's Bay Cup in Hastings on Saturday.

India had come into the match searching for their first victory against the Canadian team and the first half was played out evenly between both teams.

Both teams had their share of penalty corners but failed to convert any to break the deadlock. Rani came closest, when she was unmarked in the circle with only the keeper to beat but failed to hit the target. 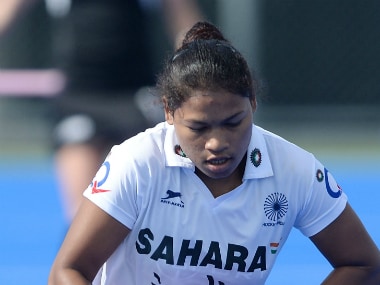 The second half saw more of the same, as the teams created several opportunities without finding the back of the net.

In the 43rd minute, Lilima Minz finally broke the deadlock with a brilliant bit of individual play, as she dribbled into the circle and beat the keeper with a sharp shot to give India the lead.

Both teams squandered opportunities in the fourth quarter, with the game edging to a close, as India eked out a vital win. The victory meant they next play for the 5th-6th place, an improvement on their last showing at the tournament.

Speaking after the match India's Chief Coach Neil Hawgood said, "Today's game was vital for us, another loss would've left us competing for the wooden spoon, so I am glad we got the victory."

"We controlled the ball well and held possession in key areas at key moments, a factor that helped decide the outcome of the game."

India next play Ireland in the classification game on Sunday.

The Hawke's Bay Cup is an invitational eight-nation tournament as part of the festival of hockey in New Zealand.