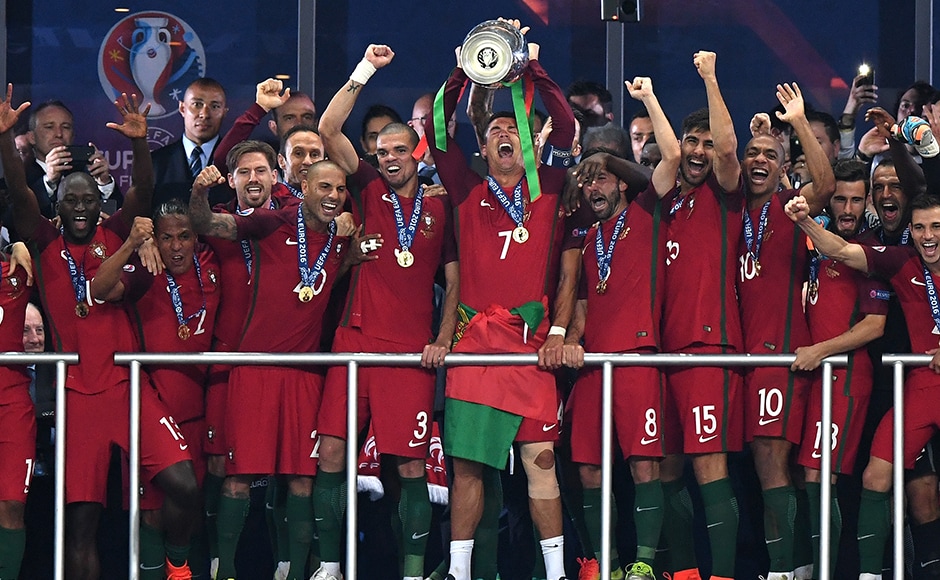 Cristiano Ronaldo of Portugal lifts the European Championship trophy after his side win 1-0 against France. Getty 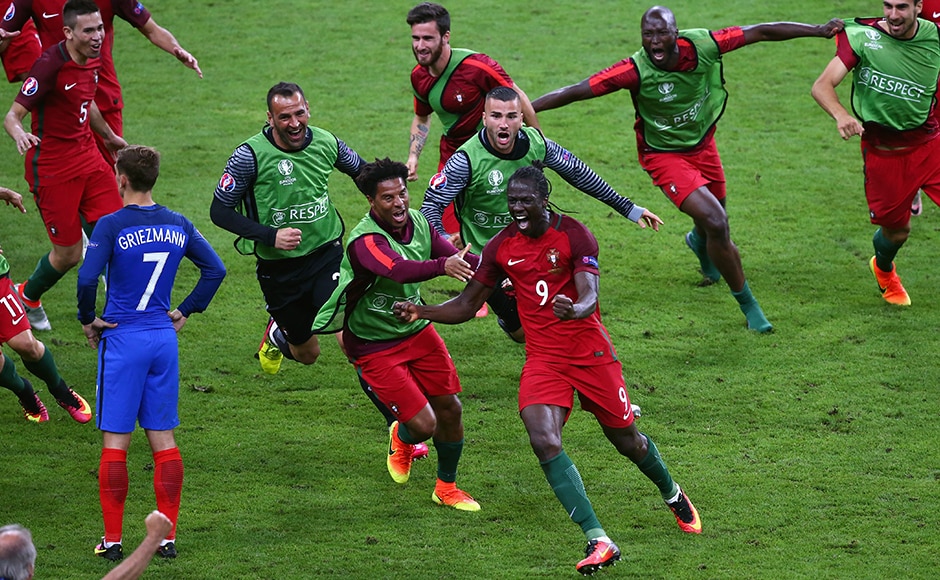 Eder scored the winning goal of the Euro 2016 final that sent the Portugal players wild in celebration. Ecstasy and agony - both in one picture. Getty England once again had a disappointing campaign at a major tournament, bowing out in the Round of 16 after a 2-1 loss to Iceland. Getty 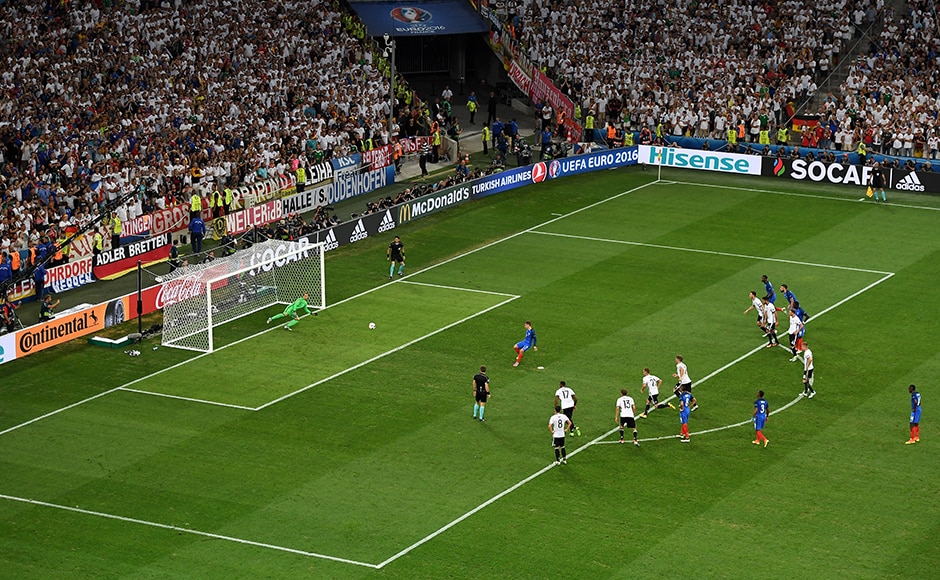 Antoine Griezmann converts the penalty to score the opening goal during the Euro 2016 semi-final match between Germany and France. Getty 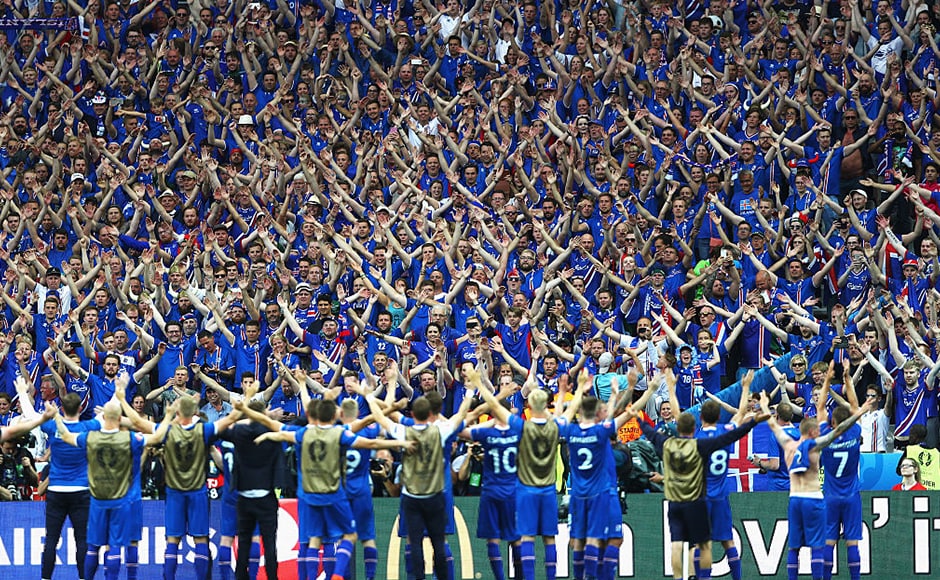 Iceland had a fairytale run till the quarter-finals and their "Viking thunder-clap" celebration with their fans is one of the lasting memories of Euro 2016. Getty Cristiano Ronaldo, Nani and João Mário celebrate a goal during the dramatic, thrilling 3-3 draw between Portugal and Hungary. Reuters 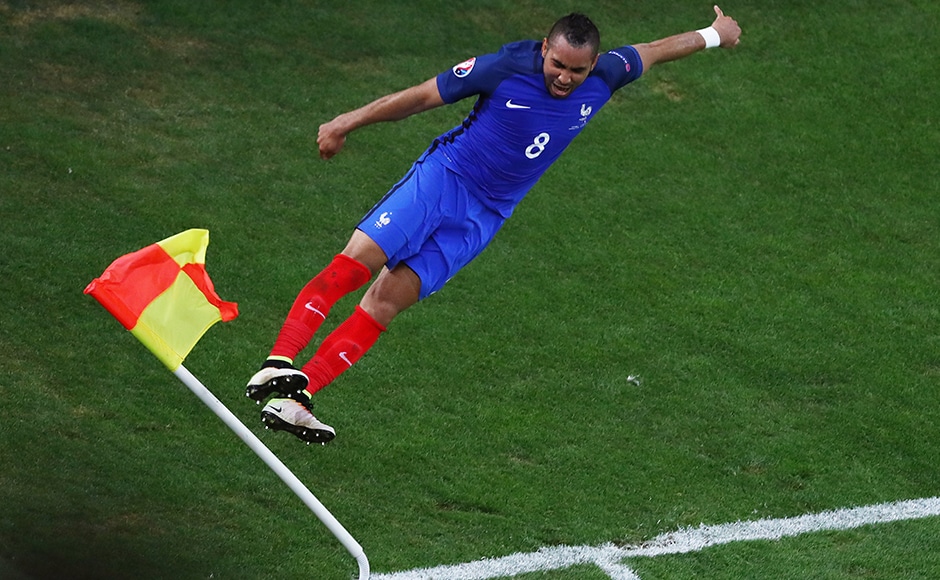 Dimitri Payet celebrates after he scored one of the goals of the tournament during the Group A match between France and Albania. Getty A steward tackles an invading fan during the Euro 2016 quarter-final match between Poland and Portugal. Ricardo Quaresma turned out to be the hero for Portugal as he kept his cool from the spot to send his team into the Euro 2016 semi-finals. Getty People watch on a giant screen the Euro 2016 final between Portugal and France, while Cristiano Ronaldo is evacuated on a stretcher after being injured. AFP 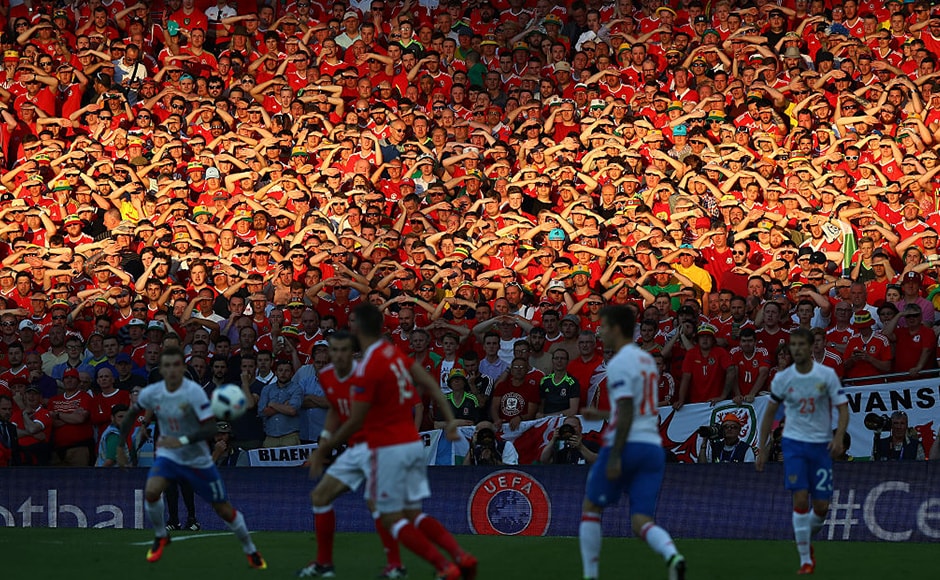 Wales supporters covered France in a sea of red, as they turned up in massive numbers to support the The Dragons. Getty 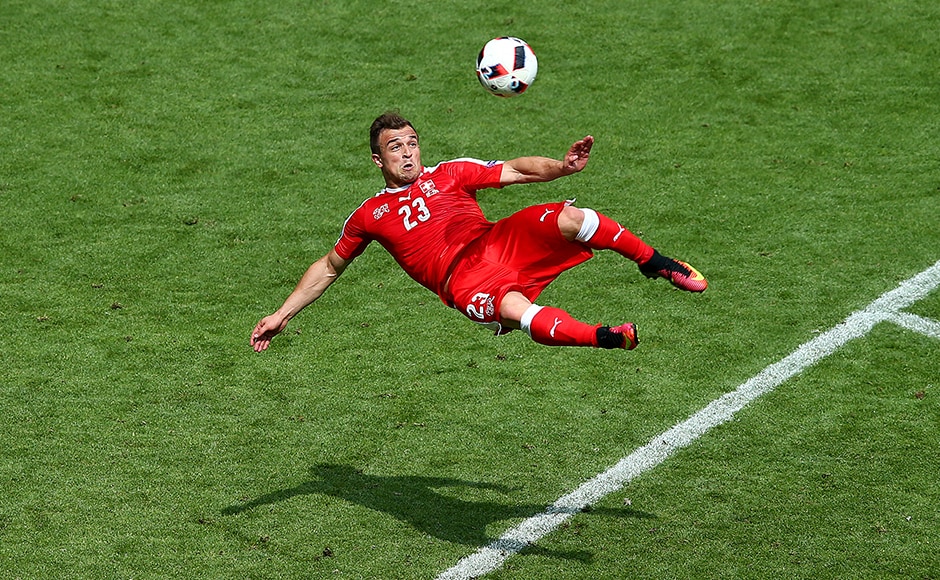 Wes Hoolahan scores his team's first goal past Andreas Isaksson of Sweden during their Group E match. Republic of Ireland were one of the feel-good stories of Euro 2016. Getty 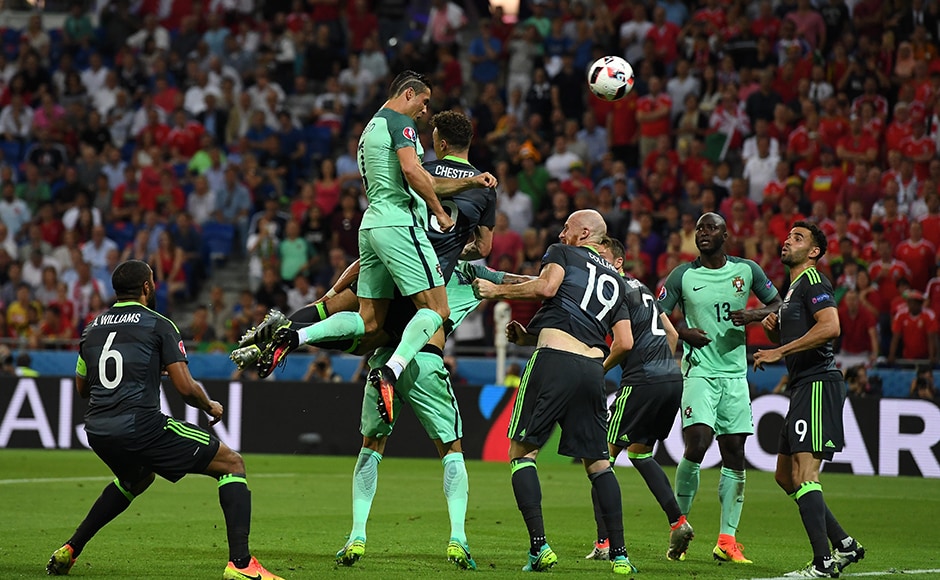 Cristiano Ronaldo leapt into the iar to score a thumping header during the semi-final match between Portugal and Wales. Getty 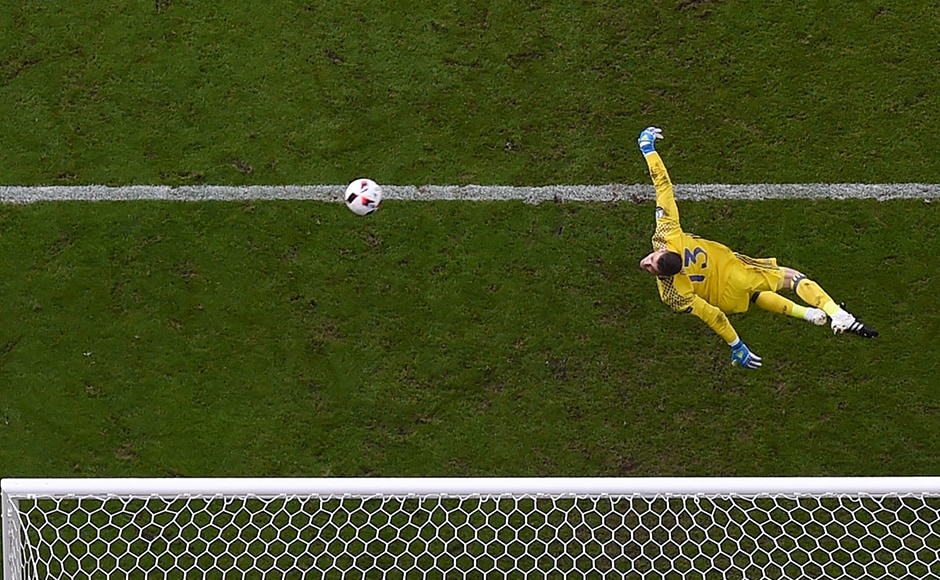 Spain's goalkeeper David De Gea jumps for the ball during the Euro 2016 round of 16 football match against Italy. AFP