That's all from the day today. Rain has suspended play, do join us tomorrow for all the Day 9 action from the French Open.

Matches have been suspended for the day.
4Rs to be continued tomorrow:
Pironkova-Radwanska 2-6 *0-3
Halep-Stosur 5-3*#RG16

It's raining in Paris.

Play has currently been suspended on all courts due to rain. #RG16

Here's what's in store for you tomorrow

Radwanska cruises though her first set against Pironkova

Shall we check in with Aga Radwanska? The No2 seed comfortably cruises to a 6-2 opening set victory. #RG16 pic.twitter.com/BCLgVdHlVA

In his 13th French Open, Richard Gasquet reaches his first quarterfinal in Paris with a 6-4 6-2 4-6 6-2 win over Kei Nishikori.

The Santina run has come to an end in the third round. B. Krejcikova, K. Siniakova beat Sania Mirza and Martina Hingis, 6-3, 6-2 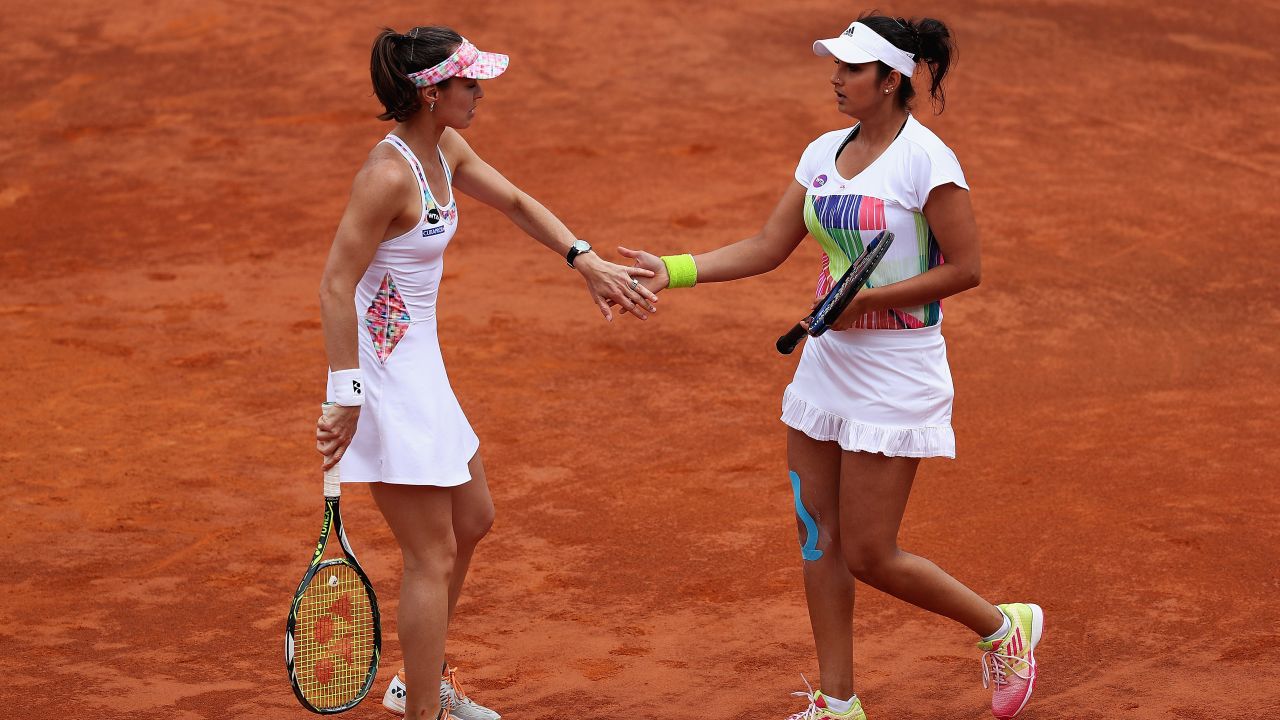 Second seed Murray is bidding to move ahead of Fred Perry, who was a five-time quarter-finalist, for the most Roland Garros last-eights reached by a British man with six.

Isner, the 15th seed, is aiming to become the first American man to reach the last-eight since Andre Agassi in 2003.

Murray has won all of the pair's five meetings but they have never met on clay.

"He generally doesn't play that deep on his returns," said Isner, the last American man in the tournament. "He takes the ball early. Against me, he stands in the court and sort of blocks it back. He has such great hands."

In those meetings, Troicki has taken just one set off the Swiss.

But Troicki has plenty of incentive to see off the champion as he has yet to reach the quarter-finals of a Grand Slam.

Japanese fifth seed Kei Nishikori has a 6-2 record over French ninth seed Richard Gasquet ahead of their last-16 tie.

Two of those wins came during the European claycourt swing this year in Madrid and Rome and both in straight sets.

Nishikori is trying to make the last-eight in Paris for the second successive year while Gasquet, the last French player remaining in either the men's or women's singles, has yet to reach the quarter-finals.

Radwanska has a 9-2 career stranglehold on the 28-year-old who has reached the fourth round in Paris for the first time.

But Pironkova has already knocked out two seeds on her way to the last-16 -- Sara Errani and Sloane Stephens.

Garbine Muguruza, the Spanish fourth seed, is looking to make the quarter-finals for the third year running.

She faces 2009 champion Svetlana Kuznetsova who won the pair's only previous meeting in Madrid on clay in 2015.