Murray-Stepanek into a fifth set!

#2 Andy Murray has forced a decider after claiming the fourth set, 6-3. 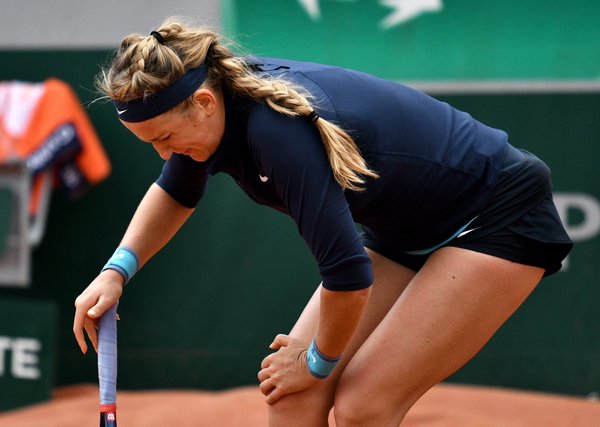 #French Open Serena Williams is out on Court Phillipe-Chatrier, warming up for her 1st round https://t.co/4f8uX7Zf0F pic.twitter.com/faGAoyu9qP

Labouring but battling, Victoria Azarenka saves a match point and wins second set tie-break vs. Karin Knapp as they head into a decider. 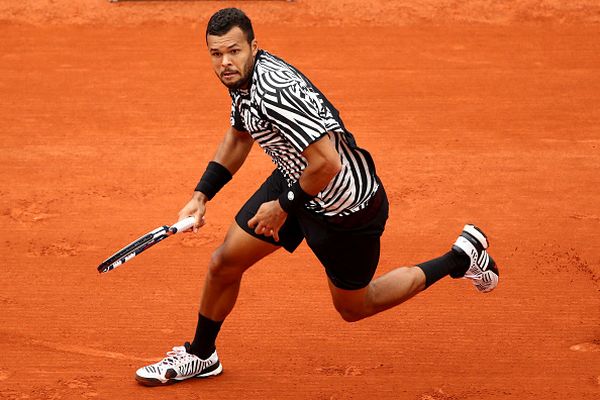 Gutsy stuff from Azarenka as she forces a tie-break. Can she hobble her way to the third set?

Things not going well for the number five seed.

#Azarenka takes a racquet, smashes it, takes another. She's injured, and #Knapp will serve for the win. Again. pic.twitter.com/WcdoFnxVip

Update on Azarenka's injury. She held her service after the medical timeout.

No tape on Azarenka's right knee. Long MTO though, but she resumes the match

#5 Victoria Azarenka, down 3-6, 3-3 to Karin Knapp, stops mid-game and limps to her chair. She is having lots of trouble with the right knee, in tears as she takes a time out.

Another player having beef with the chair umpire! We seem to be having way too many of these moments at the French Open this year.

Almangry wins and takes a lot of time with Carlos to lecture him about something. Their chat is in Spanish, unf. pic.twitter.com/3E5TiUgO6P

Preview: It's Day 3 at Roland Garros and, after two rain-soaked days, the forecast is far more favourable than what it's been so far.

All the big guns will be in action today, starting with Australian Open champion Angelique Kerber. The German may have a tough first round against Kiki Bertens, who last week won a clay title in Nuremberg. Serena Williams starts her campaign for a record-equalling 22nd Grand Slam against Magdalena Rybarikova of Slovakia. Belarusian Victoria Zarenka, who is in the same quarter as Serena, faces Italian Karin Knapp. Spain's Rafael Nadal returns in his first round match of the French Open. AP

On the men's side, world number one Novak Djokovic plays Lu Yen-Hsun on Court Phillipe-Chatrier while Rafael Nadal starts off against Australian Sam Groth on Court Suzanne-Lenglen. Andy Murray, who was left trailing last night after fading light suspended play, will resume in the fourth set against Radek Stepanek. The world number two will resume on Tuesday trailing 3-6, 3-6, 6-0, 4-2 after fighting back against the oldest player in the draw.

Order of play on show courts at the French Open at Roland Garros on Tuesday: