That's it for today from Roland Garros! Hope you enjoyed Day 1 of our French Open 2016 coverage. Make sure you follow along tomorrow as well.

Scores from around Roland Garros:

Rain brought an early finish to play on the first day of the French Open on Sunday with only 10 of the scheduled 32 matches completed.

Almost three hours was lost in the afternoon at a chilly Roland Garros before play resumed.

However, after just 30 minutes of further action, the rain returned and a stoppage for the night was called.

Play cancelled for the day deu to rain! That's all the action from Day 1 at Roland Garros.

The finalist from last year is looking in great form!

Former French Open champion Svetlana Kuznetsova has made a fantastic comeback in the second set after dropping the first. The rain break seems to have done her wonders. The Russian is leading 4-6, 6-1, 1-0 against Yaroslava Shvedova.

On the men's side, 5th seed Kei Nishikori has taken a two-set lead over Italian Simone Bolleli. 6-1, 7-5.

Now this is a sight for sore eyes! Play to resume soon.

This is starting to look better! #RG16 pic.twitter.com/k9lXuXxbz0

Now this is a sight for sore eyes! Play to resume soon.

This is starting to look better! #RG16 pic.twitter.com/k9lXuXxbz0

There's some good news after all! Covers are coming off, courts are being dried and we will finally have some tennis!

Here's hoping that the skies clear up and we get some tennis on these courts! 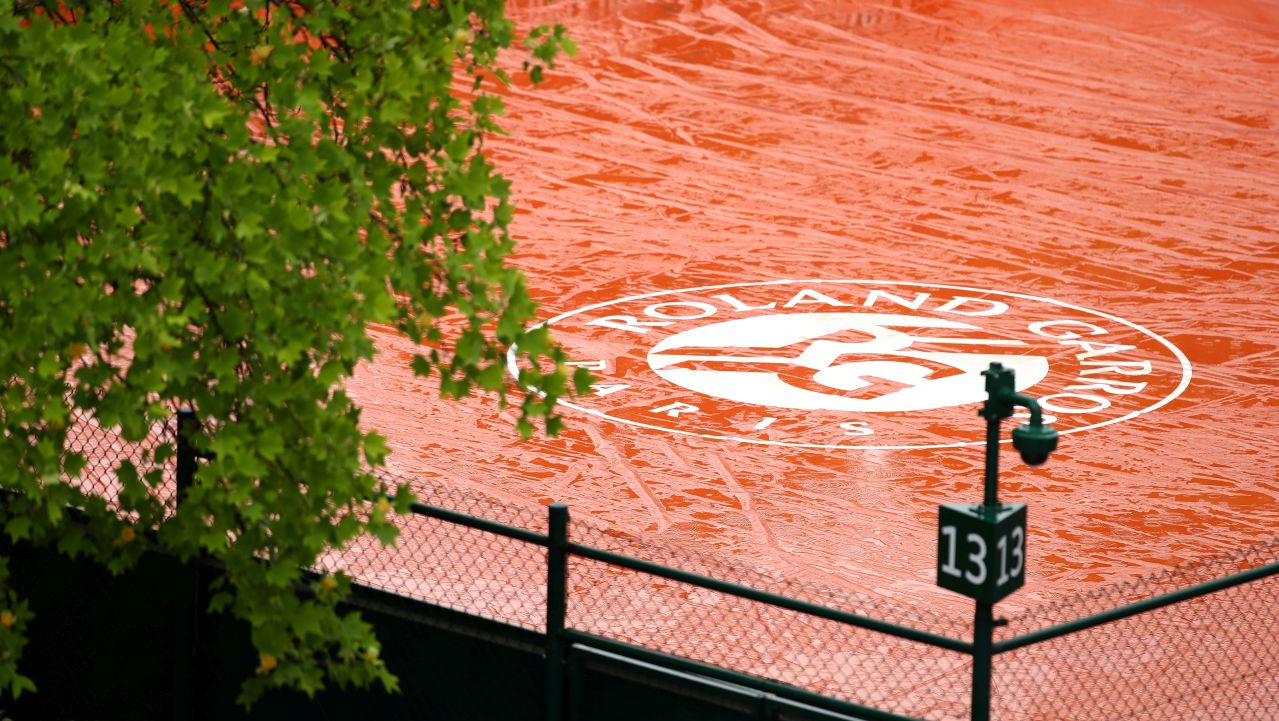 Preview: It's Day 1 of the second grand slam of the season!

Here's a look at some of the most exciting matches on the opening day.

Two-time Wimbledon champion Petra Kvitova from the Czech republic, the 10th seed, gets the tournament under way on the main Chatrier court at 11:00 am (02:20 IST) Sunday against Danka Kovinic of Montenegro. Spaniard Garbine Muguruza, who is the fourth seed in the women's draw, starts against a tough first round opponent, Anna Karolina. Schmiedlova is 21 and ranked at 37 in the world. One of her two career titles came on clay in Bucharest last year. She made the third round in Paris in 2014, defeating Venus Williams in the second round before falling to Muguruza. The Spaniard triumphed again on clay in Madrid in April.

On the men's side, Japan's fifth seed Kei Nishikori, who has yet to get past the quarter-finals, plays Italian veteran Simone Bolelli in the second match.

French Open 2021: With more fans and May weather, Roland Garros is closer to normal

Still not quite its packed, pre-pandemic self, Roland Garros bubbled with tennis, cheers and sun-kissed pleasures again on Sunday as this year's tournament began with some colour back in its cheeks compared to the bland edition held in the autumnal chill last year.