In contrast, Julien Benneteau, who retires after the US Open in September, will take the reins of France's side in the women's equivalent the Fed Cup. 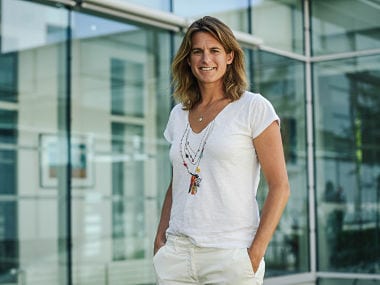 Mauresmo, who turns 39 on 5 July, was captain of the Fed Cup team in 2015 and 2016, and led them from the second division to the final of the competition, which they lost to the Czech Republic in Strasbourg.

At a press conference to unveil the two captains, FFT president Bernard Giudicelli hailed a "completely groundbreaking choice" of putting "a woman in charge of French men's tennis."

Mauresmo also has a solid record as a coach. In addition to the Fed Cup team, she coached one of the men's 'Big Four' Scot Andy Murray for two years (2014-2016), advised Marion Bartoli on the way to a triumph at Wimbledon in 2013 and before that worked with Michael Llodra, one of her rivals for the Davis Cup job.

Mauresmo's charisma and experience were pluses. So too were her connections. She is close to outgoing captain Noah and also to her former coach Loic Courteau, now part of the FFT staff, and Xavier Moreau, the physical trainer of the Davis Cup team.