Zurich: The doping ban that will prevent Peru captain Paolo Guerrero of his long-awaited chance to play at the World Cup is unfair and defies common sense, the world players' union FIFPro said on Tuesday.

Guerrero had just completed a six-month ban after testing positive for cocaine — contained in a tea — when the Court of Arbitration for Sport (CAS) increased it to 14 months on Monday. 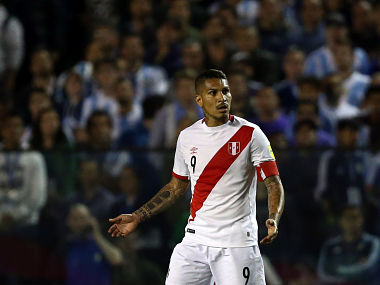 The extended ban, imposed after an appeal to CAS by the World Anti-Doping Agency (WADA), means the 34-year-old will miss next month's World Cup where Peru have qualified for the first time in 36 years.

FIFPro said in a statement that it wanted an urgent meeting with global soccer body FIFA to review the anti-doping rules in the sport.

"FIFPro considers the ban unfair and disproportionate, and the latest example of a World Anti Doping code that too often leads to inappropriate sanctions, especially when it has been established that there was no intent to cheat," it said.

The Dutch-based union pointed out the CAS itself had accepted that Peru's all-time leading scorer did not intend to enhance performance and had not knowingly ingested the substance.

"It, therefore, defies common sense that he should be handed a punishment which is so damaging to his career," FIFPro said.

The WADA code had been imposed on the sport "without proper consultation of footballers," it added.

FIFPro said it wanted FIFA to review "how to change anti-doping rules in football so that they serve the best interests of the game and protect the fundamental rights of players."

Guerrero was subjected to an emotional roller-coaster after testing positive following the 0-0 draw in a qualifier away to Argentina in October.

He was provisionally banned by FIFA in November, ruling out of the qualifying playoff against New Zealand which Peru won 2-0 on aggregate.

In December, FIFA handed him a 12-month ban, ruling him out of the World Cup, but that was cut to six months on appeal a few days later, freeing him to play in the tournament.

Having completed the suspension and played two matches for his club Flamengo, Guerrero was handed the extended ban by CAS on Monday.