New Delhi: With the first two phases of ticket sales of FIFA U-17 World Cup matches witnessing an impressive response, the Local Organising Committee this Friday launched phase 3 on their website.

During this phase, which will last until 5 October, fans will have the opportunity to buy individual tickets to watch the action with a 25 per cent discount. 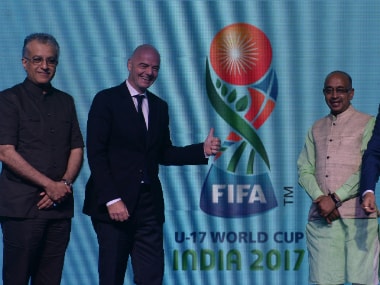 In Kolkata, Kochi and Guwahati all available tickets were sold in the first two phases.

New Delhi, the venue for the host country's matches, has attracted great interest from the fans, with ticket sales exceeding the 1,00,000 mark on 14 July.

Speaking about the phase 3 launch, FIFA Deputy Secretary General Zvonimir Boban said: "The outcome of the first two sales phases confirmed the unique football passion of India's fans. We are very confident that the upcoming sales phase will continue the trend as the sense of anticipation grows in every host city.

"This year's FIFA U-17 World Cup will be an absolute milestone in the competition's history."

A total of 52 matches will be played between 6 October and 28 October. The 24 qualified teams will begin the tournament in six groups of four, with the top two teams from each group making it through to the knockout stage.