FIFA U-17 World Cup 2017: Mali coach Jonas Komla says the team decided to treat each game as the final

Navi Mumbai: Mali coach Jonas Komla on Monday said the African U-17 champions decided to treat each game as the final to keep the players on their toes, after losing their FIFA U-17 World Cup Group B opener against Paraguay.

Mali on Monday bounced back with a 3-0 victory over Turkey in their second Group B game at the DY Patil Stadium in Navi Mumbai.

"At this level no game is easy, all are tough ones. After the loss (to Paraguay) we decided to treat each game as the final," said Komla after his team emerged convincing winners over Turkey. 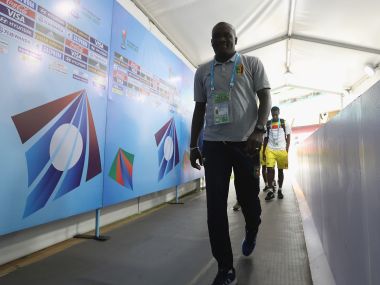 Jonas Komla, head Coach of Mali arrives ahead of the FIFA U-17 World Cup India 2017 Group B match between Turkey and Mali. Getty

Mali, who finished runners-up to fellow-Africans Nigeria in the 2015 edition of the championship, scored once in the first half after missing a spate of chances and then pumped in two more in the second half of the game.

The African team kept alive their hopes of qualifying for the next round with this victory and with three points in their kitty.

Refusing to elaborate on how the team had prepared for the do-or-die game, Komla said that his boys worked on both offensive and defensive departments.

"We had worked on both offense and defense as well as our mental aspect as it was important for our players to take on any opposition with confidence," said Komla.

"Our plans did succeed to some extent but we are not the finished product as yet. We have some more work to do."

The team will miss Abdoyulaye Diaby in their third and final group game against New Zealand on October 12, after his second booking on Monday, but Komla said the team does not depend on any individual player.

"Ours is a team effort and the collective strength of the team is going to be intact. There are others to step into the breach," he said.

Meanwhile, Turkey coach Mehmet Hacioglu felt the physical difference between the two sides mattered and led to his side losing by a big margin.

"Before the tournament my biggest worry was the physical differences. The fact is very clear, we have not enough physical and fitness capabilities and it affected the result. Our biggest strength is technique but due to lack of physical capabilities we also lose our technical strengths," he said.

Hacioglu also conceded that with Monday's loss and the drawn tie against New Zealand earlier, their chances of qualifying for the Round of 16 looked bleak.

"We have the possibility to qualify for the next round by being one of the best third ranked teams. But when we look at these physical strengths during the play, I can say that our task will be very difficult," he said.