Click here for highlights of the match between France and Japan

Click here for highlights of the match between England and Mexico 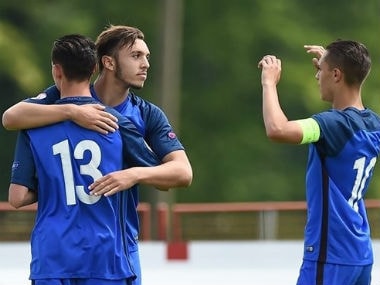 Both sides will be high on confidence with an aim to come out all guns blazing.

It will be difficult to predict the result of the match but whoever wins will have a smooth passage to the round of 16 with a match left to be played in the group.

Bothe France and Japan were the favourites to make it to the knock-out rounds from the group and the loser from Wednesday's match will still be in contention.

There is not much of a gap between France and Japan. The 'Les Bleus' juniors have come here in India not as automatic four qualifiers in the European Championships but after a play-off between two best losing quarter-finalists.

They had beaten Hungary 1-0 in the fifth place play-off match.

France cannot be described as FIFA U-17 World Cup favourites though they won the title in 2001 in Trinidad and Tobago. They have featured in five of the 16 editions of the tournament before this one and have never gone beyond the quarter-finals.

In 2015 in Chile, they were knocked out by Costa Rica on penalties in the Round of 16.

France simply toyed with New Caledonia in their first match, almost scoring at will in the first session though they relaxed a bit in the second half.

With Gouiri in fine form the Japanese defenders will be a busy lot and will be tested to the limit for the first time in the tournament.

Similarly, the French defenders will have a measure of their strength when they faced the likes of Nakamura and 'Japanese Messi' Takefusa Kubo who scored once against Honduras.

Japan, on the other hand, are one of the technically best sides in Asia and will be a handful for France. They have the speed, technique and more experience than France at this stage. They are featuring in their eighth FIFA U-17 World Cup, having reached the quarter-finals on two occasions.

After missing qualification for the 2015 FIFA U-17 World Cup in Chile, Japan impressed at the 2016 AFC U-16 Championship, earning a ticket to India 2017 in style.

They topped their group in remarkable fashion with thumping wins overs Australia, Vietnam and Kyrgyzstan. A tough 1-0 win over United Arab Emirates in the quarter-final secured passage to the world stage but Japan lost to eventual champions Iraq in the semi-finals.