NEW YORK: For FIFA's top sponsors, the resignation of Sepp Blatter is just the first step in restoring the reputation of football's governing body and regaining the fans' trust following a corruption scandal.

Blatter resigned as FIFA president Tuesday, amid pressure from colleagues, sponsors, athletes and fans. The resignation came just days after he was re-elected to a fifth term. 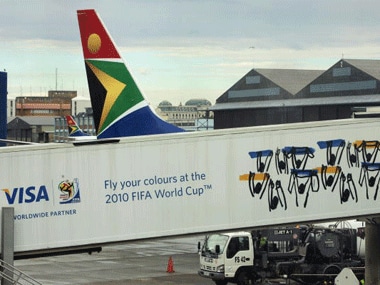 Sponsors call for the clean-up process to start at FIFA. Getty Images.

The football world was shaken last week after the U.S. issued indictments against 14 current or former football officials last week alleging corruption and fraud and the Swiss announced a criminal investigation into the votes awarding the World Cup tournaments to Russia in 2018 and to Qatar in 2022. Sponsors, including Coca-Cola and Visa, said they were examining their relationship with FIFA.

Those sponsors, who pour millions into supporting the World Cup and other FIFA tournaments, expressed relief Tuesday that the organization was taking positive action. Adidas, which has provided the official match ball for every World Cup since 1970, said in a statement that "today's news marks a step in the right direction on FIFA's path to establish and follow transparent compliance standards in everything they do."

Other sponsors echoed the sentiment.

"The allegations of corruption and questionable ethics within FIFA have overshadowed the game and taken away from the sport, players and fans," McDonald's said. "We're hopeful that the changes being implemented within FIFA will be a big first step in positively reforming the organization."

Coca-Cola said Blatter's announcement is a "positive step for the good of sport, football and its fans."

Electronic Arts, which makes FIFA video games, said it is "supportive of FIFA's examination of its organization and the important steps being taken toward reform."

Blatter, who is not implicated in any of the charges, said he would step down in an acknowledgement that major change was needed at the top of FIFA.

FIFA couldn't ignore the criticism, as the sponsors provide almost a third of its revenues. Recent figures showed the organization generated $5.7 billion in 2011-2014, which encompassed the Brazil World Cup, with sponsors and commercial partners contributing almost $1.6 billion.

Visa reiterated Tuesday that it expects FIFA to take steps to "rebuild a culture with strong ethical practices." The company had threatened to jump ship last week.

The sponsors "make up such a large part of FIFA's revenues, and I am sure the last thing they wanted was the negative publicity of a drawn-out public fight between Sepp and the authorities," he said.