Geneva: FIFA rulings are being challenged at the Court of Arbitration for Sport by disgraced Brazilian football official Ricardo Teixeira and the English Football Association. 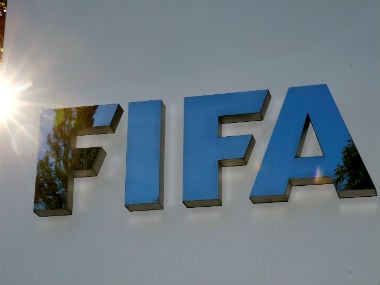 The court’s updated list of pending hearings includes a date of 3 June for Teixeira to appeal against his life ban imposed by the FIFA ethics committee in November for taking bribes.

The English appeal on 26 June is against a 350,000 Swiss franc ($362,000) fine imposed as part of FIFA’s case against Chelsea for breaking rules to sign youth players and register them with the national football body. Chelsea served a transfer ban last year and won an appeal at CAS to be cleared to trade again in January.

CAS has stopped in-person hearings at its Lausanne, Switzerland, base but is proceeding with cases conducted by video link or submission of documents.

Teixeira was eventually banned by FIFA four months ago, which was four years after he was indicted by federal prosecutors in the United States in their sprawling investigation of corruption in international football.

The long-time former FIFA executive committee member was found guilty by the football body's ethics judges of taking millions of dollars in bribes linked to commercial contracts for South American competitions from 2006-12. He was fined 1 million Swiss francs ($1.03 million).

The FIFA case was based on documents published in the U.S. investigation.

Teixeira’s lawyers said he denied FIFA’s charges, which they claimed were based on “assumptions made by U.S. attorneys” without evidence.

Now 72, Teixeira resigned from the FIFA executive committee in 2012 to avoid being formally implicated in a World Cup kickback scandal. That case also involved the late Joao Havelange, the FIFA president from 1974-98 and formerly Teixeira’s father-in-law.

In the English case, FIFA judicial bodies ruled the FA breached transfer and registration rules in dozens of cases of youths who played for Chelsea teams.