Watford paid the price for fielding a severely under-strength lineup for the replay at Prenton Park, which came just two days after Nigel Pearson's relegation-threatened team played a game in the league. 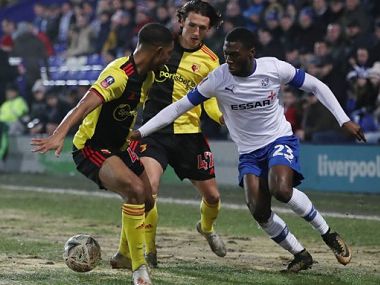 Substitute Paul Mullin, who scored the equalizer in the first game that saw Tranmere rally from three goals down to draw 3-3, grabbed the winner in the replay in the 104th minute.

Man United also needed a replay to advance and will head to Tranmere on Sunday on the back of two straight losses in the Premier League, the most recent being 2-0 at home to Burnley on Wednesday that saw fans remonstrate against the club's American ownership.