Euro 2016: Has the expanded format resulted in more ordinary and undistinguished matches?

Nice, France: When UEFA decided eight years ago to expand the European Championship from 16 to 24 teams, its then president Michel Platini promised the standard of the tournament would not drop.

"I'm sure that it will not change the technical level," the Frenchman said. "In addition to the 16 qualifiers, there are eight other teams just as good."

Two-thirds of the way through the group stage, European soccer's governing body may feel they have grounds to claim that, on the face of it, Platini was right. 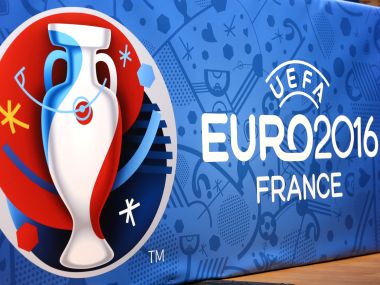 At, Euro 2016, Iceland have held Portugal and Hungary, Albania took France to within minutes of a 0-0 draw, Northern Ireland beat Ukraine and nobody has made fools of themselves. As the old cliche goes, there are no weak teams in football anymore.

But Platini’s argument somewhat misses the point, and could be used to justify an even bigger tournament.

UEFA has 55 members with France, Spain and Germany widely regarded as a cut above the rest, followed by three or four others such as Italy, England and Belgium. Below them are about 30 teams all of a fairly similar standard.

Teams such as Denmark, Netherlands and Greece -- all former winners -- Serbia, Slovenia, Bosnia, Israel, Cyprus, Belarus, Scotland, Finland, Montenegro and Norway failed to make France but would also no doubt have been able to hold their own if they had qualified.

With so many teams of a similar standard, the question is where to draw the line and many critics still feel 16 was the ideal place.

The development of the sport and training methods means that almost any country with a well-structured federation can put on a respectable showing at international level.

Albania have made progress by scouting Europe for players with roots in the country and signing them up while Iceland have improved thanks to an ambitious development programme which has involved investment in coaches and building indoor pitches to face the harsh winter.

UEFA's problem is that when middle-ranking teams face top sides, they tend to pack their defence and use spoiling tactics.

"There are teams playing ultra-defensively. But they do that well. The smaller nations like Albania or Wales are defensively very well schooled. They see their chance in that," said Germany coach Joachim Loew.

Portugal manager Fernando Santos said Iceland's players spent the whole of their match provoking Cristiano Ronaldo and Pepe, and that the team's bench joined in.

“It was unsportsmanlike behaviour,” he said, adding that after Iceland scored their goal they “put their 10 players in the last third of the field."

On the other hand, when middle-ranking teams face each other, the approach can resemble a decent English Championship match.

A bigger tournament has meant increasing the number of ordinary, undistinguished matches to the point where they almost seem to merge into each other.

Sweden contrived to go through their first two matches without mustering a shot on target, their only score being provided by Ireland defender Ciaran Clark's own goal.

Poland also failed to force Germany goalkeeper Manuel Neuer to make a save in their goalless draw, Hungary dominated possession against Iceland but barely managed a shot and even France had to wait until the 90th minute against Albania before mustering an on-target effort, which happened to be a goal.

UEFA's competitions director Martin Kallen said his organisation was happy with the early matches, however.

"There's more excitement, new access to fans for these countries so football gets more popular there, which is what we were hoping for,” he said.

"It's the pinnacle of football every four years and if these sort of teams qualify as well, it will have an influence on the children to play football."

But another disadvantage is that, with the 24-team format, the top two teams in each of the six groups go through plus the four best third-placed sides.

Not only does this mean teams can quite possibly qualify by drawing three games, it also makes the last group games an exercise in mathematics as much as football.

"The 16 teams was ideal. It made for great matches from day one,” said Loew.

"Teams with one point from two matches still have a chance for the round of 16. That is not very fair but it is what it is. So we just have to accept it and use the time we have to prepare for any opponent."