Newcastle United have become the first Premier League club to place members of their non-playing staff on temporary leave in response to the coronavirus crisis, the BBC has reported.

The report said Newcastle’s managing director Lee Charnley informed the staff in an email on Monday, saying the decision was taken to safeguard the club’s future. 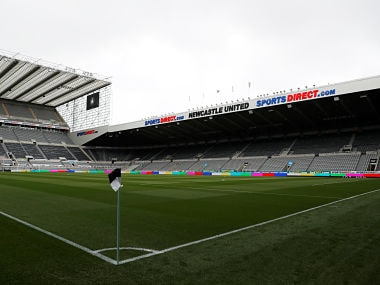 Newcastle have joined second division clubs such as Birmingham City and Millwall in placing the majority of their workforce, with the exception of players and first-team coaching staff, on furlough.

British finance minister Rishi Sunak announced earlier this month that furloughed workers can claim 80% of their wages up to 2,500 pounds ($3,081) per month as part of the Coronavirus Job Retention Scheme.

Newcastle owner Mike Ashley, who owns a controlling stake in the club, has not always been popular with fans, thousands of whom skipped matches this season to protest his ownership.

Ashley was criticised this month after a number of supporters were charged for their next season ticket, despite the ongoing suspension of the Premier League.

Ashley, who also holds a controlling stake in sports retailer Frasers Group, issued an apology last week for lobbying the government to keep his sports stores open after being told to close them as part of the coronavirus lockdown.