Bengaluru: The BCCI may have taken a step in the right direction by bringing about a 'No Conflict of Interest' memorandum for the members of its affiliated units but there are senior officials who are yet to forego their IPL deals with notable among them being Karnataka State Cricket Association (KSCA) secretary Brijesh Patel. 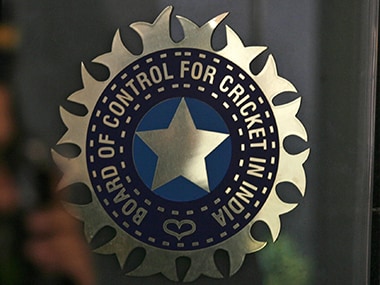 While former India leg-spinner Narendra Hirwani recently quit from selector's post in Madhya Pradesh Senior Selection Committee as his son Mihir is now playing first-class cricket for the state but Patel is not going that way.

The former India Test player is still the 'Head of Cricket Operations' of IPL franchise Royal Challengers Bangalore apart from being the secretary of the KSCA.

Patel, over the years, has been actively involved with the running of the IPL franchise right from the auction process. A look at the RCB website still shows Patel as the 'Head of Cricket Operations'.

Asked whether he will resign from the post of 'Head of Cricket Operations' of RCB, Patel told PTI: "Where is the Conflict of Interest? No. I will be staying."

Asked about his views on the whole issue of 'Conflict of Interest', he said, "I would not wish to make any comment on the issue."

Patel also said that he has "spoken to BCCI president Shashank Manohar" but did not divulge as to what transpired between the two of them.

A senior BCCI official in the know of things said that hile Patel's is a clear case of 'Conflict of Interest' but sources close to former Karnataka batsman feels that his KSCA post is an honorary one.

"Brijesh feels that since KSCA secretary's post is an honorary one where he is not getting any money, it should not clash with his role in RCB," a senior BCCI official said.

According to the Clause 1 (A) sub-clause (B) of the 'No Conflict of Interest' guidelines released by the BCCI: "An administrator or his near relative shall not be on the payroll of an IPL Franchise."

Recently, another Karnataka stalwart Roger Binny was removed from senior national selector's post before completing his full term as his son Stuart is playing international cricket and it was seen as a possible case of 'Conflict of Interest'.