Kolkata: Star shuttler PV Sindhu has been named the flag-bearer of the Indian contingent for the opening ceremony of the Commonwealth Games in Gold Coast next month.

According to sources in the Indian Olympic Association, 2016 Olympic silver medallist Sindhu's rising stature in recent years clinched the issue in her favour for the coveted position. The opening ceremony will be held on 4 April. 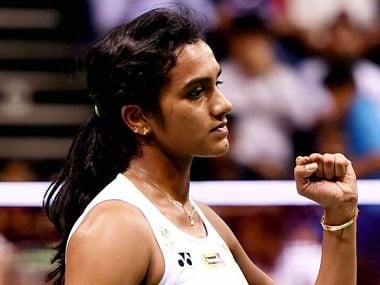 File image of PV Sindhu, who has been selected as the flag-bearer for the Indian contingent at CWG. PTI

Having won a silver medal at the Rio Olympics two years ago, the Hyderabad-based World No 3 Sindhu is one of the favourites to win the badminton women's singles title in Gold Coast.

While pistol shooter Vijay Kumar was the flag-bearer in 2014, 2008 Olympic champion shooter Abhinav Bindra had the honour when India hosted the Games in 2010.