Commonwealth Games 2018: Jaspal Rana calls for boycott of event in protest of shooting's snub from 2022 edition

Despite concerns raised by shooters worldwide and national federations, the Commonwealth Games Federation (CGF) has made it clear that shooting is only an "optional sport", which will not feature in the 2022 Commonwealth Games in Birmingham.

"The government has to fight for that, not us. Because if they keep moving the events in which we are good at, that is not good for the country. Boycott the competition, don't shoot in the Commonwealth Games, China did not shoot in four Olympics and when they came back they made a clean sweep," Rana, one of the finest exponents of pistol shooting in the country, said. 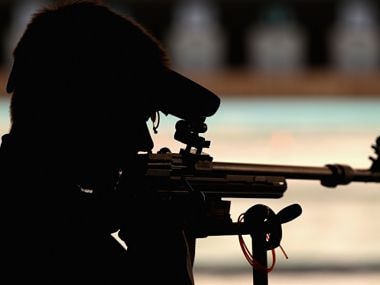 He added, "The government now is doing a lot for the athletes in terms of funding and exposure. It's a very positive development and the sportspersons have benefitted."

In a letter to the 2022 Games organisers last month, CGF CEO David Grevemberg said, "Shooting will not feature at the 2022 CWG and the CGF has awarded the Games supporting these plans."

Grevemberg though made it clear that the sport was not being scrapped, insisting that it remained in the optional category, which a host city can pick in a particular CWG.

India is second in the CWG's all-time medal list for shooting, having won 118 medals so far — 56 of them gold — and axing the sport from the Games is a blow for the country.

Impressed with the young shooters' progress in recent times, multiple Asian Games medallist Rana said they will be competing with themselves in the upcoming Commonwealth Games in Gold Coast.

"Commonwealth Games is important but the competition is less there, we are competing with our own shooters there." he said.

Asked further about the young shooters, he said, "They will fall and they will bounce back, they are just 14-15 years so it's like up and down. Discipline is key for junior shooters to rise."