Karargui, who is in Egypt, sent his resignation letter to Sports Authority of India (SAI) via email. 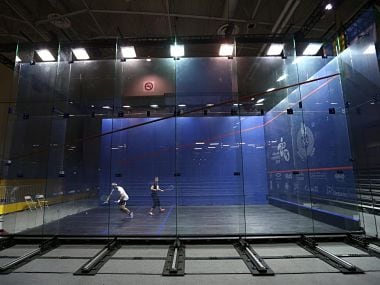 "Yes, we have received his resignation, which means he will not be travelling with the team to the Commonwealth Games. There is not much we can do about it," a SAI official told PTI. The Alexandria-based coach joined the Indian team in July 2016 and last year, his contract was extended till July 2019.

Earlier this month, he made it clear that he won't be able to work anymore with a "high-handed" and "unprofessional" national federation like the SRFI. The suspense was only about his return for the Commonwealth Games from 4-15 April, until he thought "he had enough".

"The SRFI treated me unprofessionally and questioned my decision making more often than not. You can't expect anyone to operate as usual in such a scenario. I want to be there for the players at CWG but it is best for them to go ahead without me as there is too much distraction," an emotional Karargui had told PTI from Alexandria earlier this week.

During his tenure, Joshna Chinappa won a historic Asian Championship title and three Indians swept the U-19 category at the prestigious British Junior Open.