Indian boxers have experienced a change of fortunes for the better in recent times, an example of which was their collective success in the Strandja Memorial Tournament, and now appear a confident bunch ahead of the Commonwealth Games.

However, if Indian boxing's High Performance Director and men's coach Santiago Nieva, who was appointed the men's coach by the Boxing Federation of India (BFI) last year, is to be believed, then this is just the beginning of India's rise in the world of boxing.

When asked if India is a boxing powerhouse in the making, he replied with a confident: "Absolutely!"

"The support we are getting from government, from boxing federation, very few countries can match that kind of support, and I think we are only seeing the beginning of this. I think in a couple of years, people will see a lot of India in boxing," Nieva told Firstpost on the sidelines of a BFI-organised event in New Delhi on Saturday. 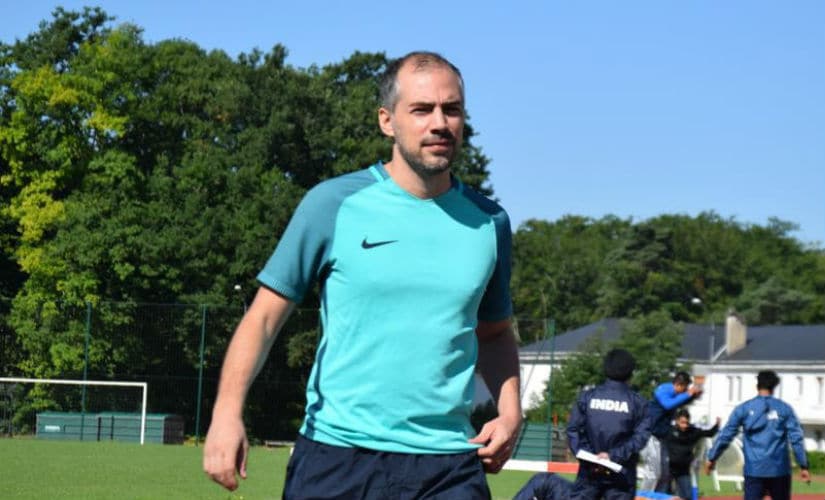 One of the key factors behind Indian boxing's rise happens to be the recognition of the BFI as a national body by the Indian Olympic Association (IOA) in November last year, as well as the number of events that have been organised in recent months — including and especially the India Open — that have given a wider base of boxers the exposure that they need to make it big.

"India is a recognised world power in boxing in a very short period of time, and we need to put our best foot forward to get as many medals as we can," said BFI president Ajay Singh at the event.

The Indian boxing federation gave its 12-member boxing team a sendoff in an event in the Jawaharlal Nehru Stadium in New Delhi, which was attended by Director General of Sports Authority of India (SAI) Neelam Kapoor aside from a host of other dignitaries. Senior pugilists L Sarita Devi and Vikas Krishan, who are key medal prospects aside from star boxer MC Mary Kom, exuded confidence ahead of the squad's departure for Australia.

Nieva said that the team leaving for CWG 2018 is one that is far better prepared than the one that left for the AIBA World Boxing Championships 2017, which happened to be the first major assignment as coach for the Argentine-born Swedish national.

"Now we have further improved on many things. Our boxers are coming better prepared for this competition than for the world championships.

"We had plenty of international competitions. I would say that is the No 1 thing. We had our own India Open tournament. We have been able to bring international experts in strengthening and conditioning, helping us with training and planning for the games," said Nieva, who refused to single out a favourite from the 12-member Indian boxing team for CWG 2018..

"So now things are more set than in the beginning. Training is not a quick fix. But now we have got more time to put everything together," said the AIBA three-star coach, who was elevated to the High Performance Director of both the men's and women's boxing teams in September last year.

There are times when foreign coaches find it tough when it comes to assignments in India, whether it be cultural difference or simply acclimatising oneself (just ask Greg Chappell about his stint with the Indian cricket team). Nieva, however, described his stint in India so far as one that has "exceeded expectations".

"The challenge is to get through the message. My training and boxing philosophy is of course different because I have had other experiences in other countries, and to come to India, it has gone beyond expectations. It was so much faster than I thought to implement some changes.

"Still there is much more we can improve of course, and I have to find a way to make my philosophy come through on a broad base. That is always a coach’s challenge. But, like I said, with time, we have already achieved a lot of things," added Nieva, who will be staying with the Indian boxers in Gold Coast throughout the duration of the event that takes place between 4-15 April.