"I am quite sure and positive that we will match the 2010 Commonwealth Games tally."

Ahead of the 2018 Commonwealth Games, all the talk was centred around whether Indian paddlers can match the 2010 Delhi Games tally of five medals. Sharath Kamal, who was leading the contingent, was positive that India could.

By the time the Gold Coast Games finished, the Indian paddlers, with their eight medals, had surpassed the Delhi Games tally by a comfortable margin. They had won at least one medal in each of the seven categories. 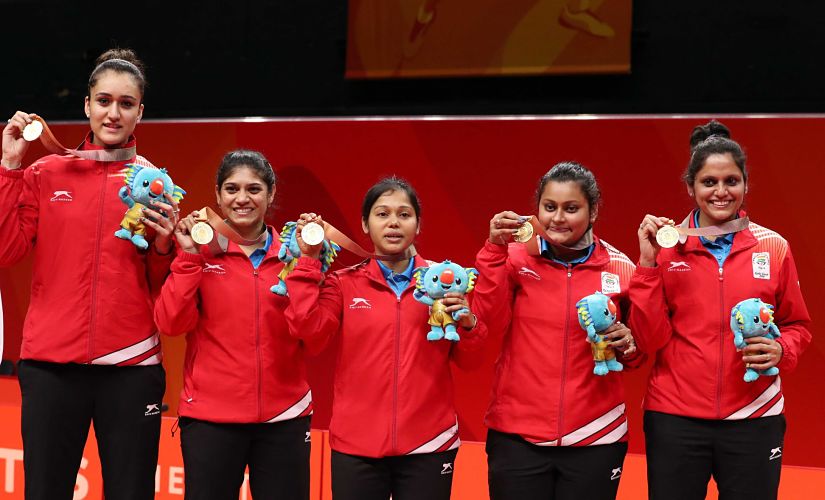 The paddlers' performance in Gold Coast gave a good account of the giant strides Indians have taken in the world of table tennis. The success, however, hasn't come overnight. Things got derailed in Glasgow due to a host of reasons which included lack of funding due to scandals and scams, unclear vision and lack of continuity in coaching.

However, things were back on track in the last couple of years. Post the Olympics debacle, the Table Tennis Federation of India reappointed Massimo Costantini, who helped India bag five medals in 2010 Delhi Games, as the head coach. The strategic planning had begun since then.

"It was meticulous planning," Sathiyan explains the reason behind India's stellar performance. "The previous Games did not go well so we planned it even better. We worked very hard. It was not only the games but we were looking to get better as players, go train abroad. Everyone had their individual goals also for the games and it worked very well as a team."

The planning involved participation in many Pro Tours, training camps and this wouldn't have been possible without the support of Sports Authority of India.

"SAI is pumping in more money into table tennis which is planned and administrated very well by the Table Tennis Federation of India," Sharath told Firstpost. "And apart from that a lot of players have support from their cities and regional sporting bodies. So basically it (success) is because we have had the money to invest in the sport.

Over the last year or so, the Pro Tour and international participation have become quite high. Competing against top players has improved the players' skills. One of the chief architects of this planning and its success has been Costantini.

After rejoining, Costantini's primary task was to instil belief into the system and the next step was to dream big.

"I believe the reason (for the impressive performances) is thinking big, thinking something unthinkable, a result that no one could have imagined at the eve of the competition," Constantini told Firstpost. "This was my motivation and the work done in these 18 months was targeted only for that. That's why I have requested more financial support, more international exposures, more training camps with up to 50 players, more coaches and so on. To think big you have to act big."

The Italian focused on team spirit, bonding and communication in the 16-day Portugal camp preceding the Games, in February. He also performed the dual role of the pressure-soaking wall that shut the players from the outside world.

"Massimo sir is like our umbrella, he protects us from any negative effects," India player Mouma Das told Firstpost. "He knows how and where to put the players and in any situation, no external power or any negative control can force him to change his decisions because he is extremely tough to break."

The players spent a lot of time with each other before the games and developed a good rapport on and off the court.

"The difference (from the last time) was that in 2014, we were all training at different places. So we never had that strong bonding. But we learnt the lesson this time," says Sanil Shetty. The Portugal camp also allowed Costantini to experiment with different doubles and mixed doubles pair which was crucial with regards to the strategic planning required for the team event. India won a medal for the first time in mixed doubles with the Sathiyan-Manika pair clinching bronze in an all-India affair. The Manika-Mouma pair won women's doubles silver, Sharath-Sathiyan won men's doubles silver while Harmeet Desai-Sanil Shetty won men's doubles bronze.

"We practised a lot of doubles and mixed doubles in the training camp," Sharath explains. "Without practice, doubles is very difficult to play. You need to have coordination, you need to understand your partner. You need to know what they would do when its close and during pressure situations. We got to know each other pretty well in the camp and that helped."

Post the Portugal camp, the players spent three weeks together in Qatar, Poland and Germany during Pro Tours and the contingent reached Gold Coast six days before to get acclimatised to the conditions. A positive start was the key, something which was missing in the last edition, and it was provided by the Indian women's team as they clinched a historic gold against Singapore. That set the tone for the campaign.

"Once the girls won the gold medal, a lot of things changed. That was the turning point in our campaign," Sharath recalled. "There was a little bit of pressure but more of a motivation. From there, everything became positive. Because last time(2014), both the (men's and women's) teams finished fourth and then everything became negative. We didn't get a medal so people started expecting that 'medal aana chahiye.' So it added more pressure. Here (in Gold Coast) also it added more pressure but in a positive way because the expectations became high. 'Oh! two gold medals, so we are expecting some more golds now,' so I said they should go to the jewellery shop and buy them," quipped the veteran in his typical style.

It wasn't an easy start to the campaign. The loss of Soumyajit Ghosh, who is provisionally suspended by the TTFI following rape charges against him, at the last moment was a huge one. He was a crucial part of the doubles and mixed doubles plans. His absence didn't just impact the team dynamics but the players too, but the team hit the reset button soon. Harmeet had a new doubles partner in Sanil. The two, who are also good friends off the court, formed a cohesive bond in short time and went on to win the bronze. 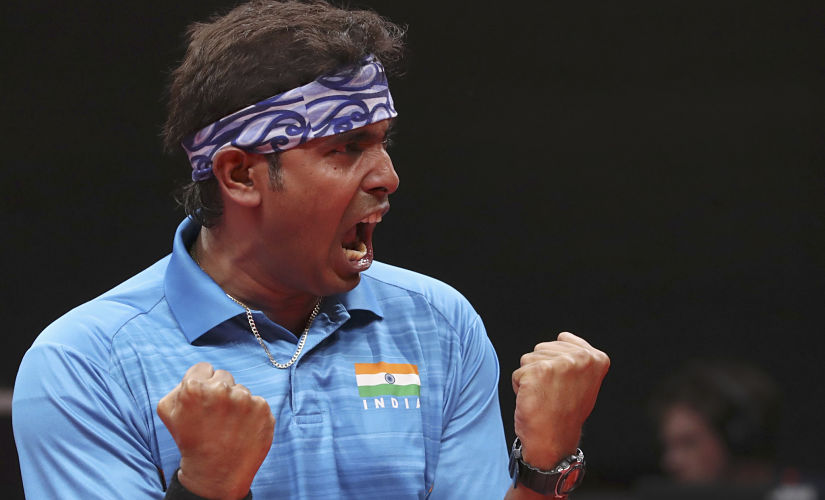 All through this, Sharath the 'big brother' was playing a decisive role.

"When he (Sharath) is there in the team, you feel confident that you have such a legendary player and he's been helping us throughout, giving us all the guidance," said Sathiyan.

Just like Costantini off the court, Sharath played the role of pressure-soaker on it.

It was a combination of these factors that clicked in unison. While all the talk was about matching Delhi heroics, the Indian paddlers went one step ahead and set a new benchmark in Gold Coast. The fact that they did it away from home made the success even sweeter.

"Now our benchmark is so high that even for us to repeat it, I don't know how it will be next time," joked Sharath.

It will be a bigger challenge next time. However, it's a continuous learning process and the success in Gold Coast has shown that Indian paddlers are not intimidated by anyone in the world.

"The resonance of these results will be spread in every corner of the country," Costantini said. "Our players are heroes, many kids would want to play table tennis and become someone like a Sharath or a Manika."

With World Championships coming up in a few days time, the Indian paddlers will be back on the road, to achieve greater heights. But for now, it's time to revel in the success and enjoy a rare time off with family and friends.