Gold Coast: The ball-tampering furore weighing heavy on his mind, Australian swimming coach Jacco Verhaeren wants his wards to be on their best behaviour during the Commonwealth Games starting on 4 April.

The Dutchman said he is mindful of the expectations from the athletes at the CWG after the backlash triggered by the ball-tampering row. 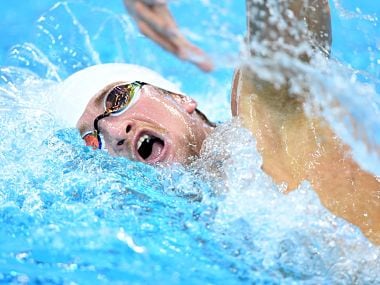 Captain Steve Smith, his deputy David Warner didn't just lose their leadership roles but were also suspended for one year each for plotting to tamper the ball against South Africa.

The third man at the centre of the furore, Cameron Bancroft, was banned for nine months.

"It's obviously something big in Australian sport, and honestly worldwide, so people are looking at that," Verharen was quoted as saying by the CWG's official website.

The Games will start on Wednesday with the opening ceremony, while the swimming competition will get underway from 5 April.

"The swim team is pretty much under the magnifier already. Definitely, the Australian public looks critically, not only at performance, but also behaviour, and we are well aware of that," he added, referring to the swimming team's own past trysts with disciplinary issues.

After the 2012 London Olympics, the Australian swimming team found itself at the centre of a massive controversy when an inquiry's report revealed that it's athletes breached team rules relating to alcohol, prescription drugs, bullying and curfews during the Games in incidents described as "culturally toxic".

Verharen was brought in to deal with these problems and he feels the team has moved forward from that time.

"I would honestly say that these guys are incredibly well mannered and well behaved," he said.

"There's a lot of cohesion at the moment. Myself, with a few others plus the athlete leaders, are actually in contact and in constant conversation about what's going on within the team," he added.

Verharen, however, admitted things can always go wrong while handling a large contingent of athletes.

"Of course we're travelling with 100 people here, so it would also be naive to think that nothing can go wrong, and sometimes with 100 people it's almost likely that somebody will do something you might regret.

"That's still OK, that doesn't reflect the whole team's behaviour. I think swimming and sports has learnt its lesson," he concluded.