It is a mouthwatering showdown between two of Europe's super clubs, with PSG eager to cap their rise in the last decade under Qatari ownership and Bayern hoping to lift the trophy for the sixth time.

And it's all over! Bayern have lifted their sixth European Cup to tie Liverpool in third place overall. Despite the lack of goals, it was an entertaining match, with chances galore. Paris Saint-Germain were just not their usual selves today, and their attacking intent was kept well under control by Bayern.

Kingsley Coman puts Bayern ahead! The goal is made by the ingenuity of Joshua Kimmich, who scoops a gorgeous ball to the far post, where the French winger is waiting to head in. Hansi Flick's men have the advantage, and on the basis of the last 60 minutes or so, you'd be hard-pressed to say they haven't earned it!

Like the Europa League final, the Champions League final also sees a team seeking their first silverware in the competition against a team going for its sixth. It is also the first time since 1998 that the domestic league champions that entered the competition, have progressed to the final. This is a classic, traditional European Cup.

Click here to read more of Tanuj Lakhina's preview of the final!

Hello and welcome to our coverage of the Champions League final!

On tonight's itinerary is the battle of the supposed 'farmers', with Bayern Munich and Paris Saint-Germain facing off against each other in scenic Lisbon. Stay tuned as we bring you all the live updates from this enticing match-up!

That's it for tonight folks!

This season of football has finally come to an end, several months after it was supposed to. We've been through a lot in these past few months, and there's many a mile left to walk yet, but football has a way of lifting spirits in the most trying of times. Make sure you join us again in September, when football will make its return. We'll be right here, getting you the latest updates on your favourite teams. Until then, stay safe and goodnight. 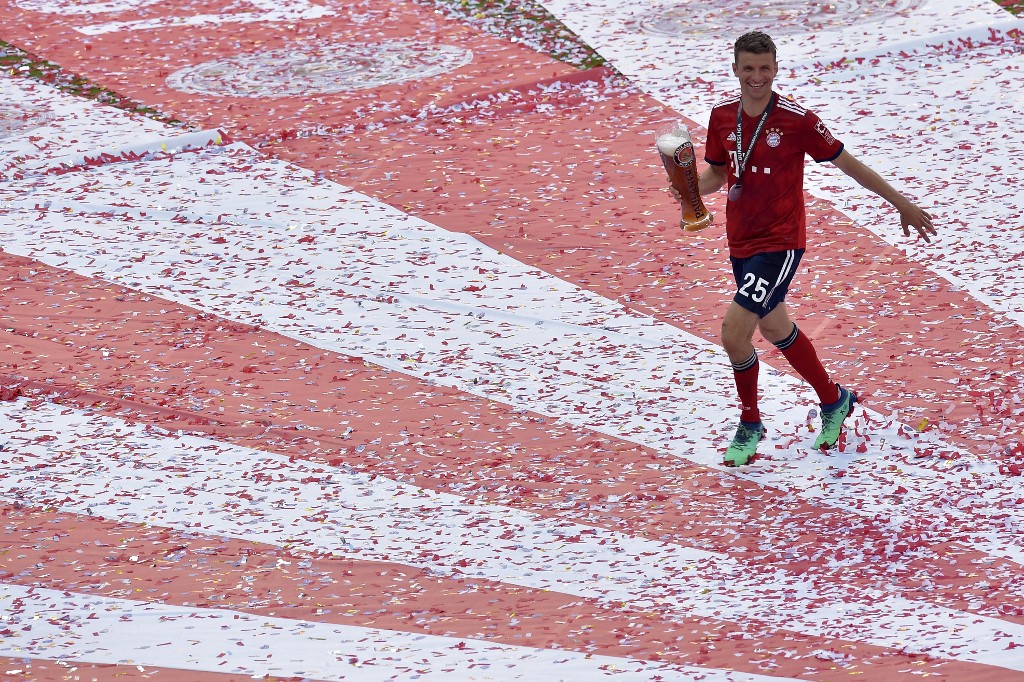 And it's all over! Bayern have lifted their sixth European Cup to tie Liverpool in third place overall. Despite the lack of goals, it was an entertaining match, with chances galore. Paris Saint-Germain were just not their usual selves today, and their attacking intent was kept well under control by Bayern.

Time's really running out for Paris Saint-Germain here, they need to throw the kitchen sink at Bayern. Bayern look fairly comfortable, the attacking prowess of Mbappe, Neymar and Di Maria doesn't look like it'll be enough. Maybe it's time for Stoke's finest to shine, can the one and only Eric Maxim Choupo-Moting come up with something special?

Credit to Paris Saint-Germain, they've responded well to going behind. They're really going for it, with Angel Di Maria in particular causing one or two problems for the Bayern defence, while Mbappe also had a penalty unjustly denied. It doesn't at all look like an equaliser is out of reach for them.

What a save from Manuel Neuer! Marquinhos, of all people, is played through on goal by an exquisite reverse pass from Angel Di Maria, and his shot if turned away by the outstretched leg of Neuer. The German keeper has been absolutely immense between the sticks for the Bavarians tonight!

Kingsley Coman's not going back home for a while, eh?

Kingsley Coman puts Bayern ahead! The goal is made by the ingenuity of Joshua Kimmich, who scoops a gorgeous ball to the far post, where the French winger is waiting to head in. Hansi Flick's men have the advantage, and on the basis of the last 60 minutes or so, you'd be hard-pressed to say they haven't earned it!

This game's been simmering for a while now, and the pressure releases itself in the form of a bust up, as PSG players react angrily to a foul from Serge Gnabry on Neymar. The replay shows it's a cynical tackle, and Neymar, as he is known to do, makes the very most out of it. Gnabry gets a yellow, and so does Paredes, for his involvement in the shoving and pushing after the foul.

The second half has begun in much the same way as the first, with serious intensity. It's not as pure and attacking a final as you'd have expected, there's more than a few underhanded fouls going around.

Preview: The Paris Saint-Germain of Neymar and Kylian Mbappe go after a first-ever Champions League title behind closed doors in Lisbon on Sunday, but will have their work cut out against a Bayern Munich side led by the prolific Robert Lewandowski.

It is a mouthwatering showdown between two of Europe's super clubs, with PSG eager to cap their rise in the last decade under Qatari ownership and Bayern hoping to lift the trophy for the sixth time.

Such an occasion deserves to be played in front of a full stadium, but the cavernous, 65,000-seat Estadio da Luz will be empty.

No fans are allowed in, as has been the case throughout this unprecedented 'Final Eight' tournament in the midst of the coronavirus pandemic.

"It is true that it will be odd to play behind closed doors. We would have liked to have our supporters there but I know they are supporting us where they are. But this is still the Champions League," said Mbappe on Saturday during a virtual press conference.

The competition was suspended for five months before finally resuming earlier in August, with two-legged ties done away with in the quarter-finals and semi-finals.

"You still feel all the tension. Everyone wants to win it, especially with this unusual format. Everyone will remember this for a long time because of the tragic events surrounding it," Mbappe added.

While the atmosphere in the ground will be surreal for the few hundred allowed to attend, the match promises to be fascinating, pitting together two teams whose domestic dominance is almost total and who were both comfortable winners in the semi-finals.

Go down in history

They are the first French representative to get this far since Monaco in 2004 and can become just the second team from Ligue 1 to win European club football's biggest prize, after Marseille in 1993.

"This is exactly why I came here. I always said that I wanted to go down in my country's history. (This) is another chance to do that," said Mbappe.

If PSG represent the nouveau riche, Bayern are one of the continent's traditional giants. This is their 11th final.

The last of their five victories came in 2013. Four starters from that 2-1 final win over Borussia Dortmund at Wembley — goalkeeper Manuel Neuer, Jerome Boateng, David Alaba and Thomas Mueller — could play here, although Boateng is a doubt with a hamstring injury.

When, in 1974, Bayern won their first European Cup, a young PSG outfit were only just winning promotion to France's top flight.

Leaving aside their storied past, Bayern appear the most formidable team in Europe just now.

Their 3-0 semi-final win over Lyon was their 20th consecutive victory. They are unbeaten in 29 matches since December last year under coach Hansi Flick.

They have already pocketed a German league and cup double, with the Bundesliga title their eighth in a row.

They have won all 10 matches in the Champions League this season, scoring 42 goals, including a 7-2 win at Tottenham Hotspur and the 8-2 quarter-final demolition of Barcelona.

Lewandowski has 55 goals this season. But he is more than ably supported.

Bayern take the risk of playing with a dangerously high defensive line. Yet it remains to be seen if they can afford to take that risk against PSG's attack of Neymar, Mbappe and Angel Di Maria.

"We've always played with a high line and ultimately we've got results doing that so we won't change too much," Flick insisted.

The French champions, under German coach Thomas Tuchel, have themselves lost once since 1 November, last year, and they overturned that 2-1 reverse in Dortmund in the last 16 by winning the return leg.

"It is a small advantage for Bayern that they are used as a club to playing these games. I accept that, but it is not a decisive advantage," said Tuchel.

Neymar is in fine form and Mbappe has recovered from an ankle injury, while Tuchel was optimistic playmaker Marco Verratti would start after a calf problem.

However, there remains a doubt over goalkeeper Keylor Navas, three times a Champions League winner with Real Madrid, after he missed the semi-final.