The 53-year-old Bowden, who officiated in 84 tests and 200 one-day internationals over 21 years, amused cricket fans with his eccentric signals, especially the crooked finger with which he indicated dismissals. 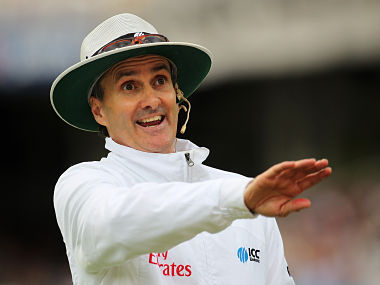 Bowden insisted he couldn't extend the finger because of arthritis.

He was dropped from the International Cricket Council's (ICC) elite panel in 2013, returned in 2014 but was omitted again after umpiring the Test between the West Indies and England in Barbados in May, 2015.

Meanwhile, Indian umpire S Ravi has retained his place in ICC's 'Elite Panel', while C Shamshuddin has been elevated to 'Emerging Panel'.