BCCI may appoint a consultant to strengthen ACSU: Jagmohan Dalmiya

Kolkata: BCCI President Jagmohan Dalmiya on Tuesday said the cricket Board was contemplating appointing a consultant with an impeccable reputation to strengthen the Anti Corruption and Security Unit (ACSU). 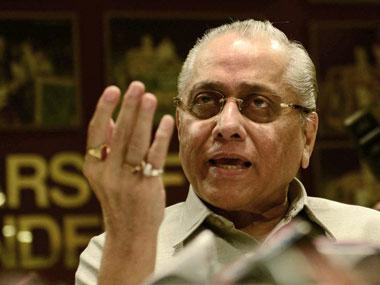 "Already a full-fledged Anti Corruption Unit of the BCCI is in existence. However, in order to further strengthen the Anti Corruption Unit of the BCCI especially in matters related to the Indian Premier League (IPL), it is being contemplated to bring in someone with impeccable reputation and having experience in presiding over challenging investigations relating to sporting frauds as a consultant in addition to the existing set up," Dalmiya said in a statement.

The BCCI is yet to name the members of the ACSU sub-committee, as it has been kept on hold unlike the other sub-committees which were named on April 6.

Dalmiya, who has returned as the BCCI president at the Board's AGM, said: "BCCI believes in zero tolerance approach to corruption in the game and sporting frauds. After all, there has to be every effort to make cricket pure and spotless."