Ban capt, coach for life if found guilty of corruption: MCC to ICC

Stating that corruption posed the biggest danger to the game of cricket, the MCC World Cricket committee, that met in Cape Town on 8-9 January, made a few recommendations to the ICC’s Anti-Corruption and Security Unit (ACSU).

According to a Marylebone Cricket Club (MCC) press release, the committee made the following 10 recommendations to the ACSU:

1. Lifetime bans for any captain, vice-captain or coach found guilty of corruption.

2. Consider the removal of minimum sentences in the ICC’s anti-corruption code. 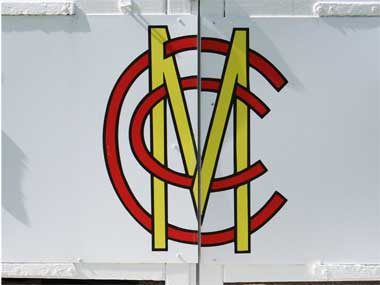 Stating that corruption posed the biggest danger to the game of cricket, the MCC World Cricket committee has proposed lifetime bans for any captain, vice-captain or coach found guilty of corruption. Getty Images

3. Education materials and punishments at international level should be mirrored at domestic level. These materials should be enhanced, multi-lingual and available in more player-friendly formats.

4. The ACSU should work closely with players to establish trust and be transparent with its findings to show the cricketing world that its efforts to prevent corruption are working. The committee appreciates that transparency has to be balanced by the requirements of confidentiality.

5. Young but established players, both international and domestic, and their captains, should be promoted as ambassadors of the Spirit of Cricket and role models who pledge to educate and protect other young players.

6. Where not already in place, specific anti-corruption clauses should be included in players’, officials’, coaches’ and administrators’ contracts.

7. The committee is keeping an open mind on the use of polygraphs, but for now does not recommend that their use be encouraged except as a possible route by which suspected players might attempt to exonerate themselves.

8. ‘Mystery shopper’ operations should be considered, preferably directed at somebody already suspected.

9. Relevant authorities to explore any unexplained wealth of suspected players and each governing body should hold a gift register for its players.

10. The ACSU to have an increased capacity and budget to be able to do its job thoroughly, including the analysis of all domestic and international televised matches.

The committee also urged the ICC to ensure uniformity on the implementation of the Decision Review System. "It is wrong that there are such different playing conditions – that the DRS is not used when India play," the committee said.

The committee members were disappointed that no place has been found for a World Test Championship play-off until 2017. It said that David Richardson has agreed to look again into all possibilities for instituting it earlier; and that at least it has been agreed for 2017.