Sydney: Australia are facing mounting calls from former greats for a drastic overhaul of how cricket is run as they stare down the barrel of a first-ever home Test series whitewash. 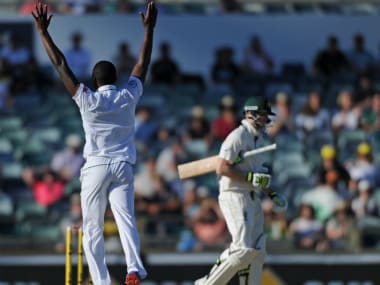 Five Test defeats in a row -- just nine months after being crowned the world's top-ranked team -- have left the sport-obsessed country convulsed over the downward spiral of the national team.

Cricket Australia's under-fire chief James Sutherland admitted they were "lucky to be a top 10 side" after the abject surrender to South Africa by an innings in the second Test in Hobart.

Captain Steve Smith confessed he was "embarrassed" and "humiliated" but now faces the prospect of crashing to an unprecedented 3-0 series defeat in this week's final day-night Test in Adelaide.

Why Australia have fallen so far so quickly is complex. But former greats say the demise has been long coming.

The 124-year-old Shield has been devalued by using it as training run for Test players, introducing experimental rule changes such as substituting bowlers, and stunting the career path of young promising players.

Rather than coaching at state level or helping the national team, Ponting currently commentates on TV and radio as do former Test luminaries such as Mark Taylor, Shane Warne, Ian Healy, Michael Clarke and Michael Slater.

"Cricket Australia know this. If you look through the greats of the game, how many of those guys are actually back inside the system coaching somewhere?" said Ponting.

"They’re not. They’re all sitting back behind a microphone commentating because they get paid more and it's less intrusive time-wise.

"I think it's something that needs to be looked at."

"And we can now see they don't have any impact," Healy said, pointing out the spate of recent batting collapses.

"There’s too much cricket on and... not for the betterment of cricket," he said. "A lot of it comes down to the money that’s generated."

Other former players have cited poor preparation before the disastrous Test run, with an abundance of one-day and Twenty20 cricket not conducive to excelling in the five-day format.

Cricket Australia chief executive James Sutherland, under big pressure for overseeing the current mess, admits it is an issue.

"Preparation is definitely something we will have a closer look at. It is partly about performance but also about the business of cricket as well," he said.

The fall-out from the run of losses has begun with Marsh gone as chairman of selectors, and six changes made to the team for this week's Adelaide Test in a bid to stop the rot.

If Smith's side crash again they will join the 2013 team in losing six successive Tests. You have to trawl back to the 1880s to find an Australian team that lost seven.

"We accept that a lot of the criticism that has come our way has been warranted," he said.

"I ask that everybody takes a deep breath and gives this new team a bit of space. We need everyone to get behind these blokes."