Sydney: Commonwealth Games champion shuttler P Kashyap set up a clash with World No 1 Son Wan Ho from Korea in the main draw of the Australian Super Series today after coming through qualifiers with two wins on the trot.

Kashyap, who is trying to make a comeback after losing a lot of time due to a series of injuries, saw off China's Zhao Junpeng 21-15 21-18 in the opening round before disposing Indonesia Superseries Premier runner-up Japan's Kazumasa Sakai 21-5 21-16 in the second men's singles match. 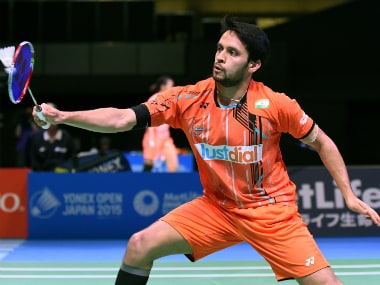 In the main draw, Indonesia Open champion Kidambi Srikanth will face Kan Chao Yu in the opening round after the shuttler from Chinese Taipei defeated Australia's Jacob Schueler 21-15 21-8 and Chinese Taipei's Chun-Wei Chen 21-15 23-21.

Siril Verma also made it to the main draw after brushing aside Indonesia's Yehezkiel Fritz Mainaky 21-9 21-9 and then defeating compatriot Shreyansh Jaiswal 21-16 21-15.

In women's singles qualifying round, Ruthvika Shivani Gadde beat Australia's Sylvina Kurniawan 21-15 21-15 and then dumped another local player Ruwindi Serasinghe 21-9 21-7 to make it to the main draw.