Valsad: Medium pacer Arup Das wreaked havoc with figures of 8/83 as an unfancied Assam continued their giant-killing spree in the Ranji Trophy, defeating Punjab by 51 runs to enter the semi-finals on Saturday. 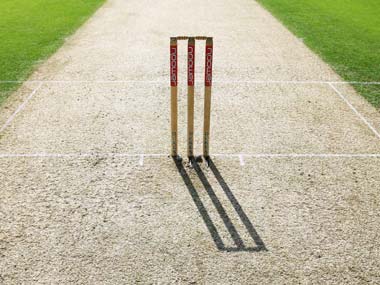 Needing 288 for victory, Punjab were precariously placed at 224 for eight, needing 64 runs to win with just two wickets in hand. They were finally all out for 236.

The final day's play lasted barely 20 minutes as Assam got the two final two wickets in 3.2 overs with the addition of only 12 runs.

First it was Geetansh Khera (35), who got a delivery from Arup that moved in a shade to trap him in front in the very second over of the day.

In his next over, Arup brought joy for the Assam camp as Deepak Bansal was also trapped in front of the stumps as the Punjab second innings ended in 63.2 overs.

Even though Assam were skittled out for 101 in their second innings, they did well enough to get a huge first innings lead of 186 runs which enabled them to set a defendable target.

Assam will play Saurashtra in the last-four clash.